10 More Cute Southern Phrases And What They Actually Mean 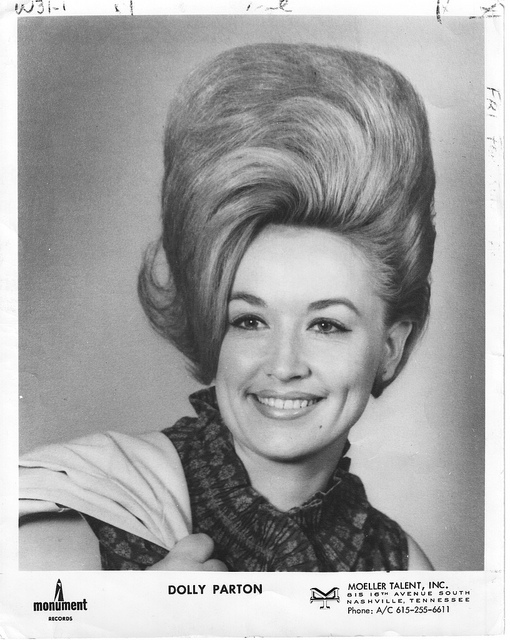 Note:  Many thanks to the fine folks who suggested phrases for this second edition…

Translation: “I am completely stunned by this unexpected turn in our conversation. And since I didn’t have an adequate response I decided to just say something about food.” This is a phrase one might utter after having just been told that your new beau, Thrash, is actually your long-lost half-brother, the secret result of a randy hayride during Homecoming twenty years ago.

Translation: “I am so glad that the horrible thing going on in your life right now is happening to you and not me. Maybe if you’d stay out of the honky-tonks and made it to church every once in a while this wouldn’t happen.”  This is a phrase that Pearline would croon to Jezebella after hearing about the whoopsie with her half-brother. Then Pearline would hang up and call Lurlene to make sure that the rest of the town knew all about Jezebella’s poor decision-making and the dangers of Homecoming traditions.

Translation: “Accomplishing a mission with great precision and speed, similar to a quacking bird using it’s beak to swallow up a tasty tidbit of gossip beetle.” This is the manner in which Lurlene would behave upon hearing the news about Jezebella, racing to spread the fresh gospel truth by calling all of her chatty girlfriends, thankful that her little town still had party lines and she wouldn’t have as many numbers to dial.

Translation: “Being in a state of extreme anger and frustration.” This is how Jezebella would feel when, after having barely hung up from Pearline, she steps out on the verandah to discover sorority sister Betty Dean standing there and holding out a hand-knit hankie, since Betty Dean has already heard the shocking details of Jezebella’s jack-up from her cousin Betty Bean who heard it from her daughter Butter Bean who just happened to work for the local paper and they were already printing the story, two minutes after Pearline first got on the horn.

Translation:  “Disregard the previous transaction.” These are the soothing words that Betty Dean would offer Jezebella, indicating that Jezebella should ignore the evil transgressions of that horrid Pearline woman. You just keep your head high and go on about your life. Now, can I get you a cold drink?

Translation: “An intense desire for something which you currently do not have.” When Jezebella sighs and admits that she does, indeed, have a hankerin’ for a Coke right now, the ladies go inside and start banging around in the icebox, trying to decide which kind of Coke they want, because all properly-trained Southerners know that a “Coke” does not mean a “brand”, it just means “carbonated beverage of some kind”, preferably served with peanuts that you can plunk in the bottle as you drink. (And when you say the word, the emphasis is on the “o” and not the “c”. cOke. Mmm hmm.)

Translation:  “Analyze the relevant details of your current life crisis and review your possible options, legal and otherwise.”  This is what Betty Dean advises Jezebella that they are going to do as they get settled on the sofa / divan / davenport / couch (select appropriate furniture term which means “long thing that several people can sit on” in your particular Southern state). Once seated, Jezebella snatches up Granny Mae’s crocheted afghan from its home on the back of the seating device and wraps it around her shoulders, finding comfort in it even though it has that odd rosewater baby powder smell that never really goes away.

8. “Slicker than a greased pig at the County Fair.”

Translation: “That person is completely untrustworthy, devoid of moral values, and possibly a sociopath.” This phrase would be used by Betty Dean to summarize Pearline’s personal attributes. We might also hear some mess along the lines of “don’t trust her more than I can throw her” and “up to no good” and “too mean to live”.

Translation: “I strongly suggest that you take the following steps to achieve victory and redemption in the near future concerning this matter.” This would be an introductory phrase used by Betty Dean as she outlined a careful plan for Jezebella to destroy the miserable wretch with the loose lips.

Speaking of lips being loose, Betty Dean might also pause during the discussion to retrieve Jezebella’s Daddy’s bottle of bourbon from his antique secretary, where Daddy sits and does lots of things except any actual paperwork, probably because of the bourbon. The ladies might actually proceed to make mint juleps, but not necessarily, because the weather is often so hot in the South that it’s too humid to grind mint, change the TV channel, or wear panties. It’s okay to drink straight from the bottle, just be sure and wipe the lipstick off when you’re done.

Translation:  “Despite the visual imagery and the reference to Old Testament celestial violence, this term is simply a notification to unsavory acquaintances that they should leave your dwelling, avoid the backswing of potentially dangerous portals, and never return.” Betty Dean, her words beginning to slur from the bourbon, will encourage Jezebella to get back on the horn and give Pearline and Lurlene and whoever the hell else a big piece of her mind.

Jezebella, staggering slightly under the weight of the now itchy-scratchy afghan as well as the Daddy bourbon, will pick up the phone, only to discover that all circuits are busy because the town hasn’t had this juicy of a dish to discuss since that time Ordell found a human foot in his septic tank.

“Well,” says Betty Dean, “let’s go in the kitchen and fix us somethin’ to eat. I could use me some biscuits and gravy.”

So off they go, clattering into the most important room in a Southern home.

And as Betty Dean poured another scootch of milk into the crackling cast-iron skillet, she smiled secretly to herself, for two reasons. One, ain’t nothin’ better than grease-based gravy on anything. And two, that mighty fine hunk of man named Thrash was apparently back on the market…