The 12 Shots of Christmas 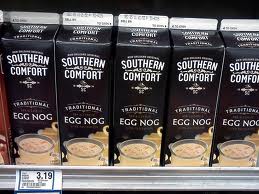 Editor’s Note: This is a refurbished older post, a cautionary tale of what can happen when you mix the gift-exchange process with excessive amounts of alcohol. The references are a wee bit dated, but the underlying moral is the same: Don’t drink and unwrap. Unless everybody else is drinking and no one is paying any attention to you…

On the first shot of Christmas, my true love gave to me… oh, a copy of “Dead Rising 2” for the XBOX 360. He is so sweet to do that, fully understanding my need to annihilate hordes of undead people that irritate me. Granted, this game doesn’t provide a very peace-loving view of the world, insisting that you slaughter folks in a shopping mall without having a chance to really get to know them. But these are zombies, contributing little to society and mostly just getting in the way, so the quicker they are out of your life the better. I’m not sure where I developed this disdainful view of the undead. (Surely it doesn’t have anything to do with living in a red state surrounded by Republicans.)

And look at this, he also got me the Game Guide for Dead Rising, so I can be sure to track down every possible person that can be killed in the mall, even if they have nothing to do with the story or the missions. My guy is really thoughtful to include that. I’m just going to place these items over here in a clear space on the coffee table, where I plan to stack all of my loving gifts, especially those that involve carnage. It can be my “don’t mess with me” pile. Everyone needs one of those.

On the second shot of Christmas, my true love gave to me… a Kinect for the XBOX 360! You know, one of those things where you don’t even need a controller, you just hop around in front of it and the thing interprets your actions and you either win or lose. It’s very sophisticated and high-tech, the latest gadget that everyone must have if they plan on remaining socially relevant. Of course, it’s quite easy for The Machine to misinterpret or even ignore your wants and desires, which results in political elections where you have to vote for the candidate who irritates you the least.

We got to watch folks using one of these Kinect things at a party a month or so ago. They were leaping about, doing high kicks and such, so it was very exhilarating. They were also sweating, and that didn’t seem quite as atractive. I’m not sure that I need to be moist in public. But I’m glad that my honey remembered that I was interested in the Kinect. Of course, I helped his memory along by declaring something along the lines of “this better be under the tree for me or there will be complications”. I’m a firm believer in “it’s the thought that counts”. Unless you’re not thinking properly. Then you better have a receipt.

On the third shot of Christmas, my true love gave to me… (What is in this drink? My tongue feels funny)… um, some new jammie pants! I love jammie pants! I have tons, but my absolute favorite pair was getting a bit worn out, with a large gaping hole big enough that you could drive a truck through, in a very personal place. Suffice it to say that freedom’s just another word for bending over to change the DVD player. (My apologies to the neighbor who happened to jog past the front window right as I was switching from the X-Files disc to the next Charmed installment. I’m sure you didn’t expect such a revelation. Neither did I.)

I think I’ll put these jammies on right now, because I’m feeling both festive and in the mood for a costume change. Oh wait. There’s still tags and stickers and stuff on these pants. I don’t really have the energy to mess with that right now. Especially if I have to go find something sharp to hack at those annoying plastic thingies underpaid workers use to rivet the tags into the garment, making them nearly impossible to get out without an exorcism. I’ll just throw the jammie pants on my little pile and worry about things later.

On the fourth shot of Crispness, my true love gave to me… Crystal Bowersox’s CD! She so should have won American Idol, not that other guy. What’s his name? Lee something? Crystal was WAY better, but I can see how she scared some of the budding Barbie dolls with her questionable teeth color and hairstyles that were not necessarily a wise choice. But that girl could sing. Especially when she did that one song. I can’t remember the name right now. Something like “Go Tell Pa On Walton’s Mountain”. And that other song, about Summer Breeze, makes her feel fine. Apparently her boyfriend stopped making her feel fine, cuz he got the boot. Sure did….

What were we talking about?

On the fist shot of Crispy, my too love gave to me… This better not be underwear. Whoops. It’s underwear. But I really did need some new pairs. Some of my older pair are paper thin (you can see France!), and the elastic has been reduced to a fine white ash that leaves a chalk mark around my waist. So panties are good. Wait. Where did panties come from? I don’t wear panties. Do I? (Sound of underwear package being tossed haphazardly onto gift pile, with something skittering off the table and ricocheting under the couch. No one bothers to see what it might been. The cat will eventually find the AWOL tidbit and plunk it in his water bowl.)

On the…. what shot are we on? Six? Are you sure? I thought I already sang that one. Anyway, now we have… (sounds of someone encountering extreme difficulty with tape applied to resilient wrapping paper)… it’s… oh, an electric Scrabble game! It tells you your score and beeps and everything. This is SO cool. I love it! What’s next?

What? Why are you asking me that? I did too like that gift. No! I didn’t throw it. It’s just the coffee table is way over there and I wanted to make sure it landed right. That was a LOVE throw, cuz I love it and I’m going to play… whatever it was, forever!

On top of old seven shot, all covered with cheese… I found my true love, when somebody… I can’t get this one open. Can you do it for me? I’ve REALLY got to pee. Be right back. (Sounds of slightly staggering feet, followed by the distant crash of something that was no longer on the bathroom counter, and the toilet seat being slammed downward with enough force to create a small mountain in China.)

Okay, I’m back. Hey, where is everybody else? Oh, I can hear somebody in the kitchen and I hear ice. Yay! More drinks. I’ll just be nice and wait and look at my presents. Hey! Why am I getting underwear and clothes? That’s what you get for little kids and old people. Oh my God! I’m old now! My time is coming. I could be a zombie soon! I don’t want to do that. People will shoot me in the mall before I can get a pretzel at Hot Dog on a Stick.

I don’t remember the numbers any more. Just give me another present.

Why is it called tequila? Does it mean something to Spanish people? I wish I knew Spanish. I know French. Well, I used to know French. Somebody knew French, and I think it was me. I’m not sure. Do you really love me? Hey! I have two feet!

I don’t KNOW why I’m crying. That commercial was just SO sad. What do you mean the TV isn’t on? I can see things moving on the screen. Oh, maybe that’s me. Wait. Who are you? Do you know how to make margaritas? I love margaritas. We need some Jimmy Buffett music. He knows about margaritas. And he blew out his flip flop. Now I’m crying again.

I don’t WANNA open nothin’ else and you can’t make me. And I am NOT slobbering on you! Boys are stupid. And plaid. Boys and plaid are stupid. And cars. Why are there so many cars? They’re everywhere. All over the place. With their wheels and everything. Does anybody have any croutons?

On the twev shot tequila crispy… gave me true… the something… LOVE! I love everybody. EVERYBODY! I just want happy and peace stuff for all, the whole world. I’d like to teach the world to… what do they need to know? Why are there nuns on the crispy tree? Penguins? Who puts… that’s stupid… I’m so tired… but I love everybody… but if I go to sleep, no more singing and love… for me… and that’s all I want. Peace for… people that need peace. And to all a good… I’m just gonna lay my head on this underwear package, cuz it looks soft… just for a second… peace… love is all around… even if people  don’t have croutons when I want them…

Wait! Is that a zombie over there?

How did we get to the mall?

Best wishes to everyone, wherever you may be and whatever you are doing during this holiday season. Embrace it.