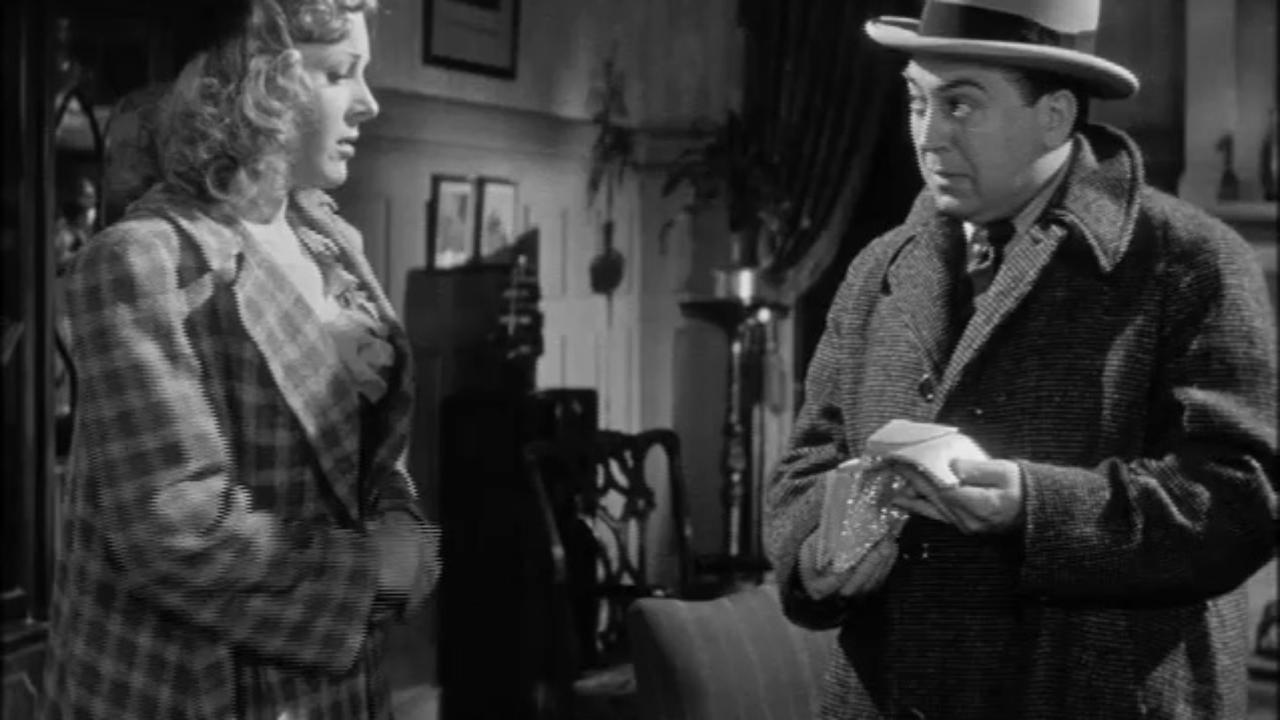 Evelyn: “What on earth are you doing in my apartment? And why are you holding my diaphragm case?”

Inspector: “Is that what this is? I thought maybe you were collecting those little Jewish hats. But since we’re on the subject, why is this case encrusted with rhinestones?”

Evelyn: “If you must know, I truly value those things which can help keep brutish men from dominating my life. So if I get out a glue gun and some sparkly bits to show my appreciation, you really shouldn’t judge me.”

Inspector: “Oh, I’m not judging, at least not yet. I was merely looking for clues, and I couldn’t help but notice this thing, shining away on your coffee table. Is that where you normally keep it? Do you really need that kind of quick access to such a device? What happens in this apartment?”

Inspector: “Oh, don’t bother with that. The manager gave me the key. After all, we’re investigating the murder of the occupant in Apartment 6C.”

Evelyn: “6C? Something has happened to Alfredo?”

Inspector: “Well, yes, if you consider murder to be something. And the deed was done with a glue gun. And there was a trail of rhinestones which led to Apartment 6D, which is where we now stand. Are you following the logic of why we might need to be in your apartment?”

Evelyn: “Oh. Well, I loaned my glue gun to Alfredo. He had something crafty that he needed to do.”

Inspector: “Did he have his own diaphragm that needed bedazzling?”

Evelyn: “Perhaps. I’m certainly not one to point fingers, but he’s in a chorus line on Broadway, and you know those people like to give things a certain jazz-hands panache. And it’s entirely possible that one of his trysting partners was a bit more surly than expected and things got out of hand.”

Inspector: “Duly noted. Also of note is the message that Alfredo managed to cross-stitch into his high-end duvet as he expired on his bed. Would you care to hear his parting words?”

Evelyn: “I can’t imagine how those words would apply to me, but proceed if you must.”

Inspector, whipping out a notebook: “The bitch next door did it.”

Evelyn: “Who could he possibly be referring to?”

Inspector: “Well, there’s not an apartment on the other side of him, so…”

Evelyn: “I demand to speak to my lawyer.”

Inspector: “Understandable. But we’ve already spoken to him, and he had some interesting things to say.”

Inspector: “That he’s no longer your lawyer.”