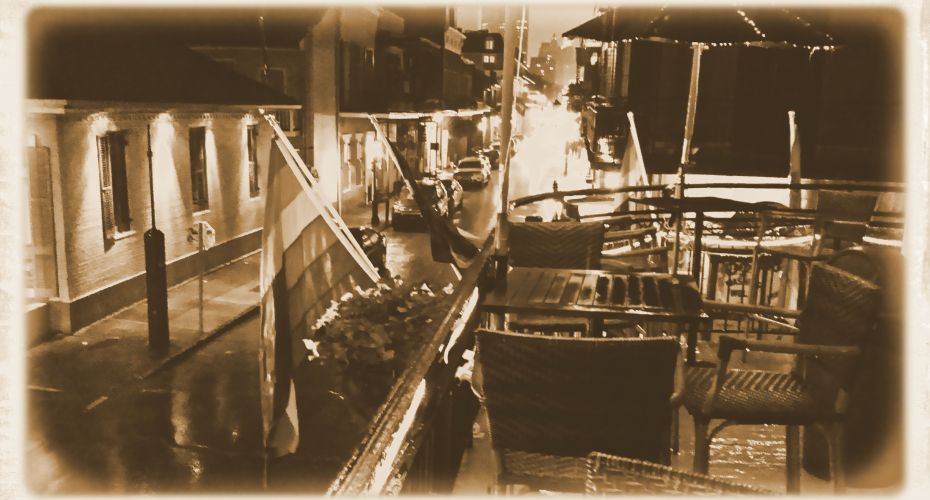 I kept telling myself all day that I wasn’t going to write about the shooting.

It’s not that I didn’t care or I didn’t have anything to say, far from it. But I knew that if I entered the digital discussion, I would inevitably run into conservative whack-jobs who have no grasp on reality, filled with hate. They are legion, these non-evolved cretins who apparently have nothing better to do than sit at their damp keyboards, wet with the rot from their decomposing minds, seizing on any and every opportunity to maniacally rub salt in the fresh wounds of innocent victims.

I just didn’t have the stomach for it, not today, not when I needed to grieve and process. Every one of these incessant, needless mass shootings affects me, tears at me, baffles me with the incomprehensible concept that a supposedly modern country is unable to enact decent, logical gun-control legislation. But today was especially hard, with the target being my people, the gay community. We have been the focus of hatred, of disavowal, of unhesitating demonization by a political party that will happily destroy the lives of fellow Americans if it means they gain another seat in the Senate.

Yes, I was full of words, on this awful day, that needed to be released. But I initially kept my mouth shut, containing my anger, because one does grow tired after so many years of trying to speak the truth, speak of justice, speak of humanity, only to be confronted by people who have long since lost their humanity, if they ever had it at all.

As the day progressed, however, things changed.

The alerts began buzzing into my phone in the early morning hours. Something terrible was happening in Orlando. In my quasi-coherent state, drifting in and out of abrupt dreams, it all seemed somewhat surreal. Was I imagining this or was it really happening? As dawn broke and the nocturnal cobwebs cleared, it became all too real. Slaughter, persecution, madness.

My partner and I, upon rising, did not immediately turn on the TV. It was a place we did not want to go, not again. But eventually we did, at least for a few hours. Before too long, my mindset went from “We really need to see what’s going on” to “I can’t take this anymore. Let’s do something, anything else.”

We decided to watch some programs we had recorded on the DVR, random things that one or both of us thought might be interesting. The first selection was “All The Way”, the HBO movie concerning President Lyndon Johnson’s efforts to pass the Civil Rights Act in 1964. (On an unrelated note, Bryan Cranston as LBJ is a magnificent piece of acting.) On a related note, the depiction of America, just a few decades ago, with the astonishing lack of regard for the rights of minorities by some segments of both political parties, is mind-numbing.

After that sobering review, we then watched the first episode of the recent reboot of Alex Hailey’s “Roots”. There’s no reason for me to even go into the details of this story, other than to say that America’s history is stained with violent injustice. (And don’t even come at me with “other countries were doing the same”. It doesn’t make it right. Nothing makes it right. The history of mankind is packed with so many instances where “man” was nowhere near “kind”.)

Suffice it to say that this Bloody Sunday was sobering in so many ways, however coincidentally, and that I did not relax, I did not feel good, and my soul was abraded with the despicable things that we do to one another.

Still, I avoided making my own commentary. Until I finally signed in and began reviewing my social media. All of the things that I expected to piss me off did, but there were three things in particular that made it imperative that I say something, because to avoid doing so would make me complacent, make me unworthy, make me no better than the people who bitch and whine and hate without any regard for the dignity and value of others.

I realize that, at least within the confines of this blog, I am preaching to the choir, for the most part. While this is not an overtly political blog, I don’t hesitate to make my stance known, and any readers who are deeply offended by my musings most likely stopped being readers some time ago. Still, I don’t want to belabor the points until numbness seeps in, like the news broadcasts that droned for hours earlier today until it was all too much.

To Donald Trump, who took to Twitter with boastful tweets, bragging “I told you so” and proclaiming that he had “won” the discussion: This is not a competition, you arrogant, heartless twat. There was no victory, and everyone lost. (Runner up in this category goes to Texas Lieutenant Governor Dan Patrick who tweeted the Bible quote concerning “you reap what you sow”, blaming the victims in Orlando. The soulless tweet was soon deleted after an intense backlash, but the stench remains.)

To the people posting on social media, whose first thoughts were not “this is terrible” or “my heart goes out” but instead went directly to “I’ll be damned if Obama takes my guns over this” or “nothing would have happened if everybody was packing a gun”: There is something fundamentally wrong with your compassion and your priorities.

To the news organizations who have been flashing images of the shooter throughout the day, repeatedly and incessantly: Stop it. You are inadvertently glorifying a man who deserves no glory, creating a dark celebrity who will inspire other sociopaths out there to dream of achieving the same twisted fame.

Thank you for reading this far, if you have done so. I don’t like typing this, I don’t like being in this frame of mind, and I wish that this post wasn’t even necessary. But it is, and I had to go there. I cannot be ambivalent, succumbing to the growing apathy and indifference in our country that has resulted in a presidential candidate who preaches bigotry and hate from his money pulpit while innocent people die in a nightclub.

We all have a responsibility in this situation, a moral obligation to do what we reasonably can to alter the potential course of our society. Research the truth, have discussions, join an organization if you have the time and inclination, refuse to suffer fools, and get your ass in line every time that voting booth is open.

Don’t be silent. Don’t be idle. And do more than pray, folks. Do more than just pray.