10 Thrilling Moments Whilst Taking the Cat to the Vet 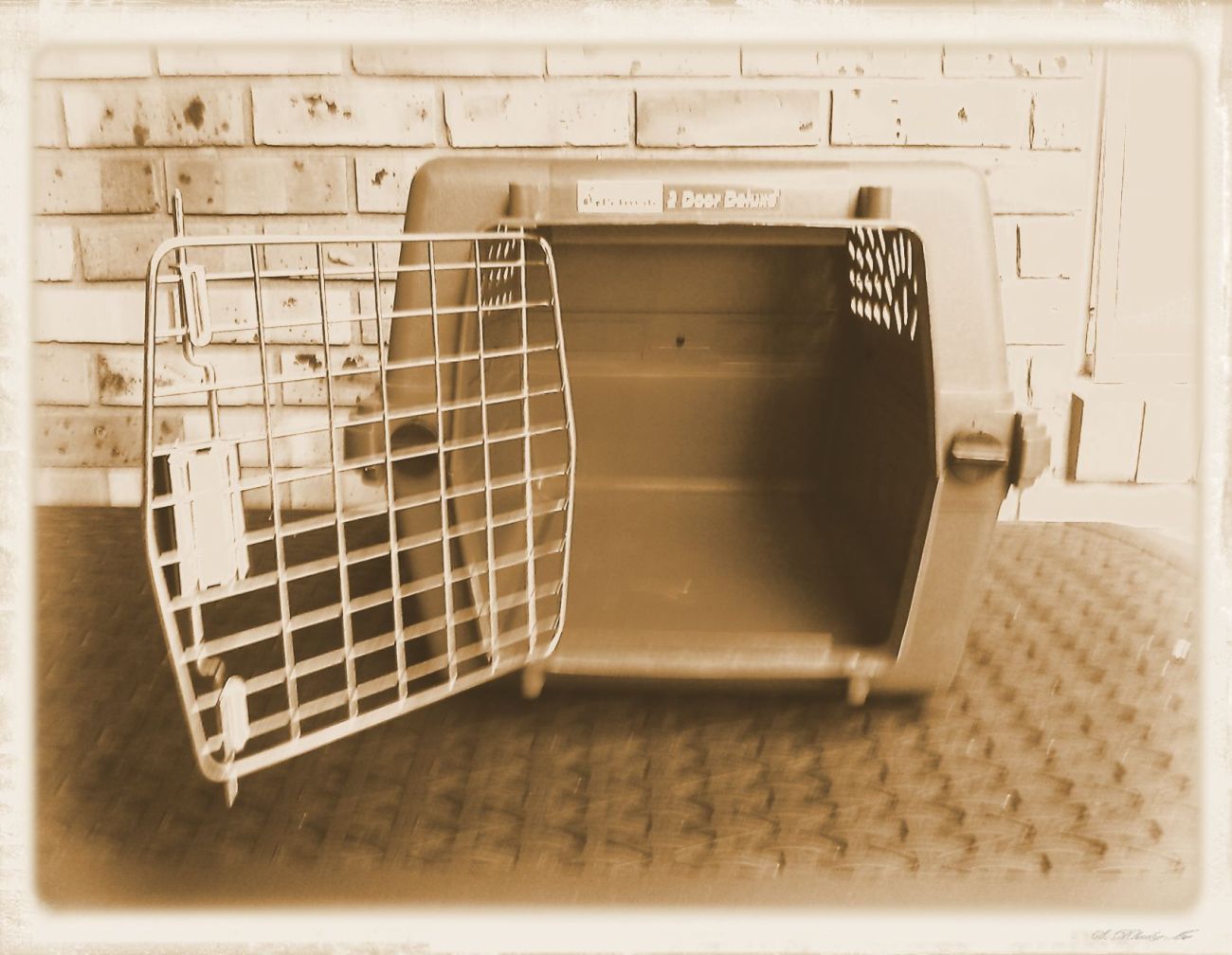 One must never allow the feline to view the cat carrier until it is absolutely necessary. If unplanned, premature viewing takes place, the cat will instantly head for Venezuela. This will happen even if they are playing frenziedly with their favorite toy or intensely grooming an apparently very naughty section of their coat. If you are lucky, you might catch a minimalist blur as they rocket to the farthest end of the house, giving you some idea of how to plan your search-and-seizure route. If you have one of those cats who can move faster than light, they could be anywhere. You may not find them for 3 days.

Eventually, of course, you do have to get the cat inside the satanic box of traveling torture. There’s a small percentage of the human population who own angelic felines that, when shown the open door on the cage, will magically and simply walk through the door, assume a comfortable position, and wait patiently. If you have a cat like this, celestial beings have anointed you with blessings whilst you slept, indicating that you must have done something super swell in a past life and the lay-away karma has finally arrived.

The rest of us must aggressively tackle the cat, lunge toward the carrier while enduring claw rips and howling, struggle desperately while the cat grabs at everything in the house that isn’t nailed down, and then finally stuff the furious ball of belligerent legs, whipping tail and Linda-Blair-head into the carrier, slamming the hell-portal shut before Beelzebub rises again.

Once you incarcerate your child, you must now get the Crate of Hissing Attitude from the house to the car. Sounds simple, but this is a lie. Especially if your cat is normally not allowed to leave your dwelling for any other reason. These cats, on a regular day, want nothing more than to visit the land of Forbidden Outside. Open doors, raised windows, the mail slot, all of these are potential escape routes for the yearning cat who feels his destiny is not being fulfilled, held back by a cruel and despotic owner.

But take one of these house-raised cats out into the real world? Well, it’s a whole different story then. Everything is completely overwhelming. The glare of the sunshine, the coat-stirring of the wind, the hideous aromas of nature instead of Yankee Candles? It’s sensory overload. Now your cat is howling again, convinced of impending destruction, and flopping around in the carrier like two bowling balls in heat.

It’s a known fact that your average 10-pound cat, once enraged and doing bitter, vehement aerobics in a portable environment, can take down an average adult from the sheer centrifugal force, knocking your ass off the sidewalk and into the grouping of cacti that some fool thought would look cute as landscaping.

Most cats do not care for the motion of a car. They express this dissatisfaction by opening their already angry little mouths, engaging their vocal cords, and then screaming with the intensity of a Stage 4 hurricane. The eardrum-destroying volume actually increases the faster the vehicle goes, until all car windows in all lanes of traffic explode outward in a shower of broken glass, pinecone air-fresheners and unpaid parking tickets.

5. The Mad and the Madness.

At some point during the drive, usually after a brief decline in the screeching and thumping, a respite that has lulled you into a false sense of normalcy and possible trip survival, things will take a turn for the worse. Your cat will suddenly decide that the only resolution to its current predicament is to attack the metal door of the crate, and will do so with a gusto and determination that is surreal. Savage growling and intense clawing ensues, with shredded toenails flying through the air as you swerve all over the road and try to get Pretty Kitty to stop with the self-mutilation and attention-whoring.

6. The Potpourri of Insanity.

As you enter the actual vet clinic, there will be another misleading lull of docility as the cat assesses the new environment. Then the smell hits, the lovely aroma of potent medicines, high-dollar prescription pet foods, and the thousands of other animals who have ever been in this building since the dawn of time. Once again, your cat cannot calmly process this new intel, and instead chooses to go berserk, causing the crate to hop and jump across the floor as you try to simply sign in without a S.W.A.T. team being deployed to restore order and declare martial law.

7. The Enigma of the Examining Room.

Once your cat is assigned one of the tiny inspection cubicles, your cat will morph once more, this time becoming a beast that defies the laws of gravity and nature. They will refuse to come out of the very carrier that they absolutely hated until two seconds ago. Once a forced ejection is performed, the cat will instantly scan the entire room, quickly determine the most humanly-inaccessible spot and race to that very location. All equipment and furniture in the entire building must now be shifted around so the cat can be retrieved from the bedpan that is inexplicably perched on a high, dusty shelf.

After repeated rounds of lunge and capture, the cat will eventually be confined to the examining table with the assistance of all staff members and the entire Dallas Cowboys cheerleading squad, doing their one day of mandatory charity work per year. (The bouncy lasses happened to be passing by, on their way to a group mani-pedi, and they became curious about the screaming.) The cat will now twist and squirm in an amazing display of contortionist moves that haven’t been seen since Olga Korbut hog-tied a balance beam with her legs back in the 70s.

After all this fun activity, it will soon become clear to you that the air is filled with hair from your cat, billowing about the room in whirlwinds of emancipated fur. “Oh, that’s normal,” chirps the attendant, helping the vet keep the cat in place using both hands and one foot. “They all do that.”

How in the world do they get that enormous plastic rod that far up Tabby’s butt? Holy cow. Some things you just don’t need to watch.

If both you and your pet manage to make it out of the Kitty-Kat House of Horrors with some semblance of sanity and cognition, the ride home will be a repeat of the first run. Fire engine alarms, erratic driving and Tasmanian devil in a box. The screaming alone will beat your psyche into a pulp. You pull into the driveway at home, weakened and emotionally-drained, then stagger into the house and release the Hades hellion.

Kitty blinks, glances around, sees you standing there, stares at you in a noncommittal way as if determining exactly how to make you pay for what you have done, then hoists a leg in the air and begins to clean. Which means the punishment has been classified top-secret, and the revenge will arrive when you least expect it.

Originally published in “The Sound and the Fury” on 07/02/11 and “Bonnywood Manor” on 12/02/14. Very minimally revised and updated with extra flair for this post.

Story behind the photo: Yes, I know it’s blurry. But I was hurrying as fast as I could to get the shot before the cats got a gander of the blasphemous crate and raced off to their Panic Room, slamming shut the 9-inch-thick steel door and activating all security protocols.