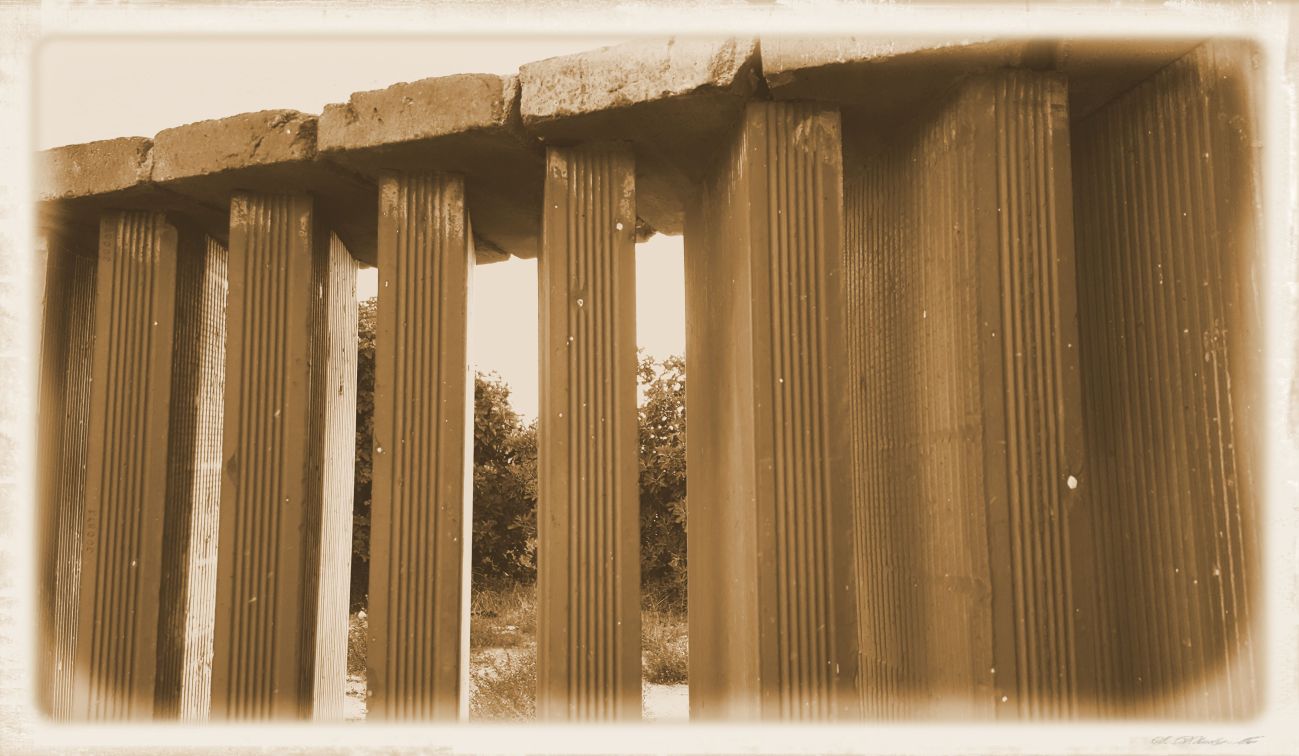 1. The inability to think.

It’s hard to concentrate when your eyeballs are sizzling in your skull. When you’re sitting there in the car with your partner, trying not to move because merely blinking your eyes can cause you to break out into a sweat, even with the AC on super max, you don’t need mental distractions. Don’t ask me where I want to eat lunch. I’m not the tiniest bit interested in that. I’m focused on trying to breathe.

And don’t get all cranky, just because you think I don’t care about anything you might have to say right now. I am not ignoring you. I am choosing to have priorities, and you just don’t happen to be one of them right now. When it cools off, or the sun finally explodes, I will be more than happy to have a discussion. Until then, don’t jeopardize your life by asking if the new paint for the guest bedroom should be Tuscan Potato or Zanzibar Sunset.

2. Touching anything metal while outside leads to a flesh wound.

There’s nothing quite like the immobilizing pain you can experience by strolling out onto the veranda of the latest hip bistro, and then lowering yourself into one of the expensive, trendy deck chairs that some fool decided should be make out of wrought iron. That smell in the air? It’s not the soup of the day. It’s the charred skin peeling off your body. Be sure to order an extra margarita, because when you eventually stand back up, part of you won’t. And it will hurt.

And good luck getting into your car and driving home. First, you’ve got to find the vehicle in the parking lot. This is tricky enough in Dallas, where everyone buys the same kind of car, and you end up with 47 yellow Hummers lined up like you just wandered into a car dealership. Now, add in the cooking asphalt, which is sending up those weird waves of shimmery gases that distort your vision. You can’t see squat, feeling like you’re trapped in a Federico Fellini movie, where voices fade in and out while bizarre things happen to clowns.

Once you finally locate your car, do not touch the exterior of the vehicle without wearing protective gloves. Otherwise, your hand will liquefy, making the operation of the vehicle a little more difficult. When you finally manage to get the door open, do not immediately jump inside or you will instantly vaporize. Let some of the demon heat escape. If possible, pay passersby to climb in first and report back when the atmosphere has stabilized.

When you receive access clearance, the first thing you need to do is turn the AC all the way up. Yes, this means there will be a few minutes of a blast furnace burning all your hair off, but it’s just the price you have to pay. You’ve got to get that puppy working full strength or you are going to die. Once your nose hairs stop popping and crackling, put that thing in drive and get the hell out of there.

3. The miserable air pollution gets even worse.

It’s already an established fact that the air quality in the DFW area is full of major suckage. Thousands of semi-trucks lumbering around, hauling cargo to all the Wal-Marts, so we can rush in and buy pointless things that we don’t really need. And, of course, it’s a state law that everyone else must drive huge 2-ton pick-up trucks or SUVs. (Anybody caught driving one of those pansy Mini-Coopers will immediately be ostracized and never again invited to the best parties.) Poisonous fumes fill the sky.

So when you add in the triple-digit heat, the simple act of walking out your front door becomes an ill-considered act of self-mutilation. Within two steps, the gelid air has coated your skin, making everything slimy and unsatisfying. Now you understand what Karen Silkwood felt like, poor thing. Get done what needs to get done, then get your ass back in the house. Shower for at least 30 minutes, cold water only.

4. The air conditioner never shuts off. Ever.

There’s that incessant drone that never goes away. No matter where you are in the house or what you are doing, you can hear the unit churning away, trying desperately to feebly pump slightly-cool air through the structure. Turn on every fan you have and pray for nightfall.

And try not to think about the electric bill. Any time something runs for that length of time, day after day, there’s going to be a financial impact. There’s not much you can do about it, so try to focus on other things. Like which of your relatives has proven to be the least worthwhile in your life, and therefore could be sold for some ready cash when that hefty bill arrives on your doorstep with a heavy thunk.

5. Those dumb-ass misters on restaurant patios.

These things are only acceptable when you’re drunk, and therefore you don’t care or don’t even notice that you are being continually spritzed. When you’re sober, they are completely annoying. It’s hard to have an important, gossip-filled conversation when you are constantly having to rinse and spit. And moisture on your food? Really, other than a certain kinky subset of the population (no judgement intended), who wants their buns wet?

Obnoxious people already have self-control issues. Apparently, in their twisted world, an increase in temperature corresponds to an increase in their ability to offend the population in general. We’re all already suffering, folks, there’s no need for the attitude and the aggressive actions that just make us want to rip your spleen out.

This is where our elected representatives should pass legislation. I don’t see why I shouldn’t be able to walk up to a police officer and say “That person over there? The one waving around the latest iPhone in a bid for validation, sporting one of those Amish beards that are mystifyingly trendy with the vapid hipsters of the world, wearing a ‘Make America Great Again’ ballcap, and using a selfie-stick to take pictures of himself eating a gyro? There’s no reason for him to exist.” At which point the officer will immediately handcuff Millennial Mike and haul him away to some place where it’s dark, people cry, and he’ll expect a trophy just for showing up but he won’t get one.

7. Some complete stranger will eventually ask that ultra-annoying question.

“Is it hot enough for you?”

What kind of asinine query is that? What response are you expecting? “No, I want it to get SO hot that my testicles drag the floor and chickens explode spontaneously.” Go back to whatever small town you came from and accuse everyone involved in your upbringing of malpractice and malfeasance. It won’t do any good, but at least you won’t be in Dallas anymore.

Do you not understand that this makes you look like you just escaped from Madame Tussaud’s Wax Museum? Seriously, honey, stop spackling your face with Bisquick every time you leave the house. At some point, your body is going to completely shut down because your skin can’t breathe. When was the last time you’ve actually seen yourself naked? 1947?

And not the good kind. There is just something fundamentally dehumanizing about walking around the town square with wet underwear. I don’t care if Pottery Barn just got a new shipment of scented futons. I’m really not invested in the updated menu at Red Lobster, despite the allure of the cheese biscuits. (Not kidding, those biscuits give me visions.) And I think I’ll live if we don’t get to see Cleopatra’s bidet at the Dallas Museum of Art.

I just want to go somewhere that I can pull this SpongeBob wedgie out of my crack and remember what it was like to not make squishing sounds when I walk. That’s all I ask. In the paraphrased words of Johnny Lee on the “Urban Cowboy” soundtrack, I’m lookin’ for dry in all the right places…

And this, ladies and gentlemen, trumps all. There is no surer sign of the Apocalypse than lukewarm beer. Get out while you still can…

Originally published in “The Sound and the Fury” on 06/05/10 and “Bonnywood Manor” on 08/22/14. Revised and updated with extra flair for this post. Even with the revisions, though, this one reads a bit more acerbic than it probably should. It’s just so hot. And the tiny quibbles become bigger quibbles when things are dragging. Story behind the photo: Yet another snap from Spain, a random bit of detail topping the wall around our swimming pool in the condo at Cuevas del Becerro. It reminds me of Stonehenge, and therefore the sun, and there you have it…