A Short Bit about Old Movies, Old Faithful, and the Things We Do for Love 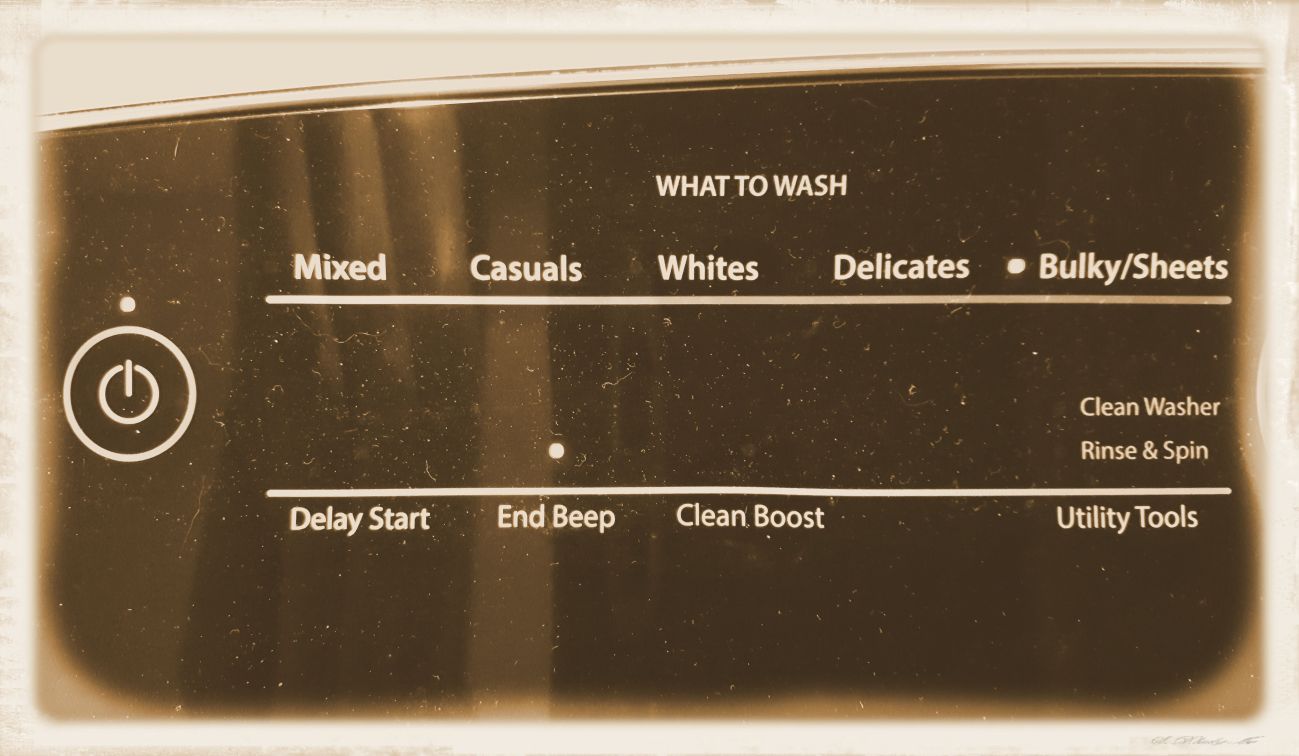 Note: Another snippet from the work-in-progress for NaNoWriMo, wherein my partner, Terry, who has been temporarily felled by gastro-intestinal malfeasance during the cruise, has requested that Tiffany and I retrieve his besmirched garments out of the cabin bathroom and run them through the wash. We do so, with considerable reluctance. The only background detail you might need to know is that, in a previous scene, Jesus had knocked on the door in search of a mysterious map. Once again, just go with it…

The entry portal to the contamination scene whacked open with an ominous thud.

“After you,” I said to Tiffany, firmly thrilled that there was still a minimalist degree of etiquette in some parts of some societies. Courtesy can be a good thing, especially when it came to avoiding odious tasks where your life may or may not be in danger.

Tiffany was not buying it. “Aw, hell no. It’s your boyfriend. You can clean up after him. I’m just here to look pretty.”

Terry, from the bed: “Oh, grow up. I already told you that I rinsed everything out. It’s all in a little pile on the shower floor. Just pick it up and put it in the plastic bag I left right there and then get the hell out of here before my lava cap breaks again.”

We approached the shower like those astronauts in that “Alien” movie, just a few minutes after they have finally figured out that something very unfriendly has begun eating the lesser members of the cast. “Little pile” is not quite the phrase I would have used for what we encountered on the dank tile. It was a rather startling mound of wetness composed of more clothing than one could possibly wear in two full months. (Had Terry felt compelled to change outfits for every round of retch-and-blow? What exactly happened while we were gone?)

I sighed. Tiffany sighed. The commode burbled to the toilet paper dispenser about the wretchedness of the last several hours. (“That ass just kept comin’ at me!”)

Tiffany reached down to pick up the promised plastic bag, one large enough that I briefly pondered where Terry might have found such a thing. She popped it open with such a degree of skill that I also pondered how she had gained experience with what looked like a body bag. (I’d best keep my eye on her.) She then nodded her head at the soggy mass of what had once been couture. Are you just going to stand there or what?

I took a deep breath (mistake), wrapped my arms around the whole mess (second mistake), and then hoisted. (It was still warm. I really wasn’t expecting that. My intellect tried to convince me that Terry had simply used hot water and that’s all that it meant; my emotion was convinced that whatever had geysered out of Terry was now breeding, creating a mulch garden of fetidness that would fell me within seconds. I groaned, pivoted toward Tiffany and her professionally-opened body bag, and released the Krakken. There was a squalid squelch, followed by Tiffany briskly tying the end of the plastic bag, using a clever knotting technique she had learned in a place that I had apparently never been.

Terry: “I can still hear you.”

Tiffany: “Let’s just get this done.”

Me: “And then we will start drinking.”

Tiffany: “Continue drinking. There’s really no need to be modest at this point.”

Terry: “You guys have already been drinking?”

Tiffany: “Couple gallons or so.

Terry: “I can’t believe that while I’m laid up you guys have been off guzzling like drunken whores and… oh, Jesus.”

Tiffany: “He must want that map really bad.”

Terry: “No. It’s comin’ around the bend again. You guys better get out of there. Now. Run for your lives.”

The dispenser offered him a tissue.

Well, actually, we clumsily bounced off each other and tripped over one another as we clawed our way out of the cabin, lugging a bag that suddenly felt like a family of four had moved in and brought along some cattle. Once the outer door had slammed shut on Terry’s screams of agony and propulsion, we began the slow trek down the unending hallway, dragging the detritus of dysentery. In a Charlie Chaplin movie, this would have been a poignant tableau. In real life, it was just sad.

We eventually arrived at a communal laundry room that I had noticed during one of my previous sprees, an unsatisfying mission wherein I had been seeking an ice dispenser. (My initial thoughts upon encountering this den of domesticity: Well, I’ll never use this place. Oh, the lies we tell ourselves.) The first thing I noticed as we clattered in is that a small boy gasped at our arrival and then slammed shut the lid of a washing machine. He raced past us and out the door, muttering something, the language unidentifiable but the tone crystal clear: Beasts of Hell had just appeared and the only sane thing to do was run for the border and hope you don’t get gored by a rabid goat.

Tiffany: “That was a bit much. Could he smell the clothes or the alcohol?”

Me: “I’m guessing neither. Based on my own actions at his age, there’s something in that washing machine that we don’t want to know about. Don’t open it.”

Current NaNoWriMo count, for those interested: 48,591. If I just stick out my tongue far enough, I could reach the finish line…