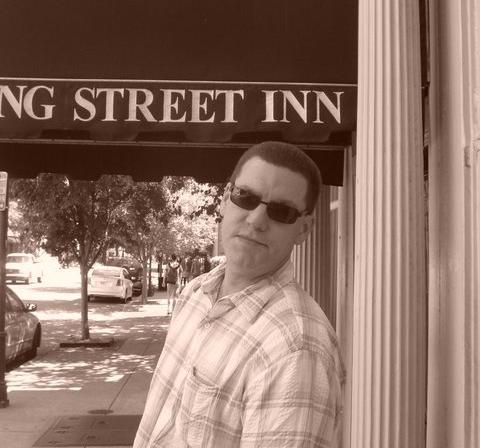 Note: I just hit my NaNoWriMo goal (without even having to stick out my tongue!), and whilst I was decompressing and reflecting on why I do the things I do, I remembered this short bit from back in the day. Not so much with the funny this time, more with the heart. Enjoy.

I had a question come up on my Q&A group in GoodReads that went something like this:

“When did you decide that you wanted to be an author/writer?

I happen to know Tiffany. Fairly well, actually. And I knew that she was just being sweet and trying to keep the conversation alive in the Q&A group, a feat that can be daunting when every budding author on the planet has a Q&A group on at least 47 websites. I appreciated her efforts, and I decided to give her a bit more of an answer than she probably expected. (Or maybe she did. She’s intuitive about me, and that makes me smile.) In any case, I babbled forth.

And once I posted my response I thought, okay, THIS is a blog post. So here it is…

Well, as clichéd as it sounds, I’ve always known that I wanted to be a writer, ever since I had a vague grasp of what that might mean. When I was in elementary school, I would take an existing book and rewrite the parts that I didn’t really care for, making it my own. (So I guess I also wanted to be an editor when I grew up.) When I was 12, I wrote my first “book”, something that was probably terrible (I no longer have a copy of it) but I was very earnest about the process. I had a fan base that consisted solely of my Aunt Monica, with the rest of the family being content that I was staying busy and out of their way.

In junior high, I had the double epiphanies of working for the school newspaper and having an English teacher, Myrna Campbell, who seriously championed my writing. Both of these experiences cemented my vocational aspirations and gave me the confidence to pursue them. At the age of 16, I wrote another book, a maudlin and naïve “coming of age” story that served as therapy for the typical teenage angst I was experiencing at the time. The original of this book has also departed the earth, after a startling incident involving a vindictive roommate in my early Twenties. (I lost nearly everything I had written up to that point, something that still cuts at me, but you have to move on.)

During the glory days of college, where I was thrilled on a daily basis to be taking classes with other people who wanted to be writers (just like me!), I wrote constantly, every day, all the time. I was convinced that I would soon be living life as a published author (possibly in Paris!), it was only a matter of time.

But time had other plans in mind. Despite reveling in the creative environment of college, I was very unhappy on a personal level. (Translation: I was in the closet. In Oklahoma. In 1985.) So despite my full understanding that I should stay persistent with my goals, I left school and fled to Dallas to “find myself”, and I never found my way back to getting a degree or a job that I really wanted. Instead, I took a mundane job, because there are bills to pay, and I kept working at that job, because you become complacent with a steady income, a reality that has happened to so many people who stumble in their educational pursuits.

Years passed. I would scribble something out from time to time, and my job transitioned to a training capacity where I produced my own materials, so at least I did have a minimal outlet for my urge to wordsmith. And I even wrote another book, around 1992 or so, but I gave up on that one after a single rejection letter. I was so busy with work, struggling to move ahead in a career that I didn’t even want. Part of me was dormant for a very long time.

Then in 2008, a very good friend pulled me aside and said ‘You aren’t doing what you want to do. You should write a blog.’

And here we are…”

Of course, that good friend was Tiffany. Full circle, eh? Love that kind of thing.

Originally published in “Bonnywood Manor” on 02/04/14. Slight changes made, but most of it was left intact, encased in amber…