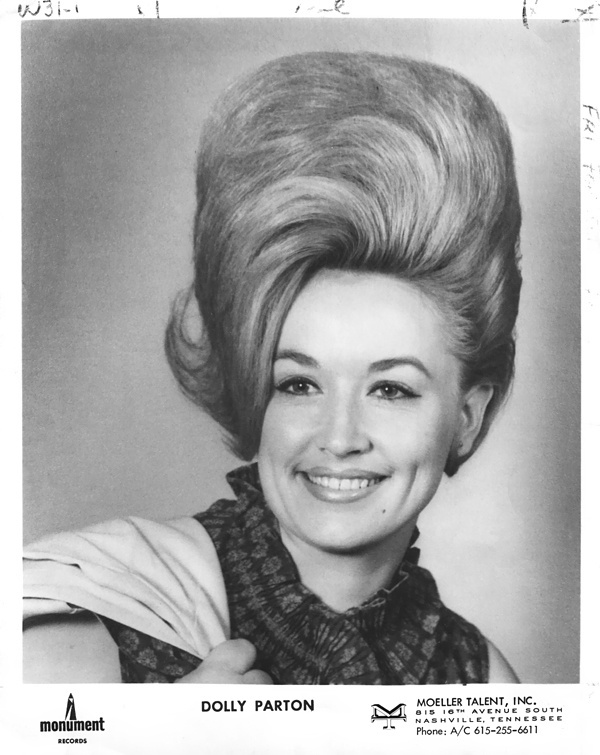 Translation: “I am thoroughly astonished that what you just said is actually true. Even if it’s really not.” This is a response often heard during whispered gossip sessions at the local Baptist church.

2. “That thing just flopped back yonder.”

Translation: “The item which you seek has bounced to a location that is no longer near us and may be inaccessible at this point.” This often happens with beer bottle caps and contraceptive devices.

Translation: “I am so stunned by that mess on your head that I couldn’t look away and you caught me staring, so I had to say something.” This phrase gets the most usage during Prom Season, when young women often confuse height and bulk with actual style.

Translation: “The very second you disappear around the corner I am going to bust my ass telling your secret to everybody in a 5-mile radius.” If the person making this statement also adds “cross my heart”, the radius instantly increases to 10 miles.

Translation: “I am so miffed at a perceived transgression of yours that I am going to beat you senseless just as soon as I finish my beer.” The origination of this phrase probably had something to do with stupid people doing stupid things near abandoned houses with crumbling chimneys, and somebody took notes after they hauled Bubba away in that 9-1-1 contraption.

Translation: “If you don’t stop doing that thing which I find incredibly annoying, I will use my fists and short-term time travel to resolve the situation.” No word on how such a science-based concept made its way into rural, flat-earth-believing populations, but it did.

Translation: “A person’s appearance is less than flattering and/or the person has not aged with any particular grace.” This term originally had something to do with sweaty horses and saddles back in the day. It’s not clear what an actual human would have to do to achieve the same aura, but apparently some folks have mastered the skill. The misuse of alcohol, drugs, cosmetics or sexual opportunities may be contributing factors.

Translation: “The level of that person’s stupidity is mind-boggling.” Presumably this is a quite different condition than being a smart-ass, although one must wonder how intelligence is considered to be somehow rectum-based.

Translation: “He has done something so astoundingly un-recommended that his after-life travel plans may include destinations that were not on his preferred itinerary.” However, the inclusion of the foo-foo basket accessory reference may indicate that this fool is actually going to Martha Stewart’s Vineyard, which might actually be worse than fire and brimstone. Would you want to make table centerpieces for all eternity?

Translation: “The woman felt quite uncomfortable to be in a place that may not fully support her chosen way of making a living and/or entertainment options she had pursued in her past.” Then again, the poor thing might actually be sweating because she wasn’t used to seeing so many of her clients in one room. And that was just the choir…

Originally published in “The Sound and the Fury” on 05/17/12 and “Bonnywood Manor” on 01/28/14 and 12/16/16. No changes made. I realize this is not really a Christmas story, but this was actually one of the most popular posts in last year’s Yuletide Roundup, so if it ain’t broke…