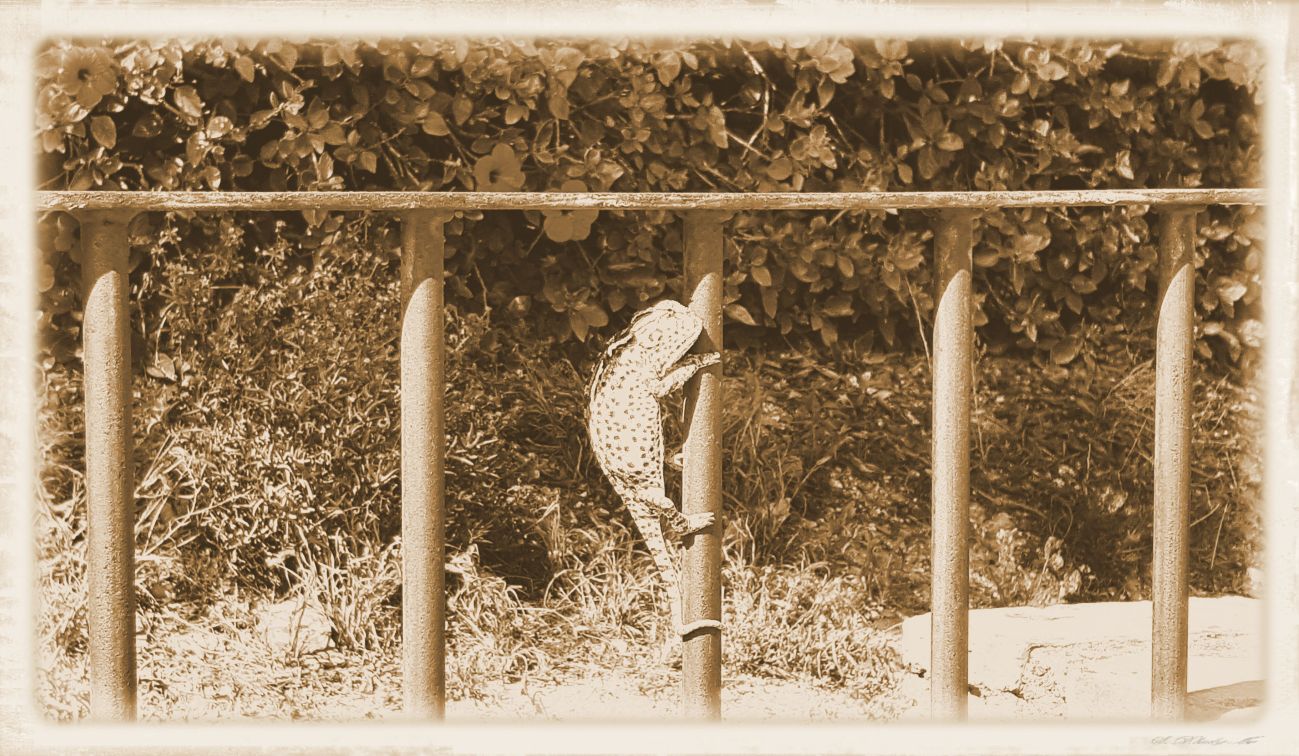 In his delirium, he could not trust the color of the sun.

He wanted to do so, of course, because one should be pleased with the hue of things that float in the sky. Otherwise, there is unhappiness and despondent status updates are made on social media. Still, there was a disturbance in the atmosphere, a discernible taint of malevolence. Like the woman over there, standing outside the Melodrama Café, the one who looked like Joan Crawford. She was berating the lowly waiter about the effusiveness of her cream puff (okay, that seems normal) but then she hugged him and gave him a generous tip. (Don’t trust her! She is never nice without an ulterior motive, just like people who work for the Salvation Army. Or suppositories.)

Just then, a limousine pulled up in front of the Melodrama.

Someone who looked like Donald Trump stepped out of the car. Okay, it must be him, because who else would want to look like that, with the wispy Medusa tendrils and the unchanging grimace of constipation. He groped himself and three passersby before slithering up to Joan. “It’s raining and I can’t play golf so my schedule just opened up. How about you do the same?”

Joan glanced around, possibly looking for paparazzi, certainly not looking for morality, then returned her gaze to Trump-Dusa. “But what about Melania?”

A small wind suddenly arose, gently lifting the tendrils atop Mount WhackJob, until it suddenly realized what it was touching, and then the innocent breeze raced away, forever ashamed at its association with such an outrage, unlike most Republican leaders. Donald did not notice, as he doesn’t notice most things, nor care.

He groped himself again. “Don’t worry about Melania. I’ll just say that she’s fake news from the liberal media and she was born in Kenya. My sheeple will believe me. They have to believe me. Because if they start to doubt any one of my lies, the whole House of Cards tumbles. But I’m not worried. The intolerant and the ignorant are too self-consumed to do what’s right for our country. I wanted to make that our campaign slogan, but it didn’t fit on the signs we handed out at KKK rallies. So, I just went with Make America Hate Again.”

Joan, swatting away a correspondent from CNN who was questioning the wisdom of potentially sleeping with someone who had no moral values: “Don’t you mean make America great again?”

Donald, swatting away the various indictments that are eventually going to take down his Administration: “Don’t get lippy with me, underling. You need to understand your place as a woman and do what you’re told.”

Joan, instantly adjusting her thoughts and beliefs to coincide with the edicts of the Tea Party and the NRA, as any good fascist should: “Oh, I would never dream of questioning your fallacies. Just call me Sarah Huckabee Sanders.”

Donald: “Good answer. I’ll continue using you until I don’t need you anymore. Let’s hop in the limo and go find some place to bang.”

They did so, with the hopping, and the ego-elongated vehicle drove away, rumbling and belching fumes from the tainted gasoline produced with oil extracted in countries that Dick Cheney conquered when he was President. (Sorry, George W. Shrub. Those of us with any modicum of intelligence know who really ruled the roost when you were in the White House.)

Interestingly enough, the rumbling continued long after the Did-Not-Win-the-Popular-Vote Presidential motorcade vanished in the distance under the wrongly-colored sun. In fact, the rumbling seemed to be coming from the ground, a sensation that some people who live near oil-fracking sites didn’t fully grasp until after they elected Republicans who ignored the ignominious badness of allowing oil-fracking to happen in the first place. (“Don’t worry,” says laughably-appointed Energy Secretary Rick Perry, he who wanted to eliminate the Department of Energy when he served as Governor of Texas and willingly bent over as Big Oil used him like a rag doll. “Just because your homes are sinking into the ground doesn’t mean I won’t get appointed to another office I don’t deserve.”)

Wait, the rumbling and the sinking in the ground. That really is happening. The ground is ringing, or it seems to be. How can I stop that ringing? Where is it coming from? I weakly battle with the comforter and the twisted sheets, seeking an end to the cacophony. I find a flat object, one that seems to be vibrating. In desperation, I bang and prod on it, seeking resolution.

Oh, there appears to be a screen on this thing. And it wants me to “answer” or “ignore”. Of course I should answer. What if my latest prescription is somehow in jeopardy? We can’t have that.

It seems that I am now connected to some form of aural correspondence. “Hello?”

Terry: “Your partner. I live with you. I’m just checking in to see if you’re feeling better. When I left town, you were a little bit delusional with the flu.”

Terry: “Usually. You can be a bit bitchy at times.”

Me: “Am I being bitchy now? I’m not sure. I’ve been coughing a lot. And there’s been phlegm. That makes me cranky and I sometimes make poor decisions.”

Terry: “Like the blog post you’re about to launch? Joan called me about that. Maybe you should let this one marinate a little bit before you whack a bottle of champagne on the hull.”

Me: “You’re right. I won’t click on the ‘submit’ button until I’ve thought about it.”

Terry: “Good idea. Try and get some rest and I’ll be leaving Las Vegas in a few days. Don’t push the button.”