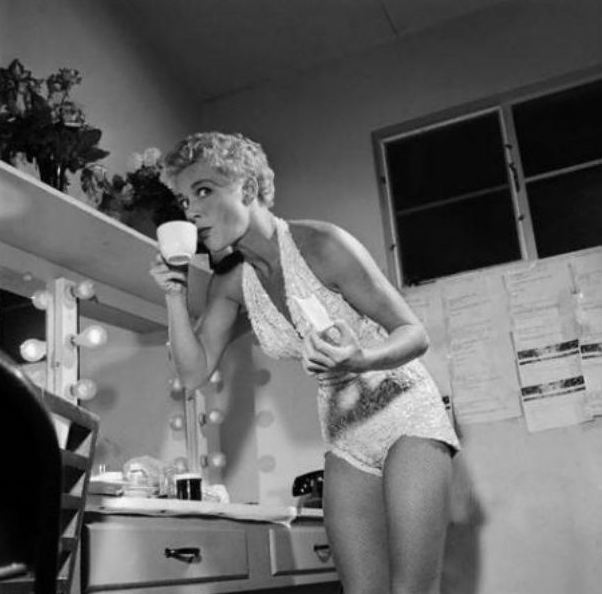 Betty was a bit concerned.

She could hear the folks outside her dressing room, babbling about the thing that someone had done to the actress in the other dressing room. Betty was fully aware of the thing, because she had done it. But she thought she had done it with a rather admirable degree of slyness and skill, diverting suspicion whilst simultaneously establishing a concrete alibi that her fans would completely believe even though it was completely not true. She listened more closely, assessing the exit poll.

Lottie: “Even though the thing had never exploded before?”

Gertie: “That’s the kicker. Countless people have done the very same thing in the past, but there were never any explosions.”

Lottie: “It just seems so odd, doesn’t it? How is it that doing this thing never mattered to anyone in the past but doing it now would lead to an explosion?”

Gertie: “It’s almost as if somebody decided to make something out of nothing and now everybody is offended by the nothing that didn’t bother them before.”

Lottie: “Well, I suppose it’s just one of those things. Someone’s promising career is suddenly in jeopardy because someone else doesn’t play fair and causes an explosion that doesn’t have any actual gunpowder behind it.”

Gertie: “This sounds so much like the current state of American politics.”

Lottie: “Right? It’s pathetic. Anyway, have any idea who might have done it?”

Gertie: “Well, some of the chorus boys are saying that it must be Betty. But surely Betty wouldn’t do it. She just wants to make America dance again.”

Lottie: “And what do the chorus boys know? They’re just mad because they didn’t get elected to star in the show.”

Gertie: “Exactly. Sour grapes. Speaking of, what are you doing for lunch? Should we go to Kim Jong Un’s for sushi?”

Betty smiled complacently. The carefully-plotted, nefarious pieces were falling into place. She hoisted her cup of Benghazi Tea and took another sip…

Originally posted in “Crusty Pie” on 10/19/17. No changes made, as fake patriots are still setting off fake explosions to cover the fact that their fake emperor has no clothes. Unless you count a diaper. On a lighter note, I realize that this post should be a “Sunday in the Park” installment, if I want to stay regular with such things, and I really am trying to do so, but we went to Ikea today. And you know how that goes. We walked for hours through the endless maze of clever things that you don’t really need and suddenly it was very late and there was no time to compose a fresh “Sunday” and, yeah, I’m pulling from the archives tonight. Maybe tomorrow?