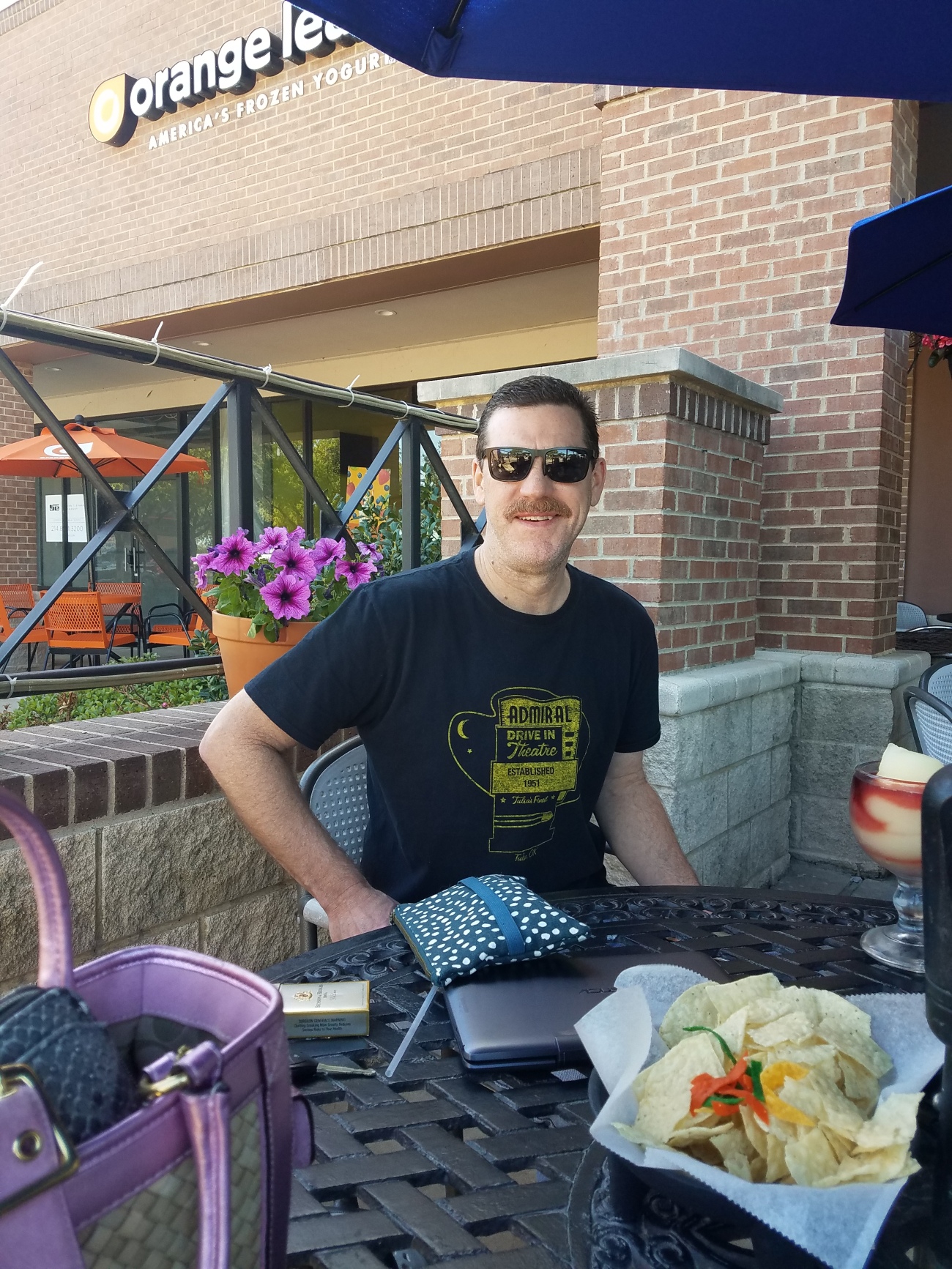 Andrea de Voluptua, reporting live from the scene: “I’m here at Esparza’s Mexican Restaurant, formerly known as Guero’s prior to yet another insipid corporate takeover, where police officials confirm that someone has done something they shouldn’t have. It’s not really clear what crime has been committed because details are sketchy but… oh, here comes Police Chief Barnaby Fife. Let’s see if he has any new developments.”

[The video feed becomes a bit erratic while the cameraman struggles to keep up with Andrea as she leaps an ornamental bush and practically throttles a startled Barnaby with her Pilates-toned legs, a dexterous move known in the reporting business as “get the story even if you have to use your crotch in a dramatic manner”. Back at the news desk, the anchors all clench their sphincters in a reactionary move known in the anchoring business as “I hate it when we go live because then we have to deal with reporters who aren’t all that good or they would be sitting where I’m sitting now.”]

Andrea: “Chief Fife, can you tell us what might be happening that caused you to put down your donut and report to an actual crime scene?”

Chief, still adjusting to the bush attack: “It might be easier for us to chat if you could release me from your nethers.”

Andrea, uncrossing her legs with an audible pop: “Sorry about that. It’s instinct, something I learned in my college sorority to make sure you had a date for the Spring Drinking Festival. Is that better?”

Chief: “Much. Although I’m sure I’ll be talking about this with my court-appointed therapist for years.”

Andrea: “Yeah, I’m not really interested in that. I’m more concerned about you saying something that will help me get to the anchor desk.” [Gasps from the still-clenched anchors.] “Is it a mass murder? Some type of gang activity? Public loitering?”

Chief: “Well, I can’t really tell you the exact crime that has been committed, because that won’t be determined until my team of publicists has figured out what will get me the most votes during the next election. But based on the evidence so far, it’s clear that we might be dealing with something we have never seen before.”

Chief, holding up a photo with the flourish of someone who has just discovered penicillin or the best way to deal with unsolicited solicitors knocking on your door: “Brace yourself, but take a gander at this!”

Chief: “Yes, it’s Brian Lageose, the enigmatic writer at Bonnywood Manor who insists on making his thoughts be known to the world despite most of the world taking a pass on his musings, especially the bits that have way too many pages of unfocused rambling.”

Andrea: “But… he NEVER smiles. I fully understand your concern about this situation, and I actually feel slightly bad about using my Wang Chung to trap you into an interview. But I’m getting over it because we’re still live. What do you think led to this completely unexpected development? How could someone who whines about everything ever smile?”

Chief: “Well, the photo does provide some clues. Exhibit A would be the swirl margarita that he attempted to shove out of camera range but did not quite succeed. Alcohol is the devil’s path.”

Andrea: “Oh, I don’t know about that. Alcohol is probably the only reason I haven’t completely lost my mind and started eating crayons. Life can be a little rough, once you get out of college and realize that anything you did or learned there doesn’t amount to squat in the real world.”

Chief: “I suppose that’s fair. The alcohol is my go-to blame source, because I was raised Southern Baptist and our congregation has been trained to point fingers at everything except what they see in the mirror.”

Andrea: “I really think that’s your own personal issue. Anything else?”

Chief: “There’s the girly purse in front of Brian.”

Andrea: “I wouldn’t really call that a girly purse. I would call that something purchased by a girl who doesn’t understand purses.”

Chief: “You might be right. Besides, we had a stealth satellite moved into position over this restaurant, and it seems that the purse only contains techno gadgets and an old ticket stub from a Thompson Twins concert in 1985.”

Andrea: “Yeah, I’m not really interested in ancient artifacts. Wait, hold that thought. Have you studied the mustache?”

Chief: “What was that last bit? Were you speaking Italian?”

Andrea: “Of course not. They don’t teach foreign languages anymore in America. Did you not read the Executive Order signed by Trump? But Brian is Italian, and you’ve just given me an idea for my next piece in a series that will surely win me a Nobel prize in reporting. Gotta run.”

Chief: “Wait! Now I don’t know if we should arrest this man or not.”

Andrea: “Do you really think anything is going to stop the mess that is coming out of his head?”

Chief, sighing: “I suppose not. Once the barn door is open, it’s really hard to close it.”