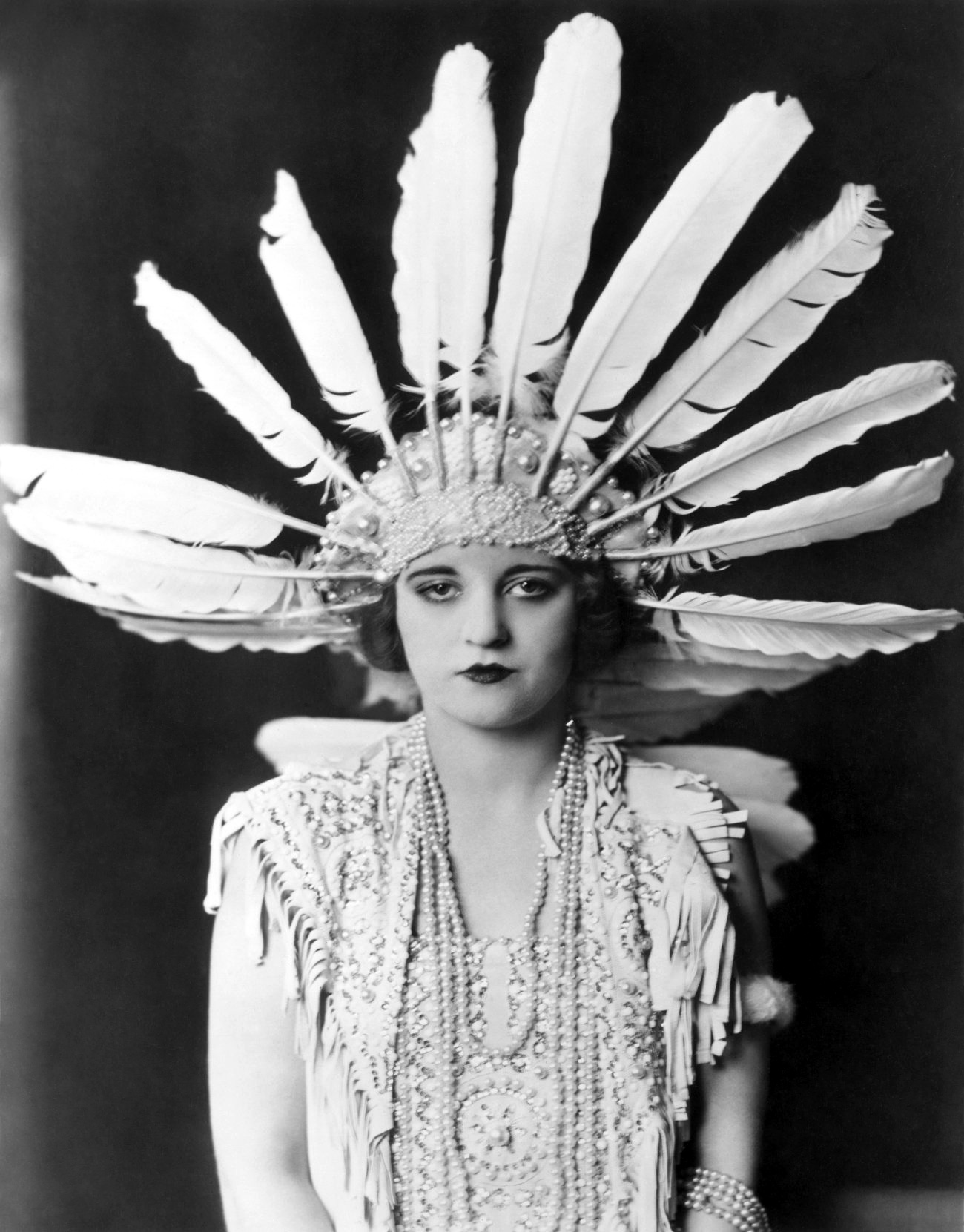 Tallulah was thoroughly unimpressed with her assigned role when the cast was announced for the 1925 London premiere of “A Yankee Thanksgiving: This Is What Happens When You Defy a British Monarch and Hop on a Boat Bound for a Colony That Has No Indoor Plumbing”. The play folded within two days.

Luckily, Tallulah did not. She marched into her agent’s office the next morning. “Explain to me at once why I shouldn’t fire you.”

Agent: “Why are you still wearing that headdress? One would think you would have moved on by now. Everyone else has.”

Tallulah: “It’s no concern of yours what I do in my personal life. Stop avoiding the question. Why can’t you get me better parts?”

Tallulah: “What on earth has that got to do with anything? And why aren’t you offering me a glass of bourbon?”

Agent: “Because it’s nine o’clock in the morning and your liver needs to sleep at some point. And Tallulah Bankhead sounds like a military maneuver in Polynesia, not the name of an actress that someone would want to hire.”

Tallulah, exasperated: “God, you British are just so annoyingly particular. Why can’t you get me a job in America?”

Agent, suddenly inspired, shuffling papers: “Well, now that you mention it, there’s a movie called ‘Wings’ that will start filming soon in Hollywood. It’s about fighter pilots in the Great War and it stars Clara Bow. The producers just sent out a notice that they are looking for something special.”

Tallulah: “Clara Bow? That sounds like something I need to be in, even if Clara’s hairdo annoys the hell out of me. Tell me more about my character. Will I be one of the stars?”

Agent: “No, it’s not quite that. Something a bit smaller.”

Tallulah: “A featured role, perhaps? Something where I steal the movie with just a few scenes?”

Agent: “Well, you will be featured. But you don’t have any lines.”

Tallulah: “I don’t understand. What exactly does the notice say?”

Agent: “It seems they rented a vintage plane for the aerial combat scenes, but the plane is missing one of its propellers.”

Tallulah: “Are you saying…”

Agent: “They want you to help fly the plane. Literally. Do you mind being oiled up and attached to a heavy motor?”

Tallulah: “Apparently you haven’t seen me on a Saturday night. How much does it pay?”

Originally posted in “Crusty Pie” on 08/31/17. Considerably revised, as the original only had three lines. Sadly, Tallulah was never cast in the movie, as she and her headdress were unable to get through Customs in a timely manner…