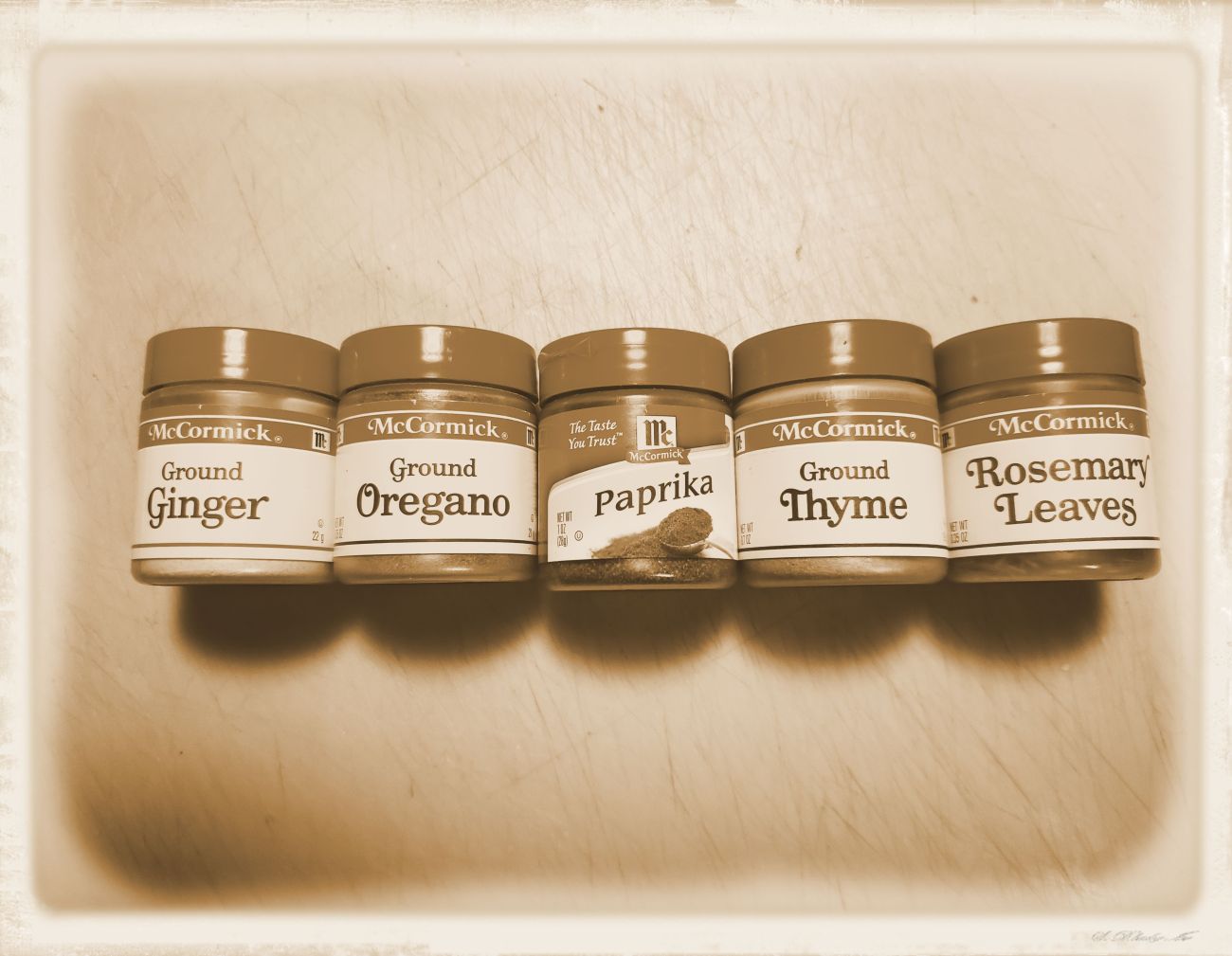 Dear Guests, Patrons and People That Procreate Without Understanding What That Really Means,

Thank you for joining us on this fifth night of Bonnywood’s Annual Cultural Arts Festival and Bacchanalia. Since this opening monologue is starting to get a bit repetitive and mundane, I thought I’d spice things up a bit by having a co-host join me so we can at least minimally engage in some witty repartee and share the blame if things go awry. Please welcome to the stage the illustrious Embeecee!

Embeecee waltzed onto the stage, sporting a winning smile and a sparkly outfit designed by Miguel de la Provo. She waved at the crowd, blew a few kisses, and executed a lovely twirl before joining me at the podium. “Thank you so much for having me. It’s such an incredible honor. But I do have one question before we get started.”

I twirled as well before responding, because I wasn’t about to let her upstage me. “Ask away!”

Embeecee: “Why the hell am I here?”

Me: “Oh. I thought my people got with your people.”

Embeecee: “I don’t have people. I have a dog. And she’s not particularly invested in working with other people.”

Me: “Then how did you know to show up for this gig?”

Embeecee: “I didn’t know. I was innocently being featured in another story when some fool of a writer wrote me into this one. Luckily, I was already wearing this snazzy ensemble and I didn’t have to run home and change.”

Me: “I see. Well, we’ll just have to wing it as we present the next 3-Word Challenge entry. Are you good at improvisation?”

Embeecee: “Of course I am. I’ve been married before. And I’ve worked at far too many jobs where I had to pretend that I like people. I’m very good at making things up as I go along. Just like the fool writer of this story.”

Embeecee: “Holy cow? Who is THAT?”

Me: “There are 500 people at this event. Could you maybe narrow it down just a smidge?”

Embeecee: “That guy over there at the judging table, the one in the middle. That is one fine hunk of yum. Parts of me are vibrating that haven’t buzzed since the last moon landing.”

Me: “Perhaps you’re not aware that the microphone is still on.”

Embeecee: “It’s 2018. The microphones are always on whether you like it or not. And don’t tell me you wouldn’t head out to the barn with him. He looks like he could bust a bale of hay. So sturdy and so rugged.”

Well, at that point I didn’t have any choice but to turn and take a gander and… oh my. How did I miss that? I might have to change my life goals. But still, we had responsibilities that needed tending. I turned back to Embeecee to remind her that the show must go on.

I heard a giggle from behind me and pivoted once more. Embeecee was standing at the table, directly in front of the hayloft hunk. “Hey Stud, I’m not wearing any panties.”

Stud grinned. “I’m not either.”

Embeecee: “What do you say we blow this joint, grab us some limeades, head over to the Bonnywood Gardens, and find us a quiet grotto with a sturdy bench.”

Stud: “I got chills. They’re multiplyin’. And I’m losin’ control.”

Me: “Embeecee! Could you downlow your good vibrations for five minutes? We still have a presentation to do!”

Embeecee: “Kinda busy here. I’m sure you can handle it. Improvise! Just like the fool writer of this story.”

I sighed, then I looked down at my next cue card.

Artiste: Embeecee at “Sparks from a Combustible Mind”

And here we go…

Something Aromatic This Way Comes

This is in response to a recent challenge by Dr. Brian L., who practices his wordcraft at the infamous Bonnywood Manor.    He challenged his followers *koff koff PATIENTS **** koff koff   (gotta stop buying those unfiltered brown cigarettes.   Nobody can carry off that look except Salma Hayek, and she only did it because she was getting paid) he challenged his ‘people’ to write a story using three specific words in some fashion.

Now it’s not a THREE WORD story.  No, Dr. Brian is never that cruel.  Especially to the overly burdened by lots of useless words folks like myself.   No.   I’m to use my three words in a poem or a story or something fit to be used in a pinch when Dr. Brian is otherwise occupied and Bonnywood needs some fresh fuel for its fire.

Here is a bit of a story.   Told from the perspective of a pet.

Priscilla ogled the fish.   She knew the fish was out of bounds, but it just was sooo tempting.   Dim, witless looking creature that it was.   It was OBVIOUSLY made to be eaten.   Perhaps by her.   Priscilla was a pampered Angora cat.   She had been royalty in some other incarnation and that explained her always slightly disdainful demeanor.  Besides the Two Legs didn’t understand her when she spoke anyway.  Stupid creatures – Two Legs.   But much too big for eating.   Well in one sitting anyway.   They made too much noise besides.

“Priss….here priss priss prisss”…. Yodeled her Two Leg.   Was supposed to be a servant for God’s sake, but you’d never know it.   And who gave her permission to shorten the elegant Priscilla to “Priss” anyway?   Just one consonant away from PISS.    These Two Legs always had such questionable motives.   And what they served as food?   Not beginning to be fit for royalty.    Thus the ogling of the golden fish.   With greens yet!   “PRISSY!!”  yelled the Two Leg.

Priscilla sighed.   She supposed she better go see what the Two Leg wanted.   Or there’d be more yelling and finally the ultimate indignity.    The Two Leg would come PICK HER UP and lug her where ever the Two Leg wanted her to go.    Imagine!!  Touching a Royal Personage without the requisite permission.

Priscilla turned her back on the delectable fish, swimming around and around in its glass bowl and trotted towards the sound of the voice.    The Two Leg was in the kitchen, which might prove interesting.  Sometimes the Two Leg had good things to eat in this room.

*TSCHAW!!” said Priscilla.   What in the name of Bast was that horrific SMELL??   Pungent and stinging to the sensitive nostrils of any decent cat, whatever it was frankly stunk.   Priscilla thought briefly about back pedaling out of the room, but the Two Leg had spotted her.

“Pusss puss puss” said the Two Leg.   Priscilla sneered.   Sat down and began grooming her hind quarters.  That usually put off the Two Legs.   They seemed embarrassed by what was a perfectly natural act.   One MUST be clean after all.

“Here priss pusss” cajoled the Two Leg, “fresh tiddie bits for YOU”.   Priscilla caught the very faint whiff of fresh meat under the reek of that stultifying stench.   On the floor by the Two Leg (Geezus those things were just so damned HUMONGOUS weren’t they??) was a gleaming white saucer with some minced beef on it.    Priscilla forgot her dignity and began to gobble the unaccustomed treat.

“ACHOOO” sneezed the Two Leg, furiously wiping its eyes.   Something sharp and stinging was burning in one of those pan things on the contained fire Two Legs called a stove.   Priscilla didn’t know the words for garlic and onion, no such things existing in Cat-onese (the only pure language).  The Two Leg took the remaining meat from the cutting board and put it in the pan with the garlic and onion and then generously seasoned all that with paprika.   The base for goulash was already simmering on the stove.

Priscilla, true to her nature as a cat, was unimpressed.

This piece has been nominated in the following categories:

The Dorothy Parker Award for defiantly adhering to the “two spaces after a period” methodology used by professionals before digital media walloped the dignity out of communication.

The Scotch the Cat Award for Furthering the Dreams of Kitties on Prescription Diets Who Yearn for Something More Tasty. (Are you listening Daddy and Other Daddy?)

The Cleo the Cat Award for Proper Recognition of the Royal Lineage of Felines Who Demand Better Treatment. (I expect to get treats every time I want them. And stop giving them to me in secret because my stupid brother Scotch is on that stupid prescription diet. It’s stupid.)

Gratitude Award from the founder of Bonnywood Manor.

You can review more of Embeecee’s portfolio by clicking here.

Embeecee: “Now, where were we?”

Stud: “I understand that you made a report about missing undergarments.”

Embeecee: “That’s right, Officer Libido. And who knows what else that naughty man might have taken. I’m afraid you’ll have to search my entire premises to make sure nothing else is missing.”