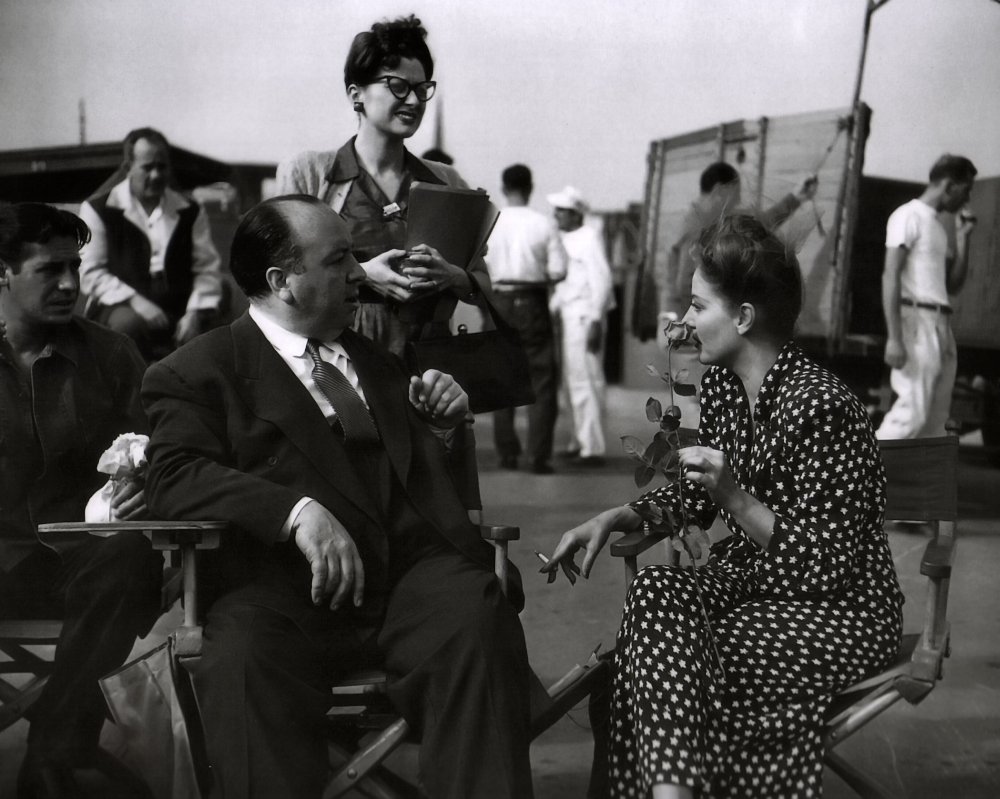 Alfred was appalled at Tallulah’s suggestion that he didn’t know how to properly direct this scene. Tallulah was appalled that only one rose had been delivered to her dressing room. The script supervisor was appalled that Tallulah thought her outfit was fetching in any way; with markings like that, Tallulah should have been savaged by wild lions pages ago. In the background, the set painter was appalled that someone had ordered 46 gallons of Magenta Sunrise when this was clearly a black-and-white movie. It was a tedious day, but in the end, everyone still cashed their paychecks and went on with their lives.

Except for Enid, she of the script supervision. Enid and her sad little purse and poorly-chosen glasses did not recover from this wretched experience quite so easily. To be fair, the other participants in this mise en scene had much higher salaries than Enid, and therefore they could afford the booze and the pills and the sordid lovers that provided momentary solace amidst the hedonism and hegemony of Hollywood. Enid was a writer, and everyone knows that writers don’t get paid squat unless the planets are in precision alignment or they sleep with the critical keystones in the pyramid scheme of life.

So, Enid stewed. Later that evening, in her cramped studio apartment without air conditioning or a sense of dignity, she paced back and forth, much to the annoyance of the writer living below her, who was working on a spec script for the ill-fated TV series, “My Mother the Car”. As Enid further decimated the threadbare carpet with her neurotic power-walking, she aired her various grievances, even though no one heard at all, not even the chair.

It wasn’t fair that the actresses got to be so glamorous and treated like queens. (Even though Enid had never dabbled in the acting side of things, considering such a profession to be unworthy and harlot-populated.) It was preposterous that the directors got to call all the shots. (Even though that was their job, and Enid had never successfully directed an episode of her own life.) It was an outrage that the skilled laborers on the set had the might of the unions to protect them, even though she had never apprenticed in any trade (all that sweatiness was simply ghastly!) or honed any technical skill beyond the ability to use a hot glue gun when affixing plastic marigolds to her prom dress, senior year.

Suddenly, Enid had an inspiration. She would fight back! It was simply un-American that her writing credits were being blithely ignored by the blights of society, even if her only writing credit was a slim, self-published volume of poetry she feverishly scribbled during her sophomore year in college, entitled “I Am the White Gardenia and You WILL Love Me, Mr. Frat Boy Who Never Calls Me Back!” Surely there was some way to take down all the people who were happy when she wasn’t. It was unpatriotic that she should have to suffer for her own personal decisions.

On a whim, Enid picked up the phone and called someone in Australia.

Rupert: “Who are you and why are you calling in the middle of the night?”

Enid: “Rupert, I have a great idea. What if we create an entire television network that poses as a news channel but is really nothing more than propaganda, using outright lies to convince our conservative base that the real news media is fake. Then the base will make delusional, self-involved decisions during elections and we can stop all this happiness and progress.”

Rupert: “It will never work. Goodbye.” He hung up the phone.

Two seconds later, he picked it up again, dialing his personal assistant who was always available, even if it meant being in the bed next to him. “Hey, it’s me.”

Assistant: “You’ll have to be more specific. I get a lot of late-night calls like this, because my availability is known far and wide, just like my legs.”

Rupert: “It’s Rupert Murdoch. I have a great idea about a new media venture, one that will allow a non-citizen to jack with the citizens of another country. I think we’ll call it Fox News.”

Assistant, whose last name is probably Huckabee, because folks in that political clan will lie on command: “I’m sorry, did you say Fox News or Faux News?”

Rupert: “Does it really matter as long as the viewers believe what we feed them?”

Assistant: “Okay, we’ll work that out later. But now that I have you on the line, can we talk about my last expense report? You haven’t exactly paid me for… services rendered.”

Rupert: “I have no idea what you’re talking about and the Democrats are the ones who stopped your payment because of Hillary’s email server. Does that give you an idea of where I’m headed with this network? Stifle the truth and redirect the blame.”

Assistant: “Got it. But still, there’s the matter of my outstanding invoice…”

Previously posted in “Crusty Pie” on 04/01/15. This is another one where the original was simply the first paragraph. I added a few bells and whistles, so to speak, and those sounds have a veracity that you will never find on Fox News…

Bonus points if you noticed the Neil Diamond reference…