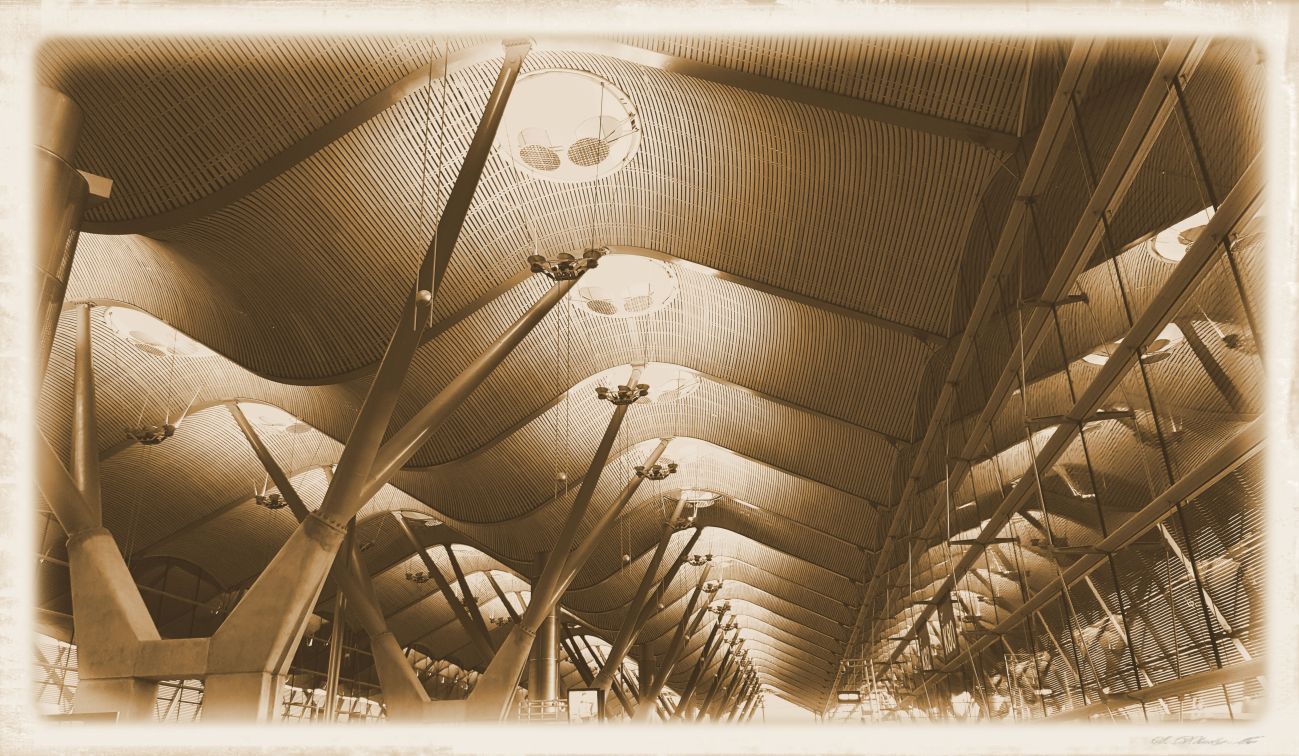 Fair disclosure: We’re actually flying TO Spain and not FROM Mexico later today, but I thought this little rant from years ago was still appropriate. After all, some things never change. Enjoy.

1. Okay, hold up, all you heathens thundering toward the frightened ticket-taker at the gate. They’re only letting the First Class people board right now. Why are all your asses in line already? I can tell by the outfit you’re wearing and your attitude in general that you don’t have the extra cash for a fancy plane ticket, let alone the therapist that you desperately need. Go sit down and wait your turn like a decent person.

2. Is it really necessary that you clomp down the loading gangway like a heifer in search of a salt lick? Has there been an amphetamine issue in your past?

3. That flight attendant at the plane door is such a liar. Her words might be saying “welcome aboard!” but her eyes and her hair are saying “dear God, more smelly people who are going to want extra pillows and manage to spill crap on the floor”.

4. Hey there, all you rich people up here in this First Class mess. Is it really worth those big bucks to board first when it means you have to sit here forever and watch all us poor-ass people march through your sacred land back to the cheap seats? What are you really gaining from this experience?

5. Honey, if you’re going to stick your pampered butt out into the aisle instead of getting out of the way, you do realize that my carry-on is going to whack your two-moon junction, right? I don’t want to sleep with you, it’s just basic physics.

6. What in the hell is somebody doing at the front of the chain-gang that is causing the line of unseated people to come to a complete halt? Is somebody giving birth?

7. Look, you fool in the aisle seat, if I’m standing at your row, patiently tapping my foot, it means that you need to get out of the way so I can get to the window seat on the other side of you, not that you should sit there like I’m a Jehovah’s Witness and you really don’t have to answer the door if you don’t want to.

8. How is it that some people manage to get on the plane with 4 carry-ons, two bags of groceries and a case of beer? Something is clearly wrong with the screening process around here.

9. Isn’t it amazing that after 20 years of portable electronic devices on airplanes, so many people still don’t understand what it means when the captain asks for the fifth time to turn the damn things off?

10. Dear complete-stranger person sitting next to me. Help me understand at what point I gave you an indication that I needed to hear every detail of your entire life. I want to make sure that I never again do whatever it was.

11. Dear other person sitting next to me. See that armrest there? That’s also my armrest. Which means we have to share. So, unless you own this plane, you need to give up some real estate, pronto.

12. Memo to the geeky little man who is parading his child up and down the aisle just so we can all get a gander at something angelic that somehow sprang from his loins. I had nothing to do with the conception or delivery of that child. She’s cute, so I’ll smile in tribute one time, but after that, you need to go back to wherever you came from. Like the taxi that brought you to the airport.

13. Why do people get excited about shoving a camera up to their window and taking pictures of clouds that look like clouds anywhere on the planet? What are you trying to prove?

14. Isn’t it fun when the flight attendant uses the beverage cart as a battering ram and tries to snap off people’s elbows? He clearly has some issues from that one time at summer camp.

15. And why is that other flight attendant offended when I don’t want something to drink? Does that make me a terrorist? I’m not thirsty, there’s no ulterior motive, so stop looking at me in that personally-offended way. Besides, if I drink the two sips that I can get out of your thimble of a serving cup, I’m gonna have to pee. And I have no desire to enter that tiny, creepy bathroom where my private bits can get sucked out of the airplane by that alarming tornado toilet. End of story. Keep on rollin’ down the river, Proud Harry.

16. And once more, lady beside me who is rambling on about that time she somehow got pregnant at the rodeo during the Butter Queen Festival, I don’t care. Did the crucifix not burn you enough the last time I shoved it against your forehead?

17. Okay, good, we’re about to land. Which means that Drusilla in front of me will finally arise from the dead and return her seat to an upright position. Instead of the painful down-low position where she has basically been in my lap for most of the flight, forcing me to realign my internal organs just so I can breathe.

18. And, of course, despite the 27 desperate pleas from the Almighty Voice on the intercom that everyone should re-fasten their seatbelts, there are at least 26 people who still don’t understand what that means, and they have to be given personal instruction from a flight attendant whose eyes are bulging and twitching.

19. Those same 26 people will leap out of their seats before we get to the gate and begin rummaging around in the overhead bins, shoving their annoying crotches into the faces of the decent, law-abiding people who have done nothing wrong the entire flight except mistakenly assume that their fellow man can behave himself in public.

20. We finally do get to the gate, and thus begins the mind-numbing quest for freedom as the entire plane is held hostage by the yokel who refuses to get out of the aisle while he tries to remember which overhead bin holds the case of beer that he apparently can’t live without.

Maybe those hoity folks in First Class have the right idea after all. Too bad I never slept with the right people to ensure I had the cash to afford a seat with actual legroom.

Originally published in “The Sound and the Fury” on 06/29/12. Some changes made for this post, but the bitter song remains the same. In any case, Terry and I are off to Spain, shortly, wherein we will bask in the glory of the Costa del Sol and the warm ambiance of our lovely English compadres, Raz and Rosanna. I do plan to make updates with at least some degree of regularity during our sojourn, especially the Posts about the Posts that I should have already Posted. But you know how things can go. I’m aquiver with anticipation over the random absurdity of the next two weeks…