The Rain in Spain Falls Mainly on the Ducks 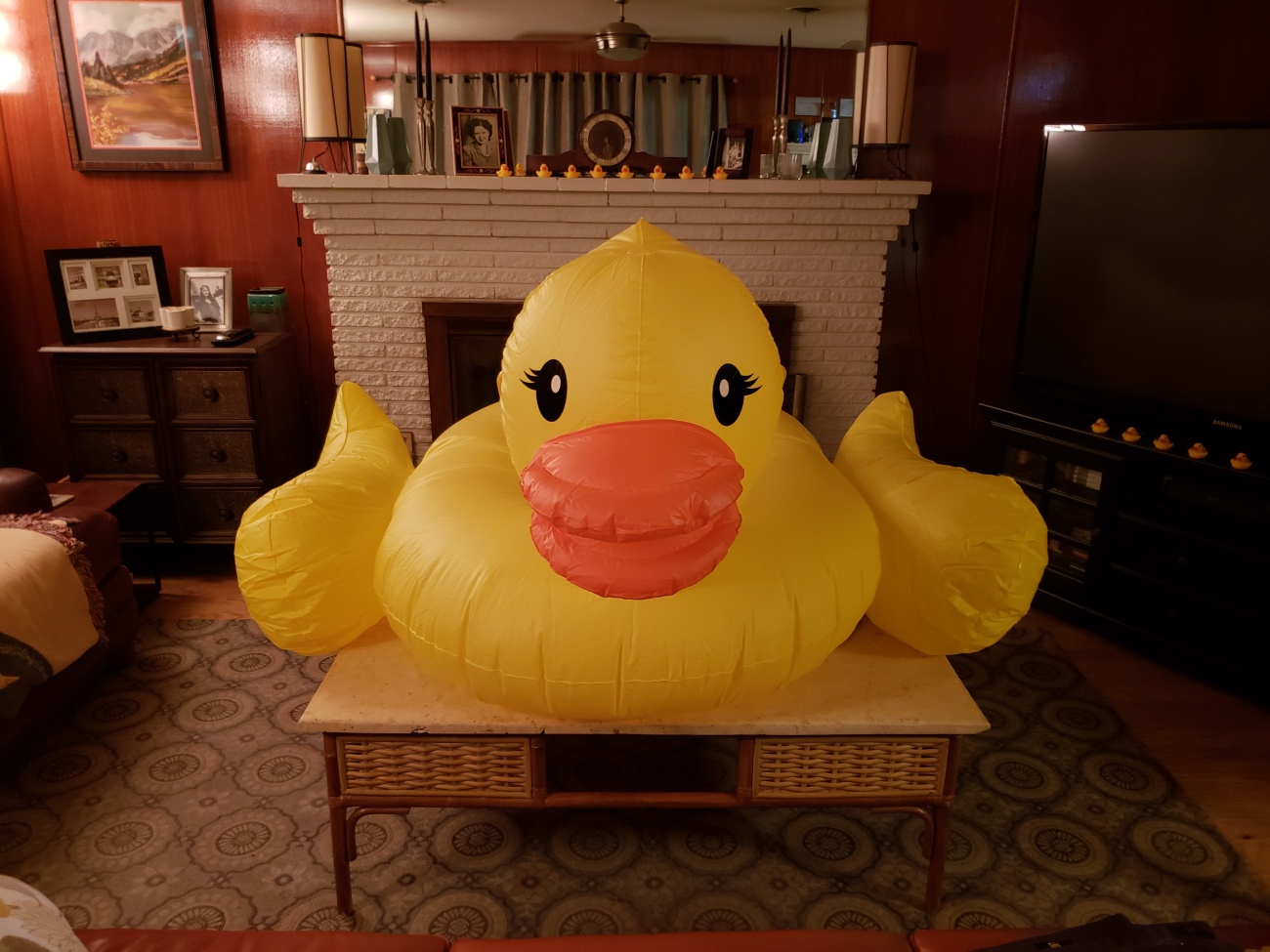 The end of a journey, in three-part disharmony…

ONE: The flight home from Malaga, Spain was a soul-crushing experience. We had to be up and packed and in the hotel lobby to meet the taxi at 6am. There were two layovers and plane-changes: one in Madrid (where we had to go through security twice for no apparent reason) and one in Miami. (Wherein the Customs official thought he was being cute by asking me about American football to prove that I was not a terrorist. I was not impressed.)

Oh, and the longest leg of the multiple-part flight (9 hours) had my ass plunked in the middle seat of the row. I’m tall. Middle seats for tall people = slow death. Naturally, I was wedged between two diminutive Spanish ladies who could stretch out comfortably and snooze the day away while I struggled to breathe without causing the painful armrests on both sides of me to snap off. I hated both of them a little bit, even though they were very lovely and shared the leftovers from their meals. (They weighed twenty pounds each. They were full after two bites.)

TWO: Our landing gate was in Terminal A at DFW Airport. Our car was ensconced near Terminal D, as that’s where we originally departed. DFW Airport is massive, because the state of Texas is bigger than most countries and they have all this land just baking away in the sun, sparsely populated by cows and ultra-conservatives who love guns and racism. For comparative purposes, imagine departing from Venus and returning to Mars. You can’t just walk from one terminal to another. You will die of exhaustion and they won’t find your dehydrated body until 2037, long after the statutes of limitation have run out on cruel and unusual punishment and you can no longer seek vengeful litigation.

So, we had to wait for an inter-terminal bus to show up and magically whisk us away to Venus. This did not immediately happen, much to our dismay. Sure, plenty of buses came by, but they were all for every other terminal in the alphabet except “D”. To be fair, there was an actual D bus that pulled up to the curb early in this ordeal, but the driver hopped out and announced that he was low on gas and had to return to the service depot. (Then why the hell did you stop, taunting us with your unavailability? I could have stabbed him with one of my 27 now-useless boarding passes.)

Decades later, with my sphincter now so clenched that I could shoot diamonds out of my ass, another D bus arrived, apparently brimming with gas and ready to lead the suffering and unkempt out of the desert and into the promised land. I was so thrilled at that point to finally be on the move that I could have easily had sex with the driver to show my full appreciation. (Hey, desperate times call for desperate indiscretions. You do what you need to do.) Luckily, I didn’t have to do the driver, which is probably a good thing since I smelled like forty miles of bent guardrail at that point.)

THREE: We eventually found our car (after wandering all over the parking lot at Terminal D, repeatedly clicking on my key fob and listening for distant beeps) and fled the scene of the crime. Well, two crime scenes, actually, with the second being the life-changing parking tab I paid as we exited the airport. There was a time in my career when I didn’t make that much money in a month, regardless of who I slept with to make ends meet, if you’ll pardon the pun. Apparently, the executives at the DFW Airport are very proud of the fact that they offer parking, and they charge accordingly. Hate them a little bit.

We finally pulled into the driveway at Bonnywood Manor, staggered out of the car, kissed the ground with redemptive fervency, and breached the domicile. In doing so, we encountered the ginormous duck in the opening photo, perched as it was on the coffee table in the den. It seems that a certain miscreant known as La Tiffania had violated our Fortress of Solitude whilst we were gone, aided and abetted by a co-miscreant known as La Elisabeta. There were orange-lipped totems everywhere. (Note the array of such in the background and right-ground.) Many, many ducks were found, hither and yon, most of them accompanied by humorous and scribbled missives from the miscreants, a series of gotchas that culminated in chilled and frozen ducklings in the fridge and freezer.

It’s good to be home. It’s even better to have friends who can get you.