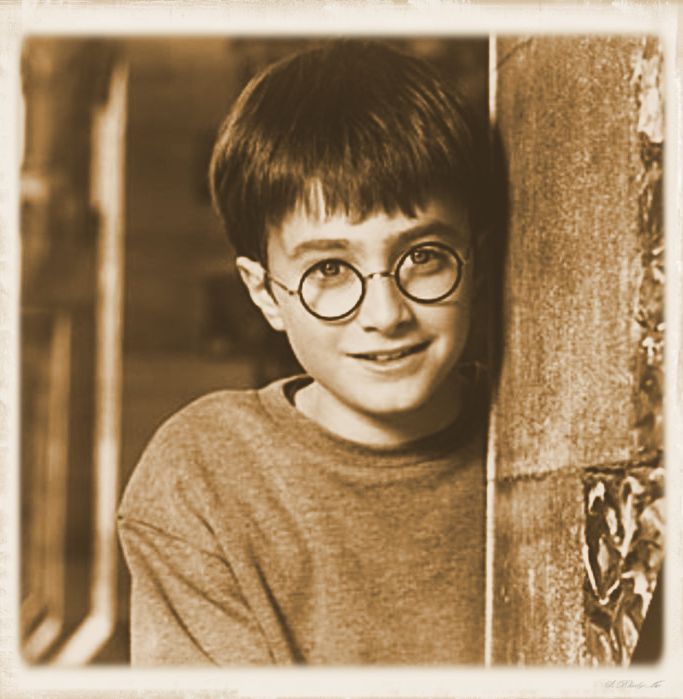 1. Wow, those kids look like they’re about 6 years old.

2. Hermione was pretty bitchy back in the day.

3. Daniel Radcliffe/Harry has exactly two facial expressions: “total surprise at being famous for basically doing nothing” and “grim determination as he prepares to face off against a monster that the adults really should be killing instead of sitting around and making stupid rules about not going in the forest”.

4. Maggie Smith/Professor McGonagall has exactly two expressions: “prim disapproval of basically everything that is going on” and “sad acceptance of the fact that no one understands how much she suffers for her art (I won an Oscar, people!)”.

5. How did Dumbledore wash that beard of his? Or not have nightmares about garbage disposals?

6. Alan Rickman must have had a very understanding pharmacist.

7. Those “viewing towers” at the quidditch matches were really cool, despite being essentially pointless if you actually wanted to watch the game.

8. There are hundreds of kids mucking about at Hogwarts, but at any given time there are only four kids in a given classroom. And one of the four is usually Hermione, waving her attention-craving hand in the air and yearning to answer another question from the teacher before her head explodes with all that knowledge.

9. They only have one caretaker in this place? No wonder he looks so mean and old.

11. Hey, the woman who plays Harry’s nasty aunt is the same woman who showed up on True Blood last season and made Pam’s face not be pretty any more, which of course led to dissatisfaction, war, and a debate about Marnie’s right to open a pseudo Pottery Barn shop.

12. What’s the horrid, spoiled cousin’s name, the one with all the presents and the whining? Runtley? Grunt boy? Doesn’t matter. He needs to go. Life’s too short to put up with that mess.

13. Why do they let Hagrid live in that little hut off by himself? Nobody else gets to have a cabana.

14. You’d think somebody could figure out how to make those staircases not move. This is a school, right?

15. Wouldn’t it be easier to just have someone cast a spell on you so that you would automatically know all the spells and wouldn’t have to go to class? Or is this a union issue?

16. I don’t want the paintings on the wall to talk. I don’t care if I get to wear a pretty robe and wave a twig around, I need my decorating accessories to be quiet.

17. Seriously, they had a multi-million-dollar budget and they couldn’t come up with a scar for Harry that didn’t look like it was done by a third-grader with focus issues?

18. Practically the whole school year goes by, with unicorns being ravaged and ugly goblins being let loose in the lavatory, and no one thought to take a peek under that one guy’s turban?

19. There’s something wrong with that whole scoring thing for the House Competition. Hermione and Ron got the same amount of bonus points for the little underground death-chess thingy toward the end of the movie, even though all she did was stand there, with her and her hair looking anguished, while Ron did all the work and almost died about 40 times. And he rode a horse. Hermione didn’t ride anything. I’m thinking somebody needs to file a grievance.

20. I would never take off the Invisibility Cloak. Ever.

Originally published in “The Sound and the Fury” on 01/20/12 and “Bonnywood Manor” on 09/02/16. No changes made from the last revision, mainly because I wanted to focus on something else, although with some degree of trepidation, as I don’t want to appear whiny.

Yesterday’s post received the lowest number of views and likes than any other day for more than two years. (Even the days when I didn’t post anything.) There’s a chance that there was simply an issue with the WordPress reader at the time of posting (fingers crossed) as most of my traffic comes from such a source. But there’s also the possibility that I may have pushed things too far with the Crusty Pie Marathon.

I’m a firm believer in posting whatever you want, but if you have the time, I’d like your honest opinion in the comments. Do the Past Imperfects get a little old if I post too many of them in a row? Or am I making much ado about nothing and I need to suck it up and keep doing what I’m doing. Just having a moment of existential crisis.

Oh, and here’s a link if you didn’t catch yesterday’s apparent blip on the radar.

P.S. Third possible explanation. Some people might not be comfortable about meat hooks. I can’t imagine why…