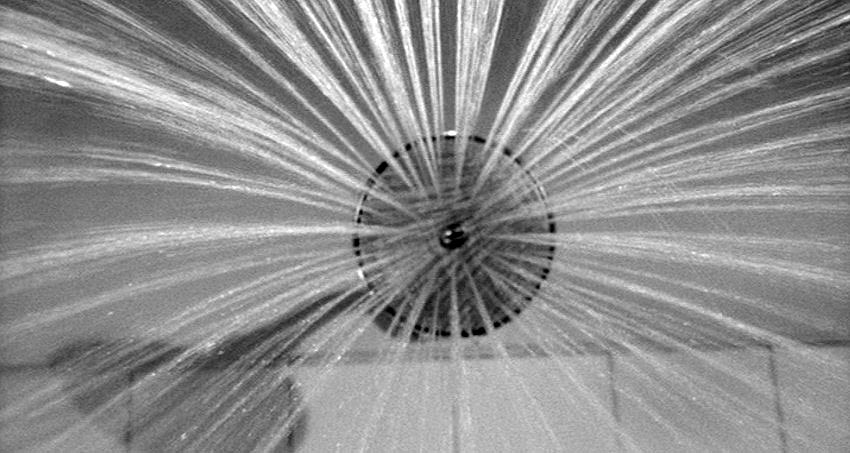 We were driving back from New Mexico when it all went to hell, very quickly.

I was in the driver’s seat, as it was my “turn”. We had been tag-teaming it every few hours or so since we left Pecos, thousands of miles behind us. This was a relationship-saving plan, as opposed to our journey to Pecos, wherein I had stupidly driven the entire way. I don’t know what I was thinking. Perhaps I was finally atoning for some of my college sins, as opposed to that asshole Kavanaugh who is currently lying his way through those nationally-embarrassing confirmation hearings.

Yes, I just said “asshole” on this otherwise pristine and angelic blog. If the shoe fits…

Anyway, I’m driving, and it’s been a rather stellar day, weather-wise. We’ve had sunshine and chirping birds since we crossed the state line hours ago. (At least I think the birds were chirping, whipping past us as quickly as they did. They might have been screaming. After all, Texas is a red state.) I’m singing along to the radio because my partner and I have been together since Madonna was a child and we are way over the comfort threshold. Right in the midst of an exuberantly-peppy dance tune, circa 1986, I suddenly realize that the sky directly in front of us (you know, the place where we are heading and cannot avoid) is immensely dark and speaks of Satan.

“Is it supposed to rain today?” queries me.

“I don’t think those are the right lyrics for this song,” says Partner, whipping out his cell phone in order to fact-check, because proving each other wrong replaced sex in our relationship around the time Madonna divorced Guy Ritchie. These things happen, but our love is still river deep, mountain high.

Then BAM, the heavens opened up and every single angel, even the lazy ones, threw out their bath water with a vindictiveness that would be openly discussed at the next church social. Wait, that doesn’t quite do the scene justice. Let’s just say that a hurricane suddenly appeared, one that hadn’t been named because there had been layoffs at the National Weather Service. (The Trump Administration doesn’t believe in climate change, unlike the rest of the world, so funds had been diverted to Cheeto’s reelection campaign.)

I was not impressed.

Neither was my car. The traction warning light was blinking, letting me know that the tires were essentially no longer touching the pavement, swimming upstream in this twisted tribute to salmon trying to mate in an Alaskan river where kayakers disappear repeatedly. It took every ounce of my (admittedly questionable) driving skills to keep the car on the road and moving forward. The speedometer dropped down to roughly 30 mph and stayed there, bitching the entire time.

Several of the cars in our temporary entourage (you know what I mean, the cluster of unrelated vehicles on road trips who end up travelling together for long stretches because you’re all driving the same speed and headed in the same direction) cried uncle and pulled off to the side of the road. Some of the drivers pulled out rosaries. Others cracked open a can of beer. We all have different ways of dealing with adversity.

I dealt with it by continuing plow forward, determined. We had roughly 150 miles to go at this point, and there was no way in hell that I was pulling over for anything. We had been on the road for months (okay, eight hours) and my soul could not process an intermission at this point.

Thirty minutes later, I didn’t have a soul, reduced to a quivering mass of jelly that only vaguely responded to stimuli, my pale hands in full rigor mortis on the steering wheel.

I turned off the windshield wipers and said to my partner: “You need to send me that photo.”

Partner: “What the hell are you talking about?”

Me: “The photo I asked you to take of the weird truck we saw with the bears.”

Partner: “Why would I want to do that?”

Me: “Because you love me. And because we should have known, when we saw that mess, that something was not right about this road. People need to know.”

He eventually sent it.

If you see something like this beside you on the nation’s highways, brace yourself. Something wicked this way comes.