Jumping the Chain in the Middle of the Night 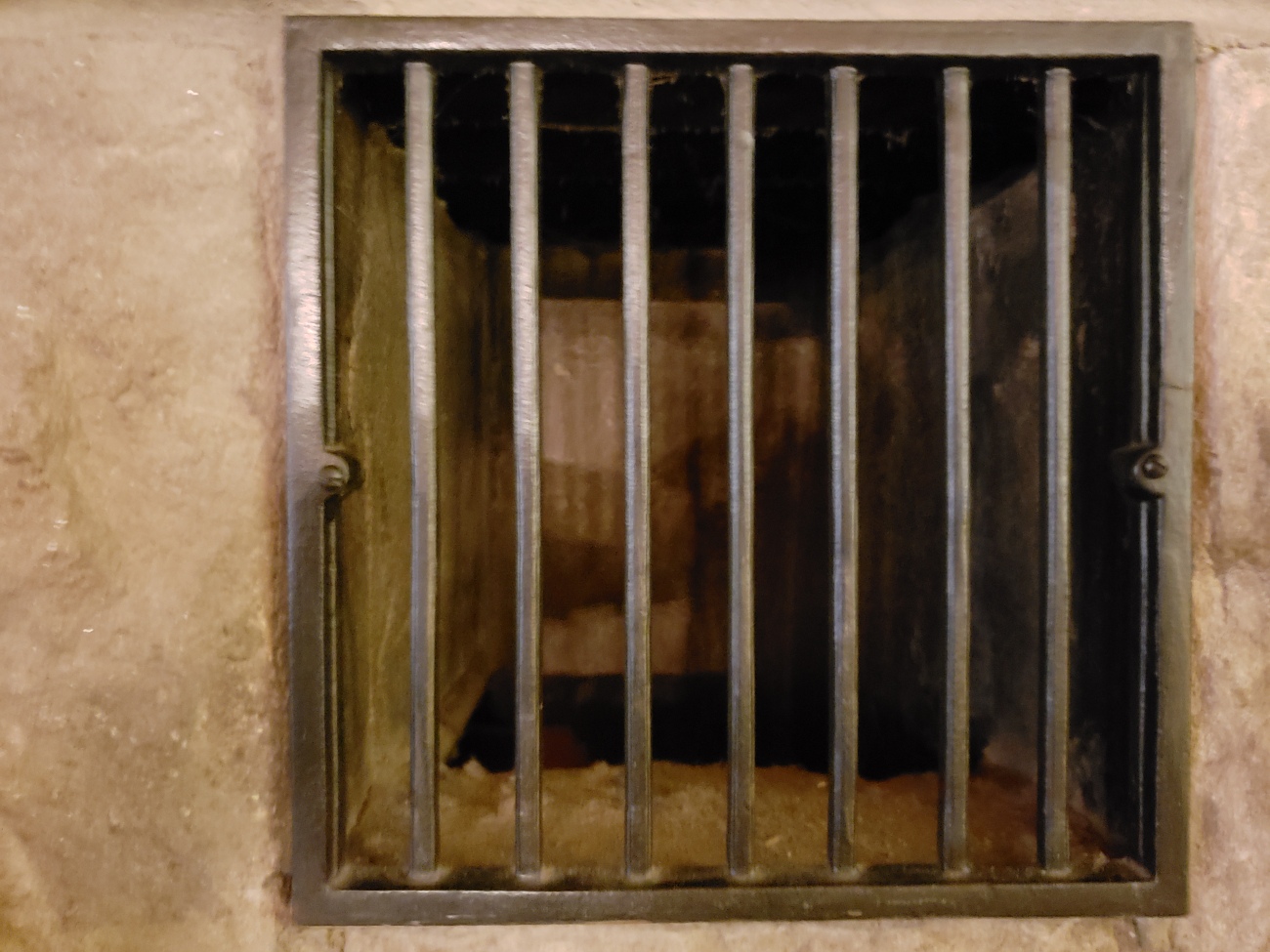 So, as Thanksgiving rolls to a close, I thought I’d share a few random thoughts as I sit here, fingers on keyboard. A few of these bits have been mentioned before, some of them have not, but such are the musings percolating from my brain as the turkey marinates in my belly. As a reference point, all these meanderings concern the years, roughly, between 1973 and 1983. Enjoy.

1. Wandering around during my first visit to a public library, clutching a crisp membership card upon which the ink was still wet with my name, and realizing that I could own everything in this place, everything, at least for a few days.

2. Standing in line at my elementary school, third grade, in the hour before classes started on a Monday morning, a queue formed for the purchase of lunch tickets for that week. I had to explain, once again, that I did not have the mere two dollars to cover services about to be rendered. The lovely, thoughtful, big-haired Oklahoma woman patting my hand and saying it was okay and yet still making a discreet notation on an administrative form, pushing the eventual consequence down the road.

3. The sheer joy of climbing the highest tree in the backyard, far higher than advised, finding a comfortable configuration of branches that provided dependable security from falling, and proceeding to gluttonously consume the pages of my latest book treasure. I would finish a chapter and then reflect as I gazed at the scenery for miles around. Then I would return to the book, where I could see even further.

4. Innocently studying my assigned spelling words in yet another elementary school tradition, when a note arrives that my presence was requested in the counselor’s office. I quietly made my way there, because I was always a quiet boy, even when my pain was loud. The counselor, fully embracing the 70s by sporting painted strawberries on her fingernails, asked me how I was dealing with my parents divorcing. I responded that I wasn’t, because I hadn’t been sure it was happening until that very moment.

5. Traveling with my father (and his next of many wives) to the annual Lageose family reunion at some lake in Arkansas or Missouri, not sure all these years later. (“Beaver Lake” comes to mind, but that may not be right. All I can say for certain is that this lake had a special park where you could peruse the remnants of a resort town that had been flooded when the lake was created by the damning of a river. I remember looking at the tops of the few structures that still poked out of the water and thinking, “I know that feeling”.)

This lake also featured an extensive hiking trail, hacked out by a local Boy Scout troop, with the entrance to such located right near where my family usually set up camp. Any chance I got, I fled the compound and raced to the bulkhead of the trail. I would spend hours traipsing along, with me and my thoughts and the soft crunch of pine needles beneath my wandering feet. I don’t know what I expected to find on the repeated traversing of the trail, but it gave me peace, the solitude of the quest, because most of my family didn’t believe in quests, only in conformity. This inhibited thought process would be underscored when I would arrive back at camp, dusk forming, sweat-dripping, and some fool relative would ask “Why would you go off and do that?”

6. Using my beloved and treasured library card to borrow a vinyl copy of the soundtrack for “Cabaret”. I had just seen the movie a few days before, late at night, and there had been gay characters and singing and dancing! (Along with some darker mess like Nazis and persecution, but at that time I took what I could get when it came to stories of my tribe.) I was determined to learn every word to every song during that week of ownership, and I did, belting them out, much to the chagrin of everyone else in the house. (Even the dog looked at me with pity.) Still know the words, though. Still belt.

7. Going steady with a girl named Rhonda in the fourth grade. Neither one of us was the least bit interested in the other, but the kids on the playground had started a club (out of sheer boredom, I’m sure, it was Oklahoma) where you had to be going steady with someone in order to join, so we happily feigned a dalliance just to pass the review council.

The highlight of our relationship was when Rhonda (whose dad had something to do with the local farmer’s Co-Op, a big deal in Broken Arrow at the time), brought to school some Easter chicks that had been dyed pastel colors. As her designated mate, she allowed me to keep the chicks on my desk for a while, snuggled as they were in an airhole-punched container. They quietly but perkily chirped the entire time, a cacophony of cuteness to cover the stain of my duplicitous relationship with Rhonda.

I suppose this was my first instance of having a “beard”, an odd term that refers to someone who publicly dates another person in order to hide that other person’s true sexuality. (You know, just like Liza Minnelli has done with all of her husbands.) The sad thing about this concept (well, one of them anyway) is that the beard often doesn’t know that they are beards and the eventual revelations can be quite dramatic. I had a few of those situations until I finally kicked down the closet door and twirled my way into freedom.

Several decades later, I started a Facebook group for folks who had survived growing up gay in Broken Arrow. Rhonda’s brother joined. No word on what happened to the pastel peepers.

8. Waking up during my middle-school years to heavy snowfall and the glorious announcement on the early-morning newscast that school had been cancelled for the day. (To be fair, part of me was slightly sad that my education was being interrupted, because I was that geek, but still, everyone needs a break.) I would bundle up and trudge the half-mile or so to the house of my bestie at the time, Stephanie. I loved that she was fearless and wild and creative, often dragging me into adventures that terrified and thrilled me at the same time. She loved that I was funny and weird and sometimes wrote down words that could make her laugh and cry on those dark, lonely nights when you need to do both.

But there were no crazy adventures on Snow Days. Her parents had built the house where she lived (though Daddy was out of the picture at this point), and said house featured an enormous two-story wall of glass, with a view encompassing a creek running through the property. We would sit on a couch placed in honor of this view, sipping cocoa, watching the snow gently erase the creek, running our mouths and telling stories and tentatively but eventually sharing secrets that can only be shared when the cocoa is hot and the listener is fearless.

9. Waking up one day in high-school and hearing the news reports about a disease that was supposedly only affecting certain people. People like me. Gay-Related Immune Deficiency they called it, GRID for short, an incorrect assessment of the true nature of the beast. Later, the medical community would realize the error and change the name and the acronym became AIDS. But it was too late. Bible-thumping right-wingers seized the opportunity and spent the next decade wreaking havoc and desecrating lives, relishing the opportunity to make political gain at the expense of others. The closet door was slammed in my face. But I, and we, eventually broke the lock.

10. Meeting up with a guy who happened to like other guys, along with his gal-pal who thought guy-liking guys were pretty swell. We spent one evening just cruising about town, chatting and getting to know one another. We eventually ended up at Riverside Park in Tulsa, a park that was, oddly enough, situated on the east bank of the Arkansas River. It was remarkably late when we got there, well after the posted closing hour, but we didn’t care.

Said park featured a long pier that jutted out into the water, nearly halfway across the river. We jumped the chain at the entrance and trotted to the end, parking our little asses on a small observation deck. (All lights had been extinguished in said park, so there was a bit of jostling and knocking of limbs as we got settled.) Earlier in the evening, we had discovered that all of us were taking French classes, so we randomly but mutually decided that we would only speak French on the pier, come what may.

Initially, it was a bit awkward, getting nowhere, but then things started to click and we were able to communicate. And the slightly-surreal aspect of it all became enticing, encouraging, reminding us that the world is full of people who may speak in different tongues, but in the end we all look to the stars when the light around us is dim.