Return to the Village of the Damned: Thank You for Being a Trend 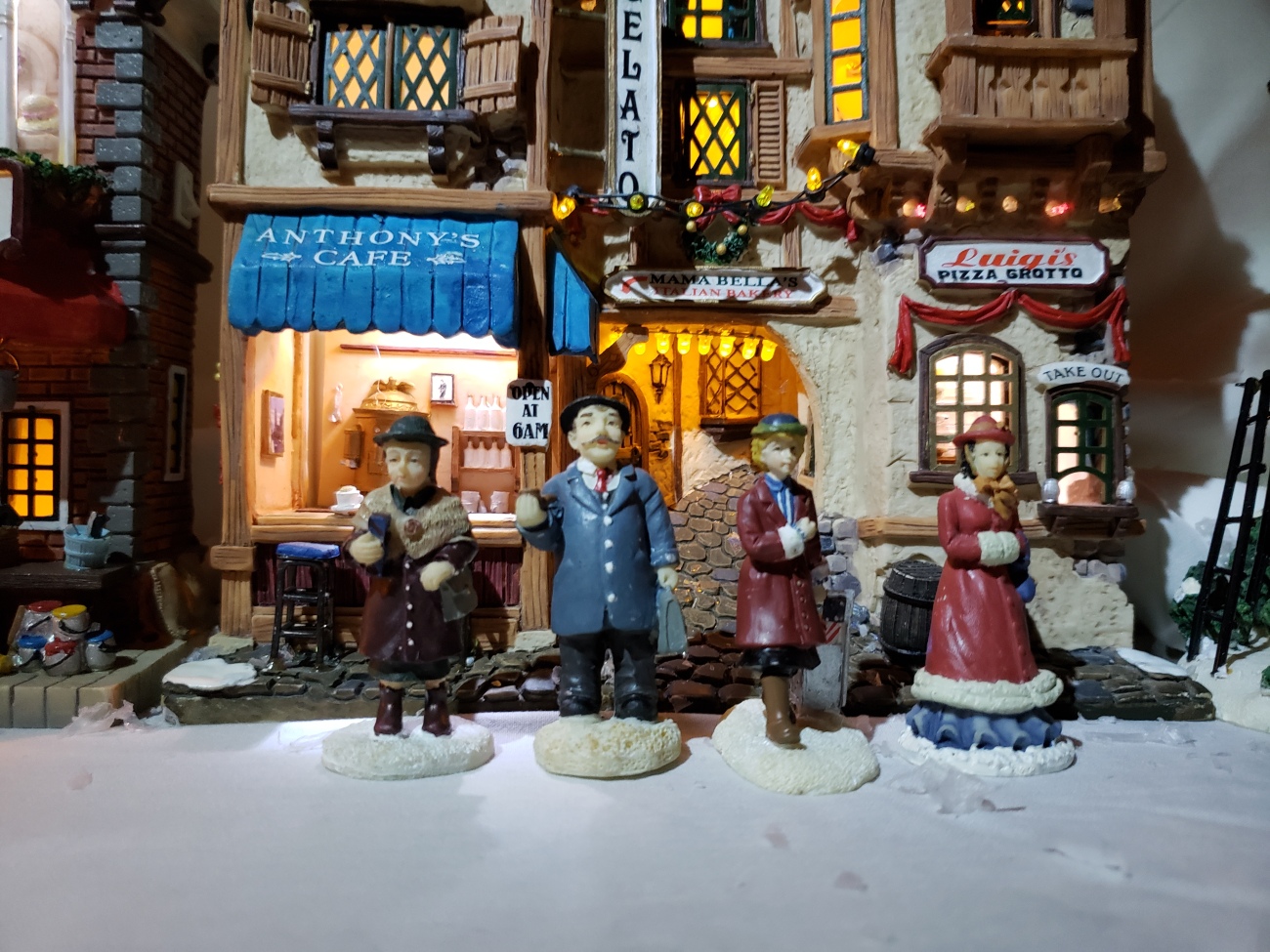 Sophia: “Picture it. Sicily, 1920. A beautiful young woman is running naked through a field of golden flowers. These things happen when you have chianti for breakfast. The woman pauses to let the sun glisten on her perky bazoombas, when suddenly she is propositioned by a bull.”

Dorothy: “Ma, stop telling these lies. Animals do not proposition people unless they are running for president. You have milked that stroke of yours long enough and nobody believes your stories anymore.”

Rose: “I think everyone should believe stories that are told around the kitchen table. Especially if cheesecake is served. Why, back in St. Olaf, the whole village would shun you if you refused to believe in the cheese.”

Blanche: “Dorothy, Sophia is talking about a MAN, not an animal. Although a man can be an animal at times. I should know. I’ve been with many, many, MANY men in my lifetime. And that was just on a Tuesday.”

Sophia: “Ah, the Slut of the Sunshine State wins the prize. A giant stuffed salami she can put in her trophy case, if she can find the room. But I digress. Yes, Dorothy, it was a man. His name was Gianni the Bull, known far and wide for his ability to make things disappear, and not just his salami. And he loved nothing more than finding naked woman who were running through golden fields. Well, except for a good cannoli. Everybody loves a good cannoli. After that, naked women.”

Dorothy: “Ma, does this story have a point, or are we supposed to just wait for somebody to kick the jukebox so the record will stop skipping? And by jukebox, I mean you.”

Rose: “Dorothy, you’re supposed to ask me if there’s a point to the story. And then you hit me with a newspaper, because you have a lot of anger issues that you’ve never worked out. We never had any issues growing up in St. Olaf.”

Blanche: “Oh, Rose, you have a lot of issues if you escaped that vile village thinking that hair color you use looks natural. If that’s natural, then I’m a virgin. And honey, I’m no virgin.”

Sophia: “Thank you for handing off the No Virgin baton, Blanche. I’ll probably need some penicillin after touching it, but thank you.” Turns to look at her daughter. “Dorothy, I’m no virgin.”

Dorothy: “Really, Ma? What was your first clue? The day I shot out of your womb and had a deeper voice than Louis Armstrong? Tell me more.”

Rose: “She’s saying she had sex, Dorothy. There was lots of sex in St. Olaf. Mostly it was cows and pigs and the occasional imported herring, but we knew what they were doing. We sure did. But I never figured out why there would be even more cows and pigs at the Harvest Festival later in the year. My cousin Olaf, not the saint but the cousin, said somebody ordered them from the Sears catalog. But I don’t know. It seemed like a miracle to me, the baby cows every year. Say, maybe that’s what Louis was singing about in ‘What a Wonderful World’. Maybe I need to listen to that song again. Can you sing it for me, Dorothy?”

Blanche: “Not now, Rose. Maybe later after the peroxide has settled down and stops frying your brain. Dorothy, why are you uncomfortable discussing sex with your mother? It’s a perfectly natural thing to enjoy intimacy with a man. I have that printed on my business cards.”

Sophia: “Yeah, Dorothy. What’s the deal? I’m 84 years old. Or maybe I’m 85. I don’t know. What season is this? Where are my cue cards? Anyway, yes. I’ve made a number of men forget about cannoli for a while. Since we’re talking about Italian men, they only forgot for five minutes, but still.”

Dorothy: “I’m not uncomfortable talking about sex, although my memory of what that actually involves is fading by the year, like affordable health care in this country. I just thought Ma was a virgin when she married.”

Rose: “I was a virgin until my third child was born, Kirsten. This can happen in a town where people eat a lot of salted fish like we did. At least that’s what Dr. Olaf told me. Not the saint or my cousin, but the doctor. That’s why St. Olaf is known as one of the first towns in America to embrace recycling.”

Blanche: “Oh, I wasn’t a virgin for very long. In the South, it’s just too hot to ignore your womanly needs. Especially with all those sweaty high school boys slamming into each other at Stonewall Jackson Memorial Stadium during Friday night football games. Such sweaty, sweaty boys. I couldn’t wait for halftime to show my appreciation.”

Sophia: “Well, that’s an image that I wish my stroke had erased for me. But I digress. Pussycat, why would you be offended that your mother had sex before I married Sal, your father, may he rest in peace and finally remember what he did with his Christmas bonus in 1942. These things happen. After all, the timer on your Easy Bake Oven went off before you were married to Stan, may he and his cheating hairpiece never rest in peace.”

Dorothy: “You’re right, Ma. I should have more of an open mind. I always thought I did, but I guess there are certain things one doesn’t want to hear. Like the image of you playing hide the cannoli on an Italian hillside whilst someone named Guido plays “La Traviata” on an accordion. Sometimes I’m not as progressive as I seem.”

Rose: “I was very progressive in St. Olaf. I voted for Nixon in 1960. And we had accordions, too. But most of them were destroyed during the Herring Uprising in 1961, after Nixon didn’t win, demanding that their tiny voices be heard. I guess we all just want our salty dialogue to have some meaning.”

Blanche: “Well, Rose, it scares me to say this, but I think you might have a point. But before I wrap my head around that, I just have to ask Sophia if she did the Bull or not.”

Sophia: “Of course I did. It was the Italian countryside, cable TV hadn’t been invented yet, and my breasts were already out. We had joy, we had fun, we had minutes in the sun. Five minutes, might I remind you. Italian lovers are wonderful but they’re like rabbits on a wedge salad. Blink and you’ll miss it.”

Dorothy: “Italians aren’t the only ones. Stan had the attention span of a hummingbird. I barely had time to set my purse down and we were done.”

Rose: “This is so much fun, girls just being girls. But it’s getting late, and I have some counseling to do at the grief center early in the morning. What do you say we… hey, where did Sophia go?”

Blanche: “It’s okay, Rose. She was a little bit tired.”

Rose: “And now Dorothy’s gone as well. It seems like you have all the time in the world and then things suddenly happen so fast.”

Blanche: “Yes, they do. That’s how life works. But at least we’ve had all these talks and all these memories and that nice man over there playing opera on an accordion. Isn’t that lovely?”

Rose looks around the empty kitchen, then sighs. “Fine. More cheesecake for me. But I’m going to leave some extra plates out, just in case.”

After all this time

Every day is a chance to say I love you. Don’t waste it. 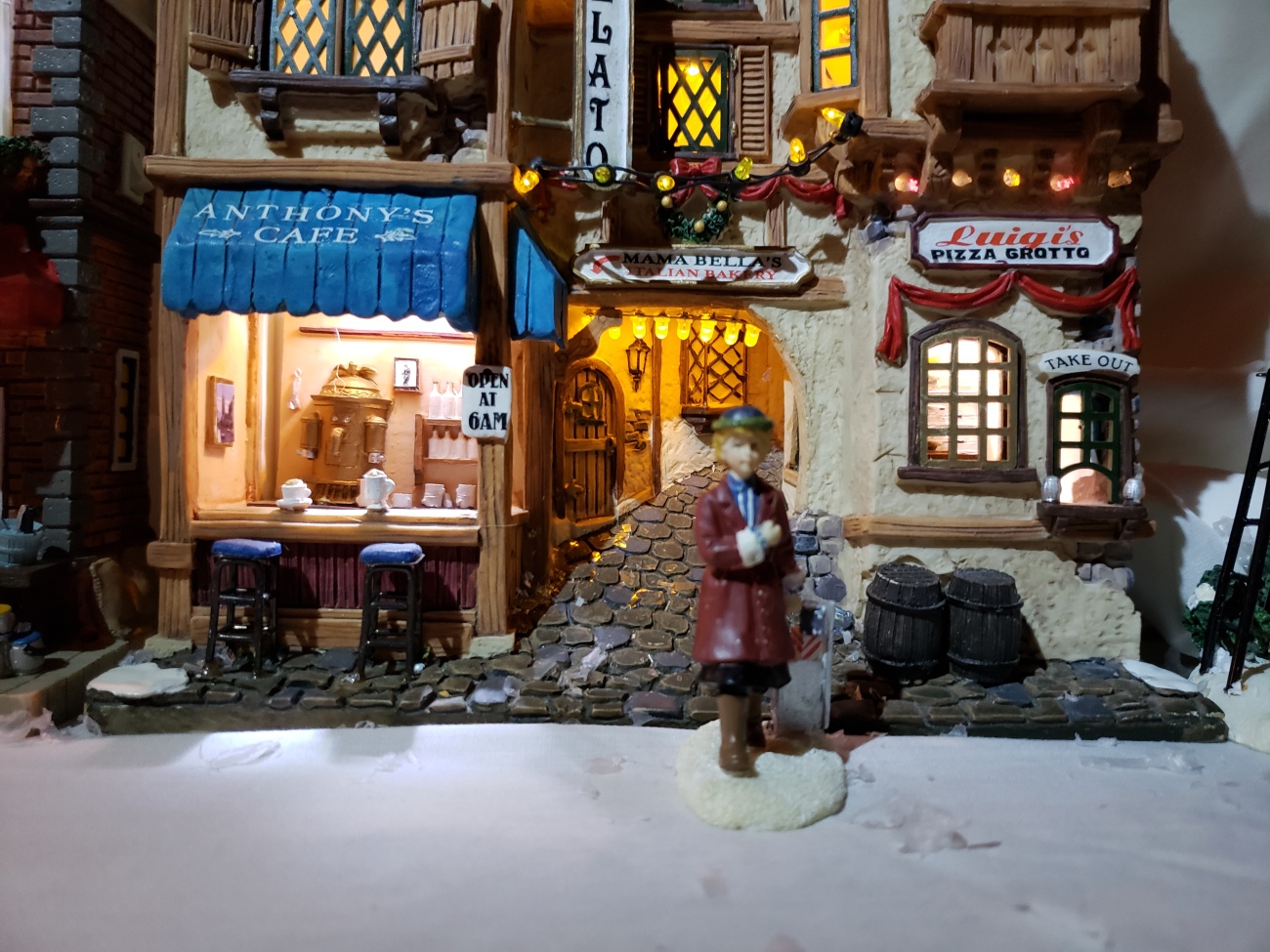