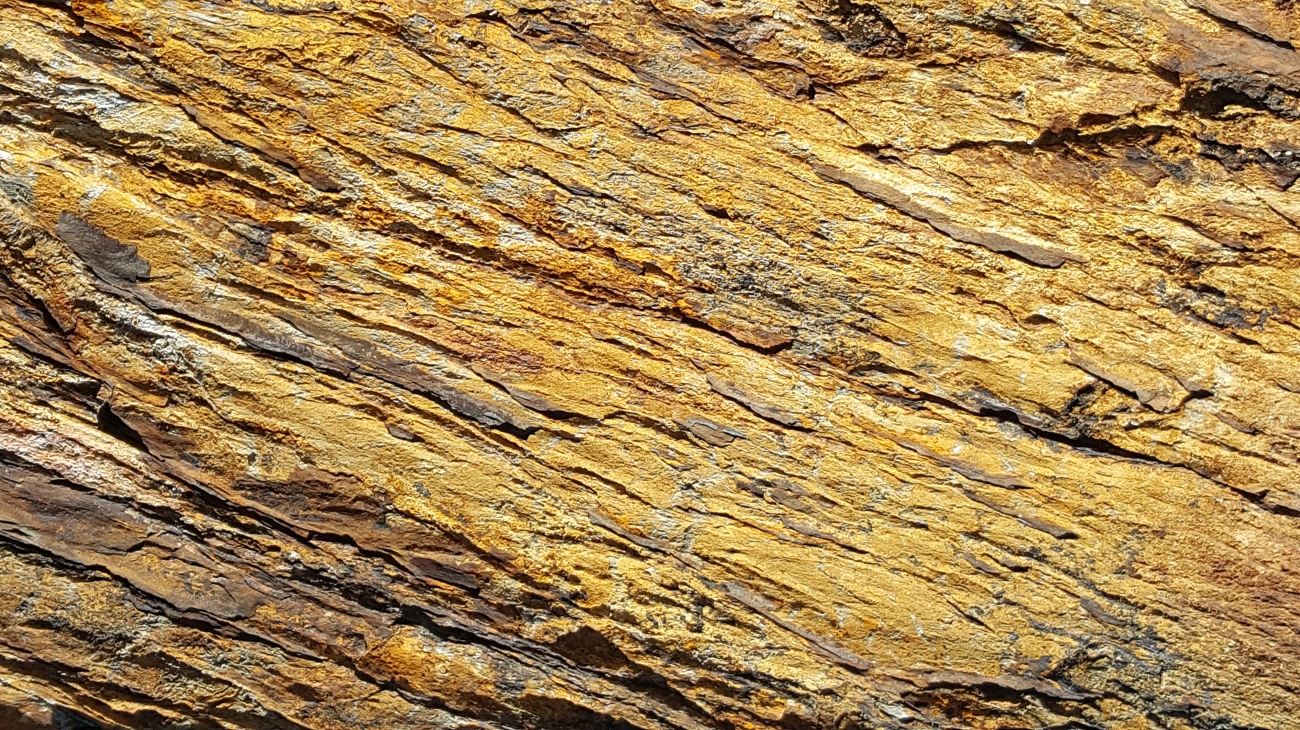 As a child, there was a stretch when I had an infatuation with fortune cookies. I was old enough to read, but young enough to readily believe in the lies that society will tell you. We didn’t go to Chinese restaurants all that often, as some of the ridiculously-conservative members of my family didn’t trust food made by foreigners. (Even as a wee urchin, I was already aware that, unless your food was prepared by a Native American, your food was made by a foreigner to some degree. Said relatives refused to grasp this logic, especially when said logic was tainted by someone younger than them grasping such. Nothing annoys a bigot more than facts.)

In any case, there were special occasions when into a Chinese restaurant we would trod. (Okay, some of those occasions were nothing more than stopping by an establishment for take-out, with no arranging of the family around a mammoth table that could accommodate the obvious signs of fertility in our clan.) End result, Chinese food was procured, including the lavish prize (at least to me, in my starry-eyed single-digit age) of a stash of fortune cookies in their crinkly wrappers.

Some of my siblings would tear into their fortune cookie as soon as the time-space continuum allowed, crunching away on the sugary crispness with lip-smacking relish and tossing the slip of paper aside, because reading was stupid. I would ignore their animalistic behavior, as I believed there was a certain protocol about life that required devotional respect. (This was another annoying characteristic I had which further convinced my family that some type of malfeasance had taken place in the delivery room during my clearly unnatural birthing.) You ate your food first and then you cracked open the cookie to discover how your life was about to change in some significant way.

But I really did want to get to the Big Reveal, so I would inhale my food in an expedient manner that probably could have been studied by manufacturing companies looking to increase their employee productivity. At times there would be dysfunction with my rapid-fire ingestion, leading to choking and near-asphyxiation. But I would never worry too much about that angle, as I was blessed to have a plethora of siblings who would happily whack me on the back with or without justification.

Post-binge, I would hoist the Sibyllic cookie, gently remove the cellophane shroud, tenderly defile the cookie until it proffered the sacred slip, and then peruse the prophecy. (I swear angels would sing. Swear!) Naturally, because those cookie revelations were intentionally written to be as vague as possible, I would have to ponder the words and determine which of my life questions they had answered.

Would a millionaire show up with documentation of my switched-at-birth snafu? Would I be whisked away to a prestigious prep school where the students were actually concerned about learning and not simply biding time until they were released from classes so they could bring in the fall harvest? Would the Carol Burnett Show continue forever? Would I finally understand why I got tingly feelings when the gym teacher took off his t-shirt during a rousing round of dodgeball? (Oh, screw that last part. I already knew.)

Good times, really, but the phase quickly dissipated once I realized the ruse of the vague generalizations, still in my single digits.

Flash forward to yesterday. I was cleaning the house, specifically the part where you tidy up the kitchen table. This mostly involves gathering up all the crap that everybody else has parked on said table because they couldn’t be bothered with returning it to its actual home or simply throwing it away like people who believed in protocol would do. (Sound familiar? Thought so.) I moved aside a candy dish filled with things that none of us should be eating should we have any plans to get the octogenarian badge, and I noticed a fortune cookie, winking at me in its cellophane entombment.

Hmm. This was probably my bad. My partner does not particularly relish Chinese food. He’ll eat a bit of it, in a quasi-supportive effort to keep our relationship from devolving into something that might require police intervention. I’m the one who furtively sneaks off to a Chinese buffet whenever possible, gorging on Egg Foo Yung and amassing a stockpile of the cookies I don’t eat anymore because I lost my faith years ago. I probably tossed this one on the table as I entered our domicile, stir-fried grease dripping off my chin, distracted by the sudden need to go separate the squalling cats as they slashed and howled at each other over a puff ball that neither of them really wanted.

It appears that the people who make fortune cookies these days are a bit more blunt.

And possibly much more on target. 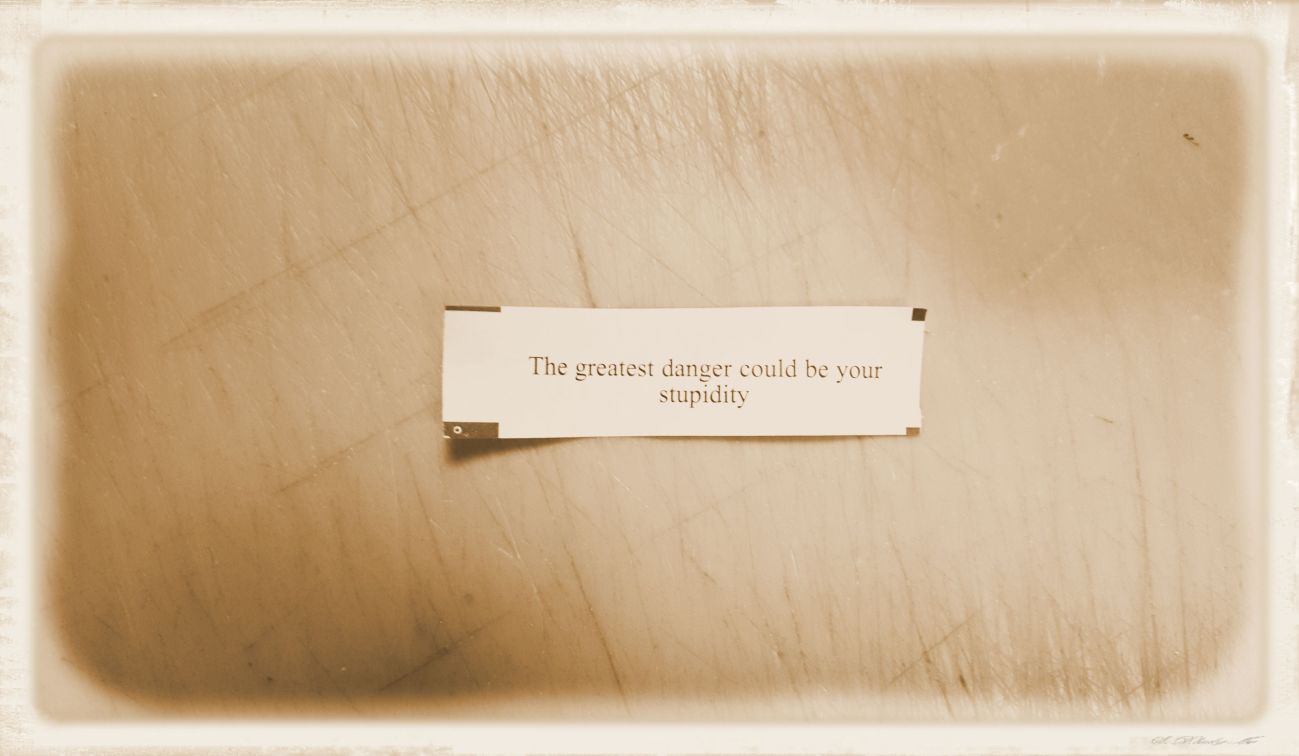 Originally published in “Bonnywood Manor” on 12/17/17. No changes made, as I’m still stuffed with Christmas dinner and the mere effort of moving the mouse around is causing me gastrointestinal complications. (Why did I pursue that third helping of mashed potatoes and turkey gravy? Why!) I’m resurfacing this piece as a reflection on the fact that some folks in America go to Chinese restaurants for their Yuletide repast. I don’t think I’ve ever done such (there are some hazy years in my 20s when who knows what the hell I did, so I’m leaving the door partially open), but I have often considered such a lark. Are there any quirky holiday-food traditions in your neck of the woods? Share if you feel moved.