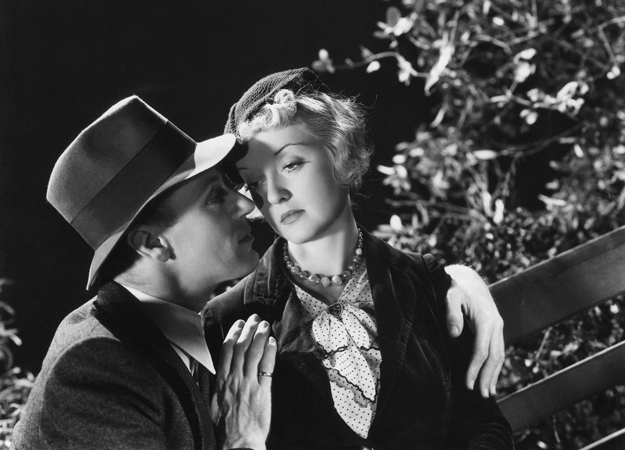 Leslie, left: “My dearest wish is that you understand how much I care for you. You are my pearl, my endless delight, my everything.”

Bette: “Well, I’ve got a few wishes of my own. Three of them, actually. First, somebody needs to speak to you about halitosis. It’s a quiet demon that destroys without mercy. Second, I hope you find a medical specialist who can figure out why your left hand is shockingly bigger than your right. And finally, I pray that the over-zealous amount of accessories on my bosom will not kill me before this scene ends.”

Director: “Cut! Bette, we’ve talked about this. You can’t go off script like that. It agitates my ulcer and I have to sedate the script checker. The poor girl has been in a chemical fog since we started filming.”

Bette: “Yes, John, we have talked about this. And I made it very clear that I’m simply not satisfied with these wretched words you expect me to utter. Who the hell wrote this mess?”

Director, apparently named John: “Well, the dialogue we’re having now comes from some idiot blogger in Texas with illusions of grandeur. But the actual script for this movie is based on a novel by W. Somerset Maugham. Perhaps you’ve heard of him, in those rare times when everything isn’t about you?”

John: “Do you really want to get into a discussion about odd first names?”

John: “Yes, we can all see that in your expression. The two of you have the chemistry of roadkill on an El Paso highway in July. Are you aware of chemistry, oddly-spelled Betty?”

Bette: “Of course I’m aware. And you know what helps create chemistry? A co-star who isn’t annoying and doesn’t smell like El Paso roadkill in August.”

Bette: “Of course you are. Hence my expression of absolute boredom that has been duly noted by everyone on this soundstage, including the nearly-comatose script girl who appears to be drooling on herself and apparently has not learned the fine art of wearing a bra in public.”

John, sighing: “Okay, Odd Betty, we’re running out of time. What will it take to get your cooperation in this situation?”

Bette: “I need motivation, John. All great artists need a muse. Or at least a good, stiff drink.”

Nearly-Comatose Script Girl leans over and whispers in the director’s ear, albeit a bit wetly.

Bette: “What? What is the person who will never be in the opening credits saying?”

John: “Well, the word on the street is that Joan Crawford is giving a stellar performance in her latest movie, ‘Gone with the Ego’, and the buzz is building that she might win an Academy Award.”

The Bette Davis eyes narrow briefly, full of fury, then they suddenly widen and glisten romantically. “That’s what I needed. I can do this love scene in one take.”

Leslie: “But what about my smell?”

Bette: “That no longer matters. I want an Oscar on my mantle and I’m going to get it. Fasten your seatbelts.”

Leslie: “My dearest wish is that-”

Bette: “Take me now! Take me like you’ve never taken anything before!”

Something flies off the set and lands near the startled cinematographer.

Coma Girl: “Well, I guess I’m no longer that only one without a bra. But we can’t use this footage, right? Nobody wants to see the other Bette Davis eyes.”

John: “Don’t worry. It’s all about the editing. Always.”

Originally published in “Crusty Pie” on 10/11/16. Modified and considerably extended for this post.

Bonus bit of nonsense: The following is a publicity still for “Of Human Bondage”, the movie I’m parodying, released in 1934, fifty years before Madonna burst onto the scene. Notice any similarities? Of course you do. Everything old is new again. And yes, that’s Bette Davis… 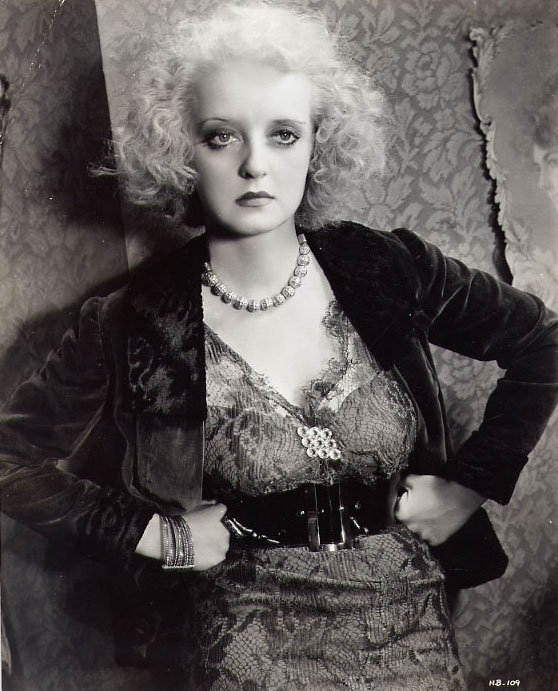