Dispatches from the Wasteland: Looking for Libations in All the Wrong Places 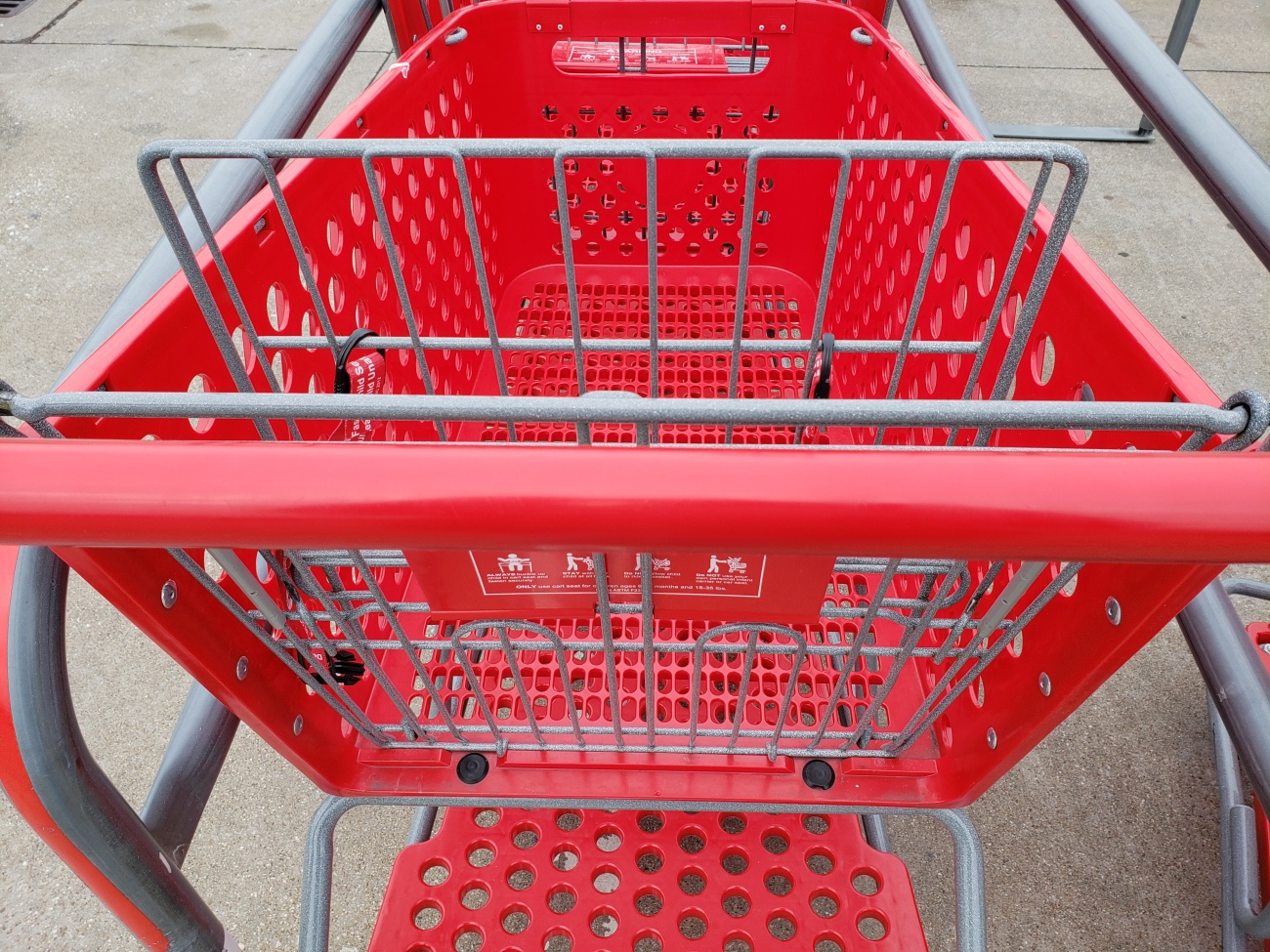 Note: The following is a serialized story I scribbled out when I was just a wee bairn in the blogging word. (In fact, this one pre-dates even the “Paris Chronicles”, which eventually became the book “Screaming in Paris”, and those of you who have been with me for a while know I gave birth to that mess around the same time as the invention of indoor-plumbing.) In essence, this twisted tale involves the intricacies of simply trying to obtain a bit of adult refreshment on a hot summer night. Enjoy.

So, here’s the deal: We live in a “dry” area of Dallas, meaning nobody up in this here hood (except restaurants) can legally sell alcohol. It is not possible to run down to the corner convenience store and grab a six-pack of beer. You must drive to other parts of the country to do so. This does not amuse me in any way.

How, one might ask, is it possible that different parts of the same city can have conflicting regulations concerning adult beverages? Good question. It seems that, at least according to Texas law, when one city (Dallas) swallows up another city (Oak Cliff, our hood), existing laws in the swallowed territory can remain in effect even though they do not apply to the rest of the Mother Ship city.

Okay, I get that. It’s irritating, but I get it. Trouble is, when Dallas sucked up Oak Cliff back in the early 1900’s, there weren’t any laws prohibiting alcohol sales. You could buy whatever the hell you wanted, thanks and come again.

What gives? Turns out that, in the 1950’s, some bored former Oak Cliffites (Cliffians?) decided that communism and demon alcohol were on the verge of destroying our country. Long story short, they rallied together and somehow passed a “local” ban on the vending of alcohol. (How this was also supposed to halt the communist invasion, I don’t know. Maybe they originally just wanted to stop the importation of Russian vodka and things just got out of hand.)

Bottom line, if you visit our house and would like to enjoy a nice glass of wine, you better bring the vino with you, or we’ll have to load up the truck and head to a more progressive part of town. You may ask yourself, assuming that you have any investment in this story, where does one go once the truck is loaded? There are quite a few options, really, but most of them involve freeways, and one thing you should never do in Dallas, unless you absolutely have to, is get on one of the freeways, filled to the brim as they are with wild-eyed, empty-headed twit nuggets intent on destroying civilization.

Which means we take the down-low route on our libidinous excursions.

Just south of our humble dwelling, there lies the smaller town of Duncanville. This little burgh also used to be “dry” back in the day. But several years ago, there was a change of heart by city officials. (We can make money off the drunkards through sales taxes. Hurray!) The laws were changed with admirable alacrity, stunning everyone, as progress in this state is not something that happens easily.

End result, and almost overnight, tons of mom-and-pop convenience stores sprang up along the city limits between moist Duncanville and bone-dry Oak Cliff, with the sole purpose of providing quick relief for the parched and sober Cliffers. There was rejoicing and singing in the streets. Well, except for the Southern Baptists. They did a lot of public bible-thumping and proclaiming of End Times, and then privately rejoiced and sang, because hypocrisy is on their calling cards.

Trouble is, “mom-and-pop” means “not part of a decent corporate chain and therefore there’s no professionalism whatsoever”. The properties are poorly designed, the employees apparently were recruited under the nearest interstate bridge, and banjo music plays continuously. No one in any of these establishments will be winning a Nobel Prize. Or a paternity lawsuit.

The closest of these shacks is a structure with the soothing name of “Cool Breeze”. Sounds relaxing, right? Visions of walking along the beach during a beautiful sunset, during which you pluck a chilled bottle of Budweiser out of a cooler shaped like Jamaica. Wrong. This place is proof that hell is beyond full and the dead are walking the earth, with some of them ending up in the White House.

First off, it’s a challenge even getting into the parking lot. There’s only one main entrance, which is also the main exit, so you are forced to fight upstream against all the excited people who have already made their purchases and couldn’t care less if you get yours. (This is also how Republicans act when it comes to tax credits. Once they get theirs, they are not going to let you get yours.)

As you pull in, there is a small parking lot on the left, directly in front of the building. Do not EVER park in this section. You will be trapped in there for days. Because the idiot owner put in a drive-thru window on the right side of the building, and the line of cars at said drive-thru will often back up past the entrance to the little parking lot and out into the main drag.

And don’t be thinking that someone in the drive-thru line will be polite and let you out. Remember, this is the closest source of alcohol for our area of Oak Cliff. Meaning all the hard-core drunks in this part of town head straight to Cool Breeze as soon as they get off work (or get fired again), and they MEAN. They are not going to let your ass out and waste an additional twenty seconds before they can get their lips wrapped around a tallboy.

Don’t even think about gently honking as means of expressing your desire for escape. They will grab a crowbar or an empty cooler and beat you to death with it. These people don’t play. Never honk. It triggers something in the psyche of the horde, akin to Janet Leigh asking Anthony Perkins if she could have some fresh towels so she can take a shower.

The festivities don’t end there, especially when it comes to evil, stupidly-designed drive-thru. Remember, there is only one main entrance/exit to this place. Once you’ve done your business in the drive-thru and managed to survive said transaction, you have to drive to the back of the property and turn around. (There’s a gigantic parking lot back here, but no one ever uses it. There are no lights. If you can get killed right in front of the store, no telling what can happen to you back there. Your profile pic could be on the back of a milk carton within seconds.)

Once you’ve done the U-turn in the death lot, you then must motor back through the drive-thru, squeezing past the stalled line of cars yet to be serviced. And since many of the drive-thru patrons grow increasingly irritated while sitting in line waiting for the slow-ass serving wench to lug a 24-pack to the window, they have no patience by the time they come out of the U-turn and they FLOOR it on the straightaway, screw whatever they might hit.

On the far-right side of the property is a single line of parking spaces, facing a fence that separates Cool Breeze from the salvage yard on the other side. (It’s a quality neighborhood.) THIS is where you park. It’s the only section of parking where you have a pretty good shot of actually being able to leave the property after making your purchases. On the down side, there are a number of ways in which you might get killed before you ever make it back to your car.

Your first obstacle is the theoretical express lane for those cars done with the drive-thru. Look carefully before crossing. It may appear completely safe, with the sun shining and birds chirping and Julie Andrews warbling something about kittens. One second later there can be a massive SUV headed directly toward you with no intention of stopping, thumping music blaring and already-empty beer cans sailing out the windows.

Next, you have the stalled line of cars waiting to pull up to the drive-thru window. They may look harmless, because they are not currently moving, but it’s deceiving. Don’t you DARE try to cut between the cars at a moment when it’s time for everyone to move forward a notch, because they will NOT stop if you are in the way. You may find yourself smashed into the back of a vehicle with a trailer hitch up your ass.

And don’t forget, drunkards usually don’t care what they drive. Therefore, this line is usually full of decrepit, illegal vehicles, belching clouds of toxic black exhaust that make Chernobyl look like a discreet belch from Queen Elizabeth when the steak tartare was not to her liking. Do not attempt to breathe until you are well clear of anything to do with the wretched drive-thru.

Don’t get uppity once you make it to the small parking lot in front of the store, thinking you’re safe and all. You can still get clubbed with an ice chest because somebody thought you honked at them. It doesn’t matter that you are not even in a vehicle and could not have honked. They drunk. Do not make any loud noises or look at anybody. Get your butt inside the store, pronto, where there’s at least a small chance that one of the employees might possibly render medical aid, if needed and assuming that they give a damn whatsoever.

And once you’ve passed through the portals of “Cool Breeze”? Oh. My. Gawd.

Click here to read the next installment in this series…

Originally published in “The Sound and the Fury” on 08/13/09. (Almost ten years ago? Damn.) Some changes made, mostly to clean up an admitted mess of a writing lark, although not so much to completely diminish my writing style at the time. It’s fun to see where I was a decade ago, and I certainly don’t want to lose that part of me…

Fair warning: We leave on Friday for a family wedding in Houston, making it a bit absurd that I’m kicking off a serialized story since I may not have access to the Internet throughout the weekend. But since the framework of the story is already there, I’m hoping I’ll be able to share the full story (there are six parts) in a timely manner, with a bit of fine-tuning here and there as rice is thrown and toasts are made. We’ll see.