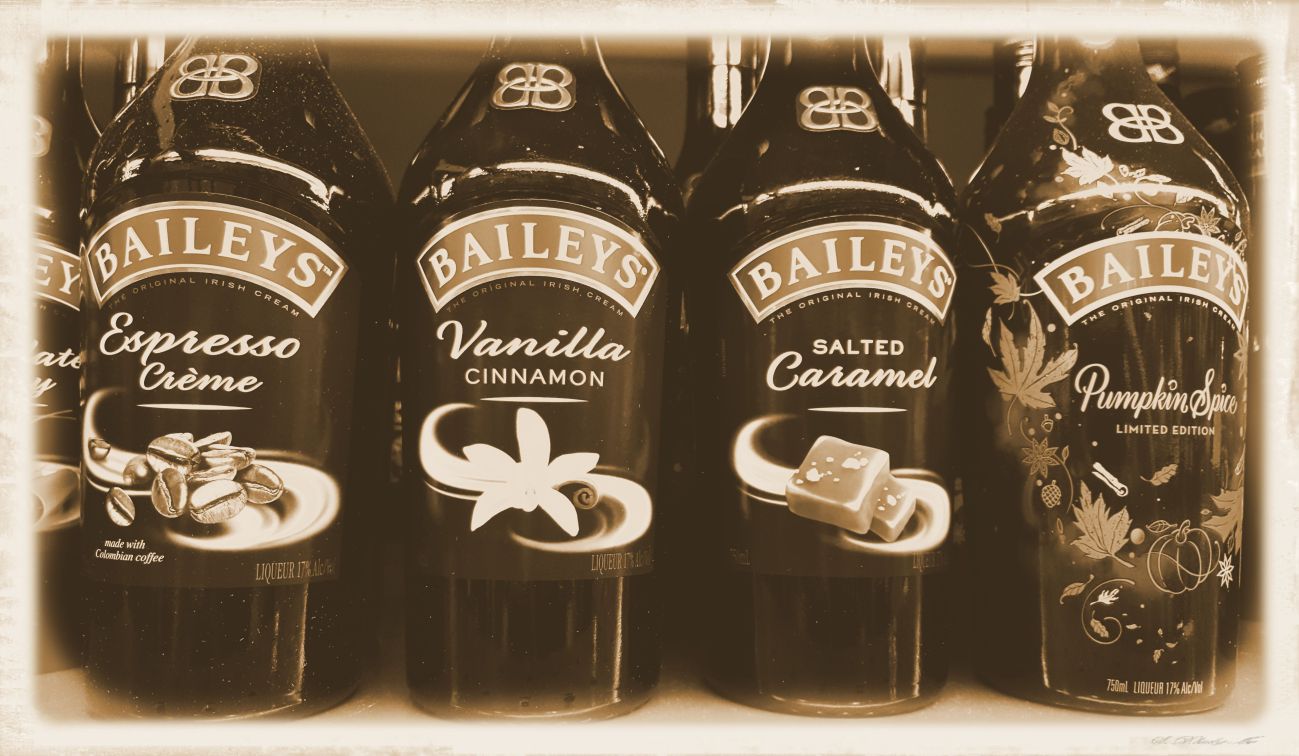 The occasion: A festive birthday party at a friend’s lovely home. The setting: The quaint back patio of said lovely home. The time: Several drinks into the night. The factuality: This actually happened, although I fudged a bit with things like the real names of the people involved and the fever dreams they may or may not have had. The issue: An over-enthusiastic revelry participant walked smack into the glass door that leads from the patio to the inner sanctum, as long as you open it first. The participant did not.

There was no bloodshed or permanent injury, but still, it was a startling moment in the evening, and we will now talk to a few of the horrified guests to see how they are doing emotionally…

1. Apiphany, a witness, and a popular celebrity, famous for her original and creative use of lip gloss.

“Well, I was simply standing there, looking glorious in the glow from the bug-zapper, and sharing a charming story with three of my favorites fans, a little anecdote about the time I fell on my ass in a Parisian hotel. I’ve actually grown a little tired of repeating this adventure, because so many people mistakenly assume that my graceful but noisy plummet had something to do with clumsiness and wine-consumption. But I just couldn’t disappoint my fans, they were so wide-eyed and eager to hear of any adventure involving me.

Anyway, I was just getting to the part where Ryan Gosling calls me on his cell phone, desperately wanting me once again, but his pleading is interrupted by the sudden rudeness of my legs flying over my head. Suddenly, as I’m acting out the part where one of my designer platform flip-flops went sailing through the air and beaned a Norwegian man eating curry near an ugly statue, there’s some movement off to my right as someone who possibly wasn’t listening to my story stands up.

I turned to tell this horrid person that I don’t appreciate it when my fans perform unscheduled maneuvers during my monologue, but the words died before making it out of my dewy and glistening lips. It seems the unfocused audience member was Tumblina, the charming and grown offspring of my socialite friend Lolo. (Tumblina’s ancestry is not really important to the story, but I so love saying ‘Lolo’ because it allows me to pucker my moist lips even more.)

I watched Tumblina in amazement, as she appeared to be in some kind of trance. This often happens with my fans, but she wasn’t looking at me and I couldn’t fathom what she might be interested in that was more dazzling than me. Tumblina paused at the glass door, as if studying something inside, then marched forward with determination, leading to a resounding collision that was louder than the 21-gun salute they gave me in Madrid.”

2. Big Tex, another witness, and one of the reluctant “fans” forced to endure the sad travelogue of Apiphany lying on her back in that Paris hotel.

“So I was just sitting there, trying to have a nice conversation with my work-wife Bitsy, when Apiphany came trouncing up and decided to regale us with the 412th rendition of that night in Paris when she made the poor choice of wearing three-inch wedgie sandals despite the marble lobby floor being rain-slick and treacherous. Bitsy and I discreetly joined hands in silent mutual support, and we quietly murmured a prayer that we would get through this without someone being admitted to a mental institution.

Apiphany launches, and of course she has all the facts slightly twisted around, making it appear as if she was the innocent victim of malevolent French spirits that mercilessly tormented her angelic body. This is not the case. Let’s just say that the problems all started earlier in the evening when Apiphany’s derriere managed to knock over a vase in a chic little restaurant, setting off a chain reaction that nearly destroyed half the building and underscored the French notion that Americans are simply animals with credit cards.

My reveries were interrupted by movement on my right. Tumblina had stood up from her chair at the far end of the patio, despite the published rulings that one mustn’t do distracting things when Apiphany is pontificating. Tumblina meandered toward the glass door in a shuffling manner, her eyes somewhat vacant and unfocused, arms hanging limply. It was just like Children of the Corn, except we didn’t have any children or corn.

Tumblina paused at the glass, possibly receiving further instructions from her home planet, and then she slammed into the door like a fly hitting the windshield of a Maserati doing 110 on the Autobahn.”

3. Bitsy, another witness, although her testimony may be overruled due to her intense fascination with, and indulgence of, the alcoholic options available at the soiree.

“I was just sitting there, drinking, and thinking how pretty everyone was. Big Tex was holding my hand. I didn’t know what that was all about, but it was nice and his hand was warm. Three ladies were standing in front of me, telling a story. They all looked alike, and they all sounded like Apiphany, so she was probably one of them. The story was about Paris and rain and ass. Something.

Then three other ladies stood up at the end of the patio and walked to the glass… what was that thing? Oh, a door. A glass door. One that wasn’t open, I don’t guess, because the three ladies smashed their faces into the door at the same time. I didn’t know why they wanted to do that, so I asked the jello shot in my hand if he understood what was going on. He didn’t. So I ate him.”

4. Gin-and-Tonika, birthday celebrant and actual house owner, giving us the point of view of someone on the other side of the evil door.

“I was inside the house, currently stationed at the table where we had a big-ass spread of food. We had tons of stuff, so I was throwing food at people as they walked by, yelling at them to eat it because I didn’t want to shove all that mess in my fridge. Especially the stuff with onions. I keep telling people that I don’t like onions but they bring that crap anyway. God.

Anyway, I’m talking to some friends from work, when suddenly there’s this sonic boom that they probably heard three counties over. We all look at the glass door, and there’s Tumblina, peeling her face off the glass and leaving a smeared spot that looked like the mask in those Scream movies. Luckily, Drew Barrymore wasn’t around and I was pretty sure nobody had a knife, so we probably weren’t about to be killed. I went to check on Tumblina and see if she wanted to take any bean dip with her when she finally left to go walk into her own doors.”

5. Crystal, the actual door, and the overlooked victim in this situation.

“I was just hanging there like I always do, keeping the cool air in and the hot air out, but still letting people see each other so they could make sure nobody was doing something stupid or hitting on spouses that were not their own. Off to my right, that really chatty lady was telling yet another story to three people with blank faces who were clutching their drinks really tight. Off to my left, there was another group of people just waiting for somebody to say something interesting until it was time for another round.

Then one of the Lefties hopped to her feet and marched my way. I prepared for my handle to be grabbed and concentrated on not making any squeaky noises when I got opened, because Gin-and-Tonika runs a tight ship around here and doesn’t care for onions or things that are not well-oiled. I sent a preliminary signal to the security system that it was about time for them to make the little beep-beep noise when people open doors.

But instead of opening me, this woman just stood there for a second and reviewed something behind me, apparently not interested in using me like I need to be used. I was just about to send a cancel memo to the security system, when the crazy woman suddenly ran forward and slammed into me. What the hell? What did I ever do to her except provide helpful access? People just don’t have any manners anymore.”

6. Tumblina, or She Who Travels Incorrectly.

“I don’t know why these people are being so mean to me, laughing at my expense and making jokes about Helen Keller. (Although the seeing-eye dog that somebody had delivered to my house is a cute little thing, so I might keep him just because.) They clearly don’t have all the information about what happened, so this is how it really went down.

I was sitting in my chair on the patio, wondering why Apiphany was at the other end of the seating area and acting out something that made it look like she had a personal condition that really needed to be checked out at the free clinic. Just then, I had a small vision featuring Robin Williams and Whoopi Goldberg. They told me that if I just went into Gin-and-Tonika’s house, counted the number of unbroken corn chips, subtracted the number of discarded wine corks on the right counter, and then multiplied by the number of uneaten dishes that contained onions, I would be able to figure out all six Power Ball numbers that were going to be pulled later that evening in the 29-state mega lottery.

I leaped to my feet. I had to do this. Free money, right? Besides, I needed to pee.

All excited, I raced up to the door, then paused. Wait, had Robin and Whoopie said ‘Gin-and-Tonika’ or ‘Gin-and-Juicika’? Because Gin-and-Juicika lived way down the street and I was really tired and I didn’t know if free money was really worth walking somewhere. Then I noticed my reflection in the glass, and I could see Robin and Whoopie, one in each eyeball. They were each holding up a bottle of tonic water and nodding their heads. Got it.

And then I forgot all about the stupid door and smacked right into it. Alcohol was not involved, just visions of Good Will Hunting and Sister Act stars trying to be helpful, but the hyenas around here would not let it go. I’m glad that I hit my head and forgot about my mission. These people don’t deserve any free money. Well, except maybe Gin-and-Tonika, so she can pay somebody to get the imprint of my face out of that door.

But the jello shots were sure tasty. Mmm hmm. I might go to the next party after all, just for some of those. But I am not leaving my seat the entire night. Ever.

Previously published in “The Sound and the Fury” and “Bonnywood Manor”. Minimal changes made for this post.

Story behind the photo: Just a random shot I took at a liquor store in North Dallas. No deeper meaning beyond that.