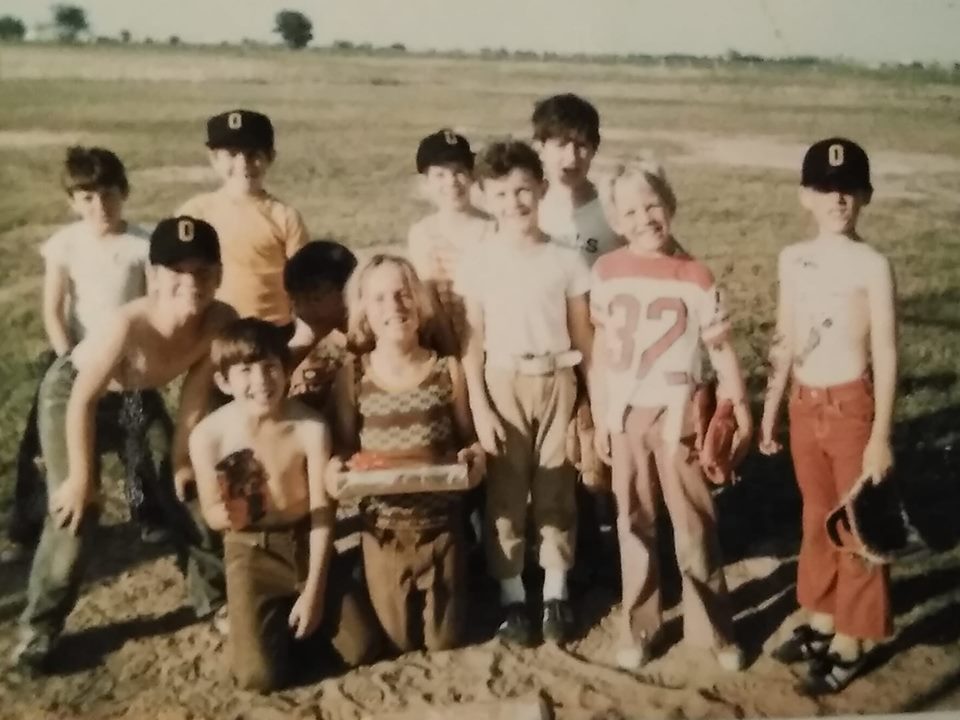 A few months ago, I wrote a rambling (surprise!) piece that ended with a recounting of a wretched day at baseball practice during my tender youth. (You can find said piece here. If you choose to visit, be sure to read the comments as well. It’s another shining example of how the commentary here at Bonnywood can be very satisfying and rewarding.) A few days ago, a friend on Facebook happened to share a photo of said baseball team on the very practice field where the startling incident occurred. Said photo is the lead-in for this post.

I’ll let you figure out which one is me. If this proves to be an initially impossible task, I’ll provide clues in the comments.

A bit of background on this snap: It was the early 70s, thus explaining the blurriness that I’m sure is mystifying to those who have grown up with smartphones. It was an impromptu birthday party for one of the players, thus explaining why the boy in the general center is holding a gift-wrapped something or other. (It seems there was also a cake involved, but I see no evidence of edibles, so we had either already consumed it or were anticipating such a development. Most everyone seems to be very happy and possibly giddy from mainlining sugar, so the first option is most likely the probable one.)

Oh, and before anyone reports this photo for the partial nudity, I should point out that the couture situation is the result of that old-school tradition known as “shirts and skins”, wherein we would break into mini-teams and play against each other, with the wearing or lack-of-wearing a clever top assisting our short-attention-span brains in identifying fellow mini-teammates. (Do they even do “shirts and skins” anymore? One would think that some fool somewhere has probably filed a lawsuit by now to stop such blatant carnality.)

Since this post has managed to get me waxing nostalgic, I’ll throw out a second photo. I believe I have used this one before, possibly multiple times, but at this late hour I will not confirm or deny anything. This is a shot of me and the oldest of my sisters, taken during a rare moment when we could tolerate each other. As an added bonus, here is a link to a recounting of the first moment when I made a bid for familial-emancipation, a break for freedom that occurred around the time of this photo, with me running out the back door of the very house in which the two of us are sitting. 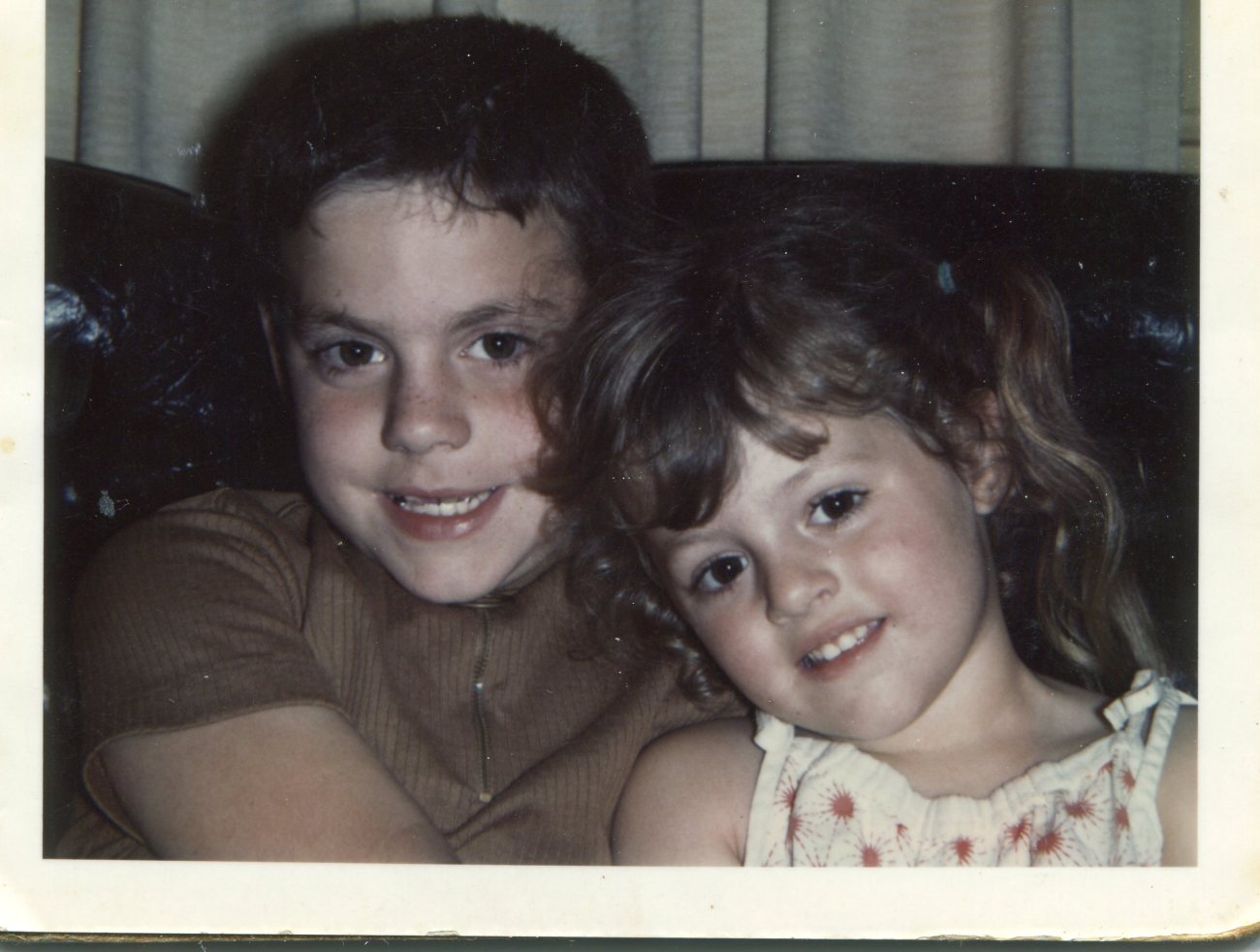 Enjoy your day, folks. Make the best of it.