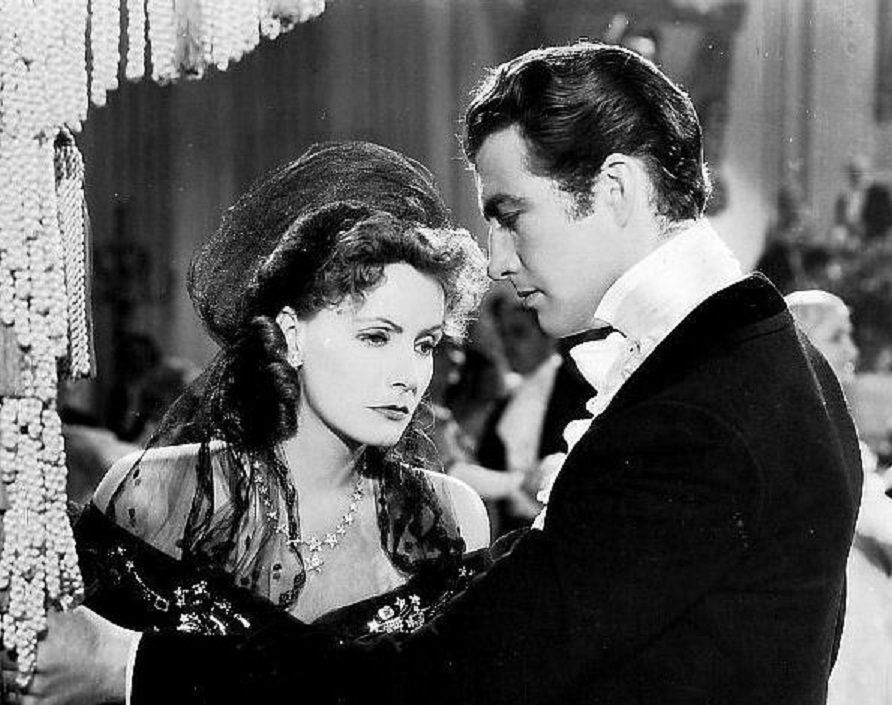 Robert: “Of course, my darling. Whatever is the matter? You look a bit tepid despite the wonderful lighting.”

Robert: “Are you speaking of those horrid tassels on the left side of the screen?”

Greta: “Well, those are quite wretched, as if Shirley Temple exploded in here, but that’s not what’s troubling me.”

Robert: “Are you still annoyed that you now have to speak in films rather than just look pale and tragic whilst someone scribbles subtitles?”

Greta: “Well, I do miss the days when I didn’t have co-stars who improvised with the dialogue such as you are doing now, because there was no dialogue, but no, that’s not the source of my unbearable anguish.”

Robert: “My beloved, you know that I care for you, because it’s in our contracts that I do such, so share with me your torment and pain so that we can embrace during the fadeout.”

Greta: “Someone has glued a bird’s nest to the back of my head. And I simply don’t know what I’m going to do with all these eggs. They keep dropping out at the most inappropriate moments. It’s like a frenzy of fertilization confetti every time I take a step.”

Robert: “That sounds horribly unpleasant. Is there anything I can do to distract you from such discomfort? Would you like to dance? They’re playing that waltz we enjoyed so much in that other movie we made together, the one where we did something or other in Vienna, even though it was really a sound stage in Burbank.”

Greta: “Oh, Robert, how could you say such a thing?”

Robert: “My sincere apologies. Is the word ‘sound’ still indelicate for you?”

Greta: “Darling, you’re very pretty, but you’re a little bit slow. No, I can’t possibly have you whisking me about the golden-hued flooring of the Grand Ballroom. I’d leave a trail of crunchy egg salad behind me that will have everyone on their asses within minutes, with legs in the air and unexpected revelations of beavers and bangers.”

Director: “Cut! We’ll have to redo the scene.”

Greta: “Whatever for? I thought it was going quite swimmingly, despite that fact that we had to speak actual words instead of telling the story with our eyes.”

Robert: “But it was acceptable that we talk about Shirley Temple exploding? That’s okay?”

Director: “Of course it is. This is America, where the hypocrisy is thick and deep. Anything goes if it involves gore and violence, but the line is drawn when it comes to an honest depiction of human anatomy. Well, that’s only half true. Women are allowed to run about completely naked for 97% of the film. But the men? No, you never show the banger. Maybe a half-second naked butt shot, but never the banger. We have to leave that up to the Europeans, where the actors can full-frontal the hell out of it for thirty minutes whilst discussing Sartre and eating juicy figs. Now, let’s roll this one again.”

Greta: “I never should have left Europe. People there just aren’t bothered by sexuality and male nudity. There are much more important things to worry about.”

Robert: “Perhaps we could move there, the two of us. I do so love a juicy fig and full-frontal discussions.”

Greta: “Darling, you’re very pretty, but perhaps your Sartre is not quite up to the task.”

Robert: “Whatever do you mean?”

Greta: “Oh, don’t mind me. Let’s reassume our positions, shall we? And this time, no bangers. Promise.”

Previously published in “Crusty Pie” and “Bonnywood Manor”. Considerably revised and extended for this post. And for the record, I’m not suggesting that we all run naked through the streets, but let’s be real. We all have dangly bits and personal crevices. Pretending that we don’t does nothing to move us forward. And what the world really needs right now is some actual honesty and not the subterfuge and obfuscation favored by those politicians who insist on deepening the cultural divides…