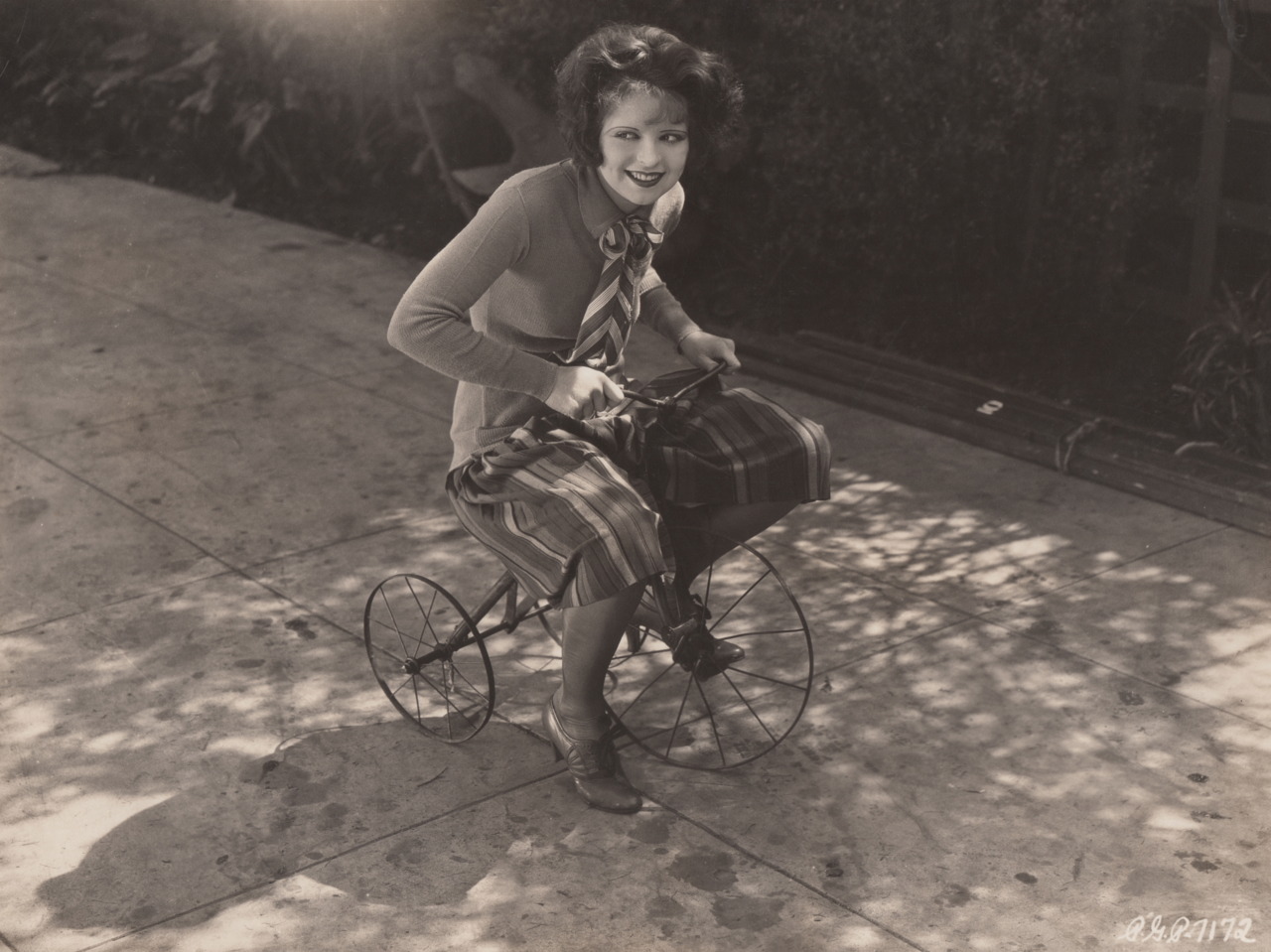 In a bold move to show her support, Clara demonstrates what it’s like for teachers in the public school system to do their jobs when Republicans keep slashing the funds for education. At first, thing go quite swimmingly, with many passersby honking in support and Joan Baez coming out of retirement to sing a stirring anthem (“We Shall Over-Ride!”), accompanied by Bob Dylan on harmonica.

The situation shifts a bit when Clara creaks her way around a corner and smacks into a wall made of bureaucratic red tape, scheming school board members and parents who expect her to raise their own children. There’s a brief kerfuffle whilst things are sorted out (with one of the idiot parents screaming that she is going to sue for inappropriate touching, even though she inappropriately ran into the middle of the damn road), then Clara gamely hops back on her Tiny Dancer Bicycle Built for None, working the puny peddles with peripatetic impunity. (Clearly, she is an English major, with a minor in poetry.)

Just as Clara approaches the finish line, some woman wearing Gucci and a permanently-dazed expression wanders out and snatches the checkered flag from a very-startled Susan B. Anthony, who has arisen from the grave to march once again for those who can’t afford to march.

Spectator A: “Who the hell is that Snatcher?”

Spectator B: “That’s Betsy DeVos, the current Secretary of Education”

Spectator A, whose real name is Margaret, should you be wondering: “Oh, you mean the one who went to private schools all of her life, hates public schools with the passion of a wildebeest, and is now in charge of public education in this country?”

Spectator B, real name Maria: “The very one. She’s another shining example of Trump filling his Cabinet with those who understand that he expects undying loyalty even if they don’t understand the jobs they’ve been given. Of course, most of the original members of that Cabinet have quit, are under indictment in some form, or simply haven’t been seen since their appointments. It’s like a never-ending episode of ‘The Sopranos’, except the acting is terrible and there’s not an actual script, because they make crap up by the hour.”

Margaret: “Is it that bad? I try to pay attention, but it just makes me nauseous.”

Maria: “Let’s just listen in, shall we?”

Clara shifts the gear on her Tiny Dancer into neutral and glares at the flag snatcher. “Why are you doing that? I won this race fair and square, despite all the ludicrous obstacles you’ve thrown in my way as a teacher. I’ve done amazing things with my students despite absolutely no support from you, just like thousands of teachers across this country. I deserve a bit of flag-waving for my efforts. We all do.”

Snatch, still dazed and still fundamentally unaware of the real world, despite that one time she bothered to appear at an actual public school and was met with extreme booing and back-turning: “But that’s just it. Those obstacles were meant for you to fail. If you refuse to give up on the futures of the wretchedly poor children of America, then I have no choice but to change the rules. I’m moving the finish line further down the road, and I will keep moving it until you give up and accept the fact that only the wealthy children deserve a good education.”

Clara grits her teeth and bites her tongue (not an easy combination to pull off, try it sometime) and begins pedaling again. Joan and Bob run along behind her, ready to give her a supportive push here and there, if needed.

Margaret: “Has it really come to this?”

Maria: “Oh, this is just the tip of the iceberg on the Trump Train to Hell.”

Previously published in “Crusty Pie” and “Bonnywood Manor”. Extensively changed and extended, incorporating some of my own responses to the comments on the previous Bonnywood post. Education for all is a critical component for the future of any society, and my heart, and my thanks, go out to all the teachers, be it public or private or potential, who remain firm in their resolve to give the gift of knowledge to our children, whether they wear Gucci or hand-me-downs.

My heart does not go out to Betsy DeVos, obviously, or Trump, or any of the Republicans who know better but hold their noses and support both of them in a desperate attempt to kiss the ass of the Self-Imposed King. All of them will prove to be dark stains in American history. And the other sins of the Trump Administration will make that stain even darker, a stain that will take quite some time to wash out.

Then I think back on Joan’s impromptu rendition of “We Shall Over-Ride”, and Bob’s woeful but inspirational harmonica, and the Claras of the world, keeping their feet on the pedals, and I will not give up hope that one day our laundry will be clean again.