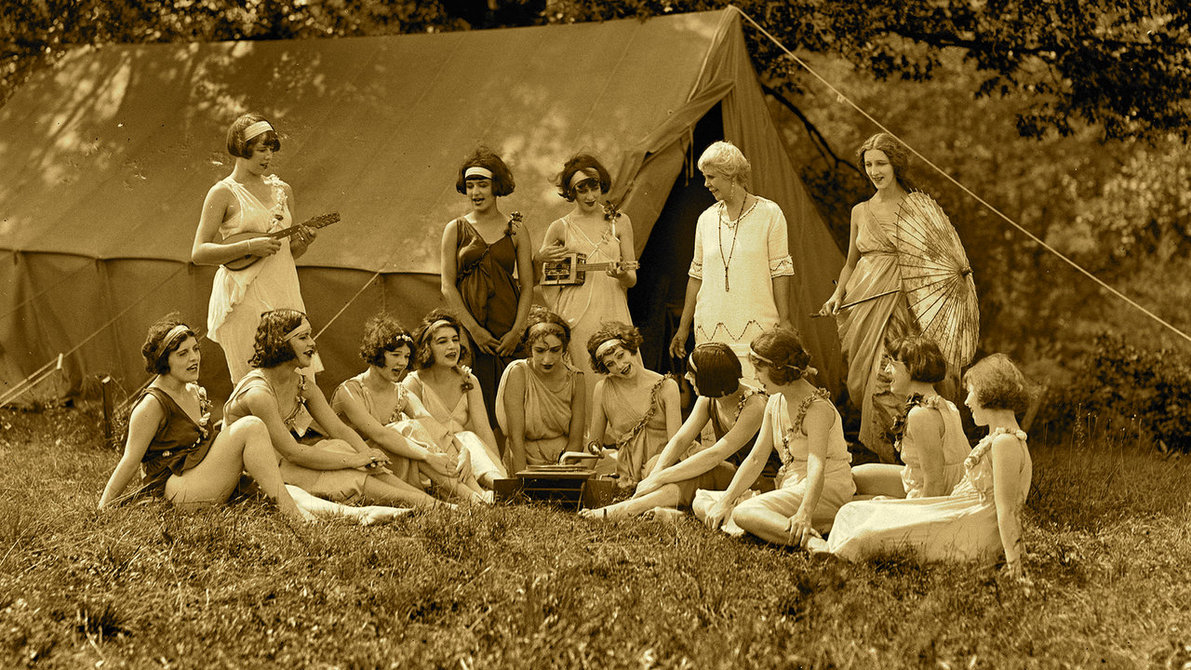 The esteemed mountain climber, Javier von Bigthrust, was working his way toward the summit of Mount Sapphia when he rounded a tree and encountered this scene.

His first instinct, as he gazed upon such a mystifying display of estrogen-based revelry, was that he should run back down the mountain and alert appropriate authorities. In his many experiences over the years as a naturist, he had never encountered this particular species of wildlife. After all, the first rule of the jungle is you don’t poke a stick at things you can’t identify.

His second instinct, based on the lack of panties being worn by the woman on the far left as she painfully strained to warble whatever ditty they were bellowing, was that maybe he should lay his hat here for the night and hope for the best. Perhaps there might be poking after all.

His final thought, however, was that people are people and we should all just nod politely to one another and remain true to our own journeys. It’s not our place to question the choices of others unless those choices directly affect us. Javier quietly slipped away and continued his climb, only pausing once to look back and listen to the faint refrains from below, then he sighed and carried on…

Previously published in “Crusty Pie” and “Bonnywood Manor”. Modified and extended for this post.