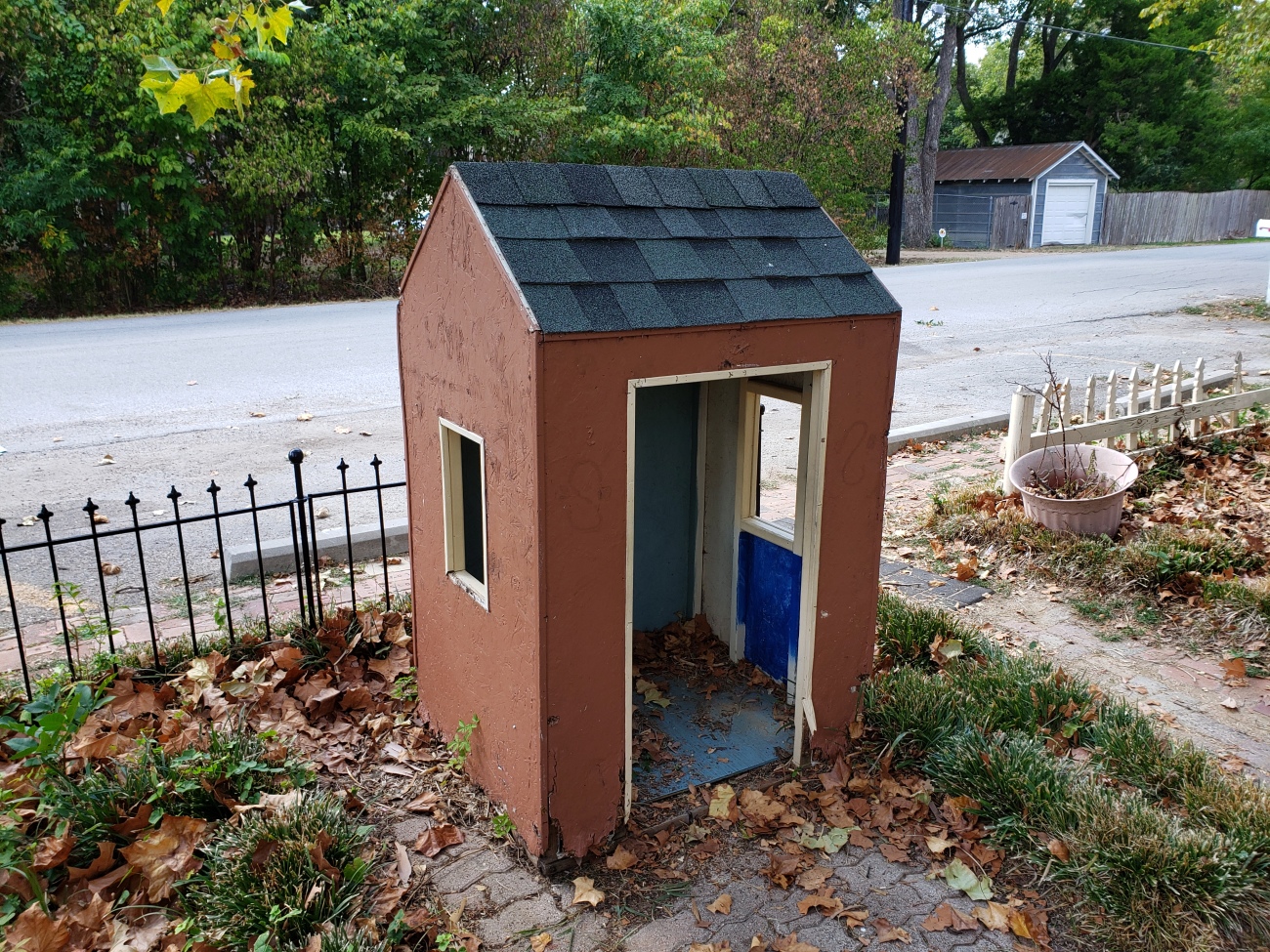 For this week’s writing prompt, we find ourselves in Waxahachie, Texas, thirty or so miles south of Dallas. (Trivia note: They filmed much of 1984’s “Places in the Heart” around here. This is the movie which garnered Sally Field her second Academy Award, and she uttered the infamous “…you like me… right now, you like me!…” lines during her acceptance speech.)

I am standing in front of what is known as the Catfish Plantation, looking away from the building.

It’s an 1895 Victorian house that was converted into a Cajun-themed restaurant in 1984. The food is delicious, and it’s often deep-fried. (You can order the hushpuppies as an appetizer, as they are that good. And we did.) During this visit, I ordered the crab cakes (the spices were stunning), the coleslaw (just the right creaminess, none of that dry-and-scratchy mess one often encounters) and the rice-and-beans (perfection; it spoke to me with poetic beauty). People come from miles around just to sample the goodness.

And they also come to see the ghosts. Or at least they hope to do so.

You see, the place is haunted.

The restaurant has been featured on a number of those “ghost-hunting” television shows, some cheesy and some very professional. All of the shows, even the most skeptical, come to the same general conclusion: Something is not right about this place.

And yes, I’ve had my own experiences there. (Most of them did not involve alcohol, should you be rightly wondering.) These occurrences run the gamut from things not being where I thought I left them on the table to cold spots, murmurings and whispers, and the sense that someone was with me in the bathroom, even though I was alone and the door was locked. (The bathroom is apparently a hot spot, something I didn’t know until I returned to the table, a bit on edge, and I had a chat with the server.)

No visuals, though. Not with me. But others have seen things, many of which are hand-documented in the “guestbook” in the lobby, which you can peruse whilst waiting for a table. (There is often a wait, as there are a limited number of tables, crammed in the various small rooms that are the signature of a Victorian house.) Many of the entries are benign and stupid, riddled with grammar and spelling errors. But some of them? They’ll make you wonder just exactly what you might be messing with here.

Which leads us to our challenge this week:

What the hell is up with that little building I snapped in front of the house? What purpose does it possibly serve? And is that Luminol dripping under the one window? Is this a crime scene? Is there a ghostly killer on the loose? Is he targeting the people who ordered the hushpuppies?

This is where you step in and break it down for me with a bit of flash fiction in the comments.

P.S. Don’t go in the bathroom without a potty buddy. Seriously.