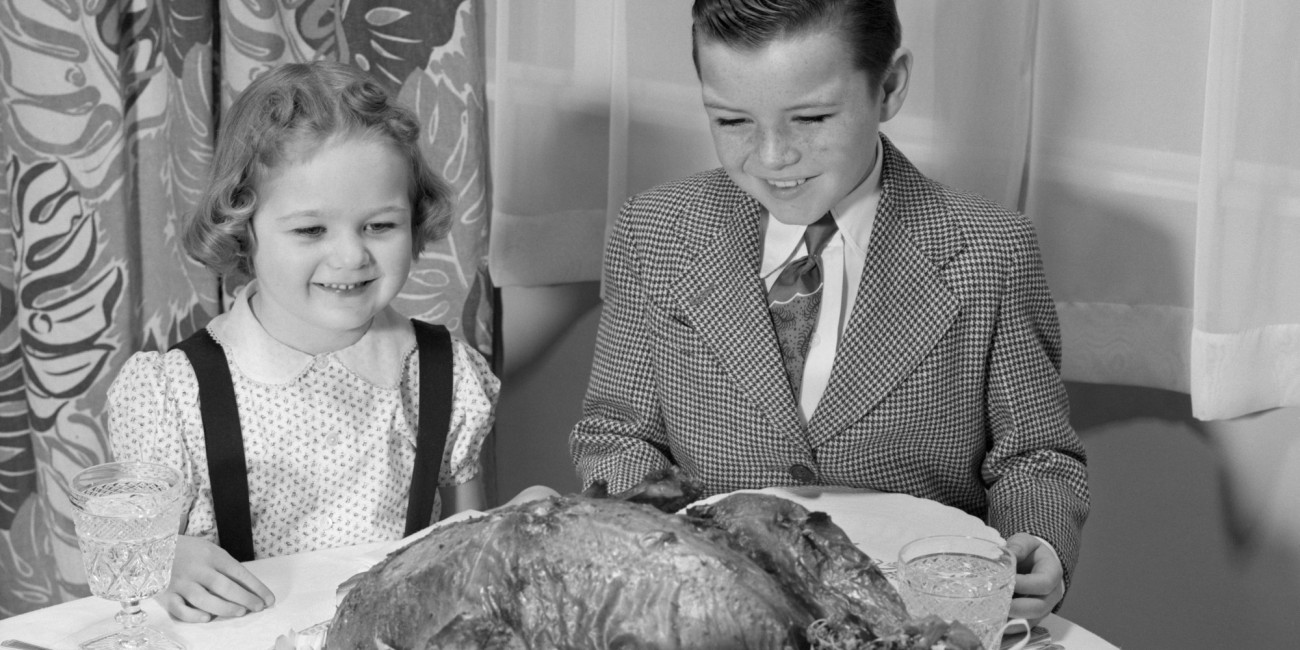 Little Sally: “Are we really supposed to eat that? It looks like roadkill.”

Little Billy: “I know it’s not pretty. But it’s only a month until Christmas and you know what that means.”

Little Sally: “That there will be another one of these dead birds on the table?”

Little Billy: “Well, yes. But it also means that we have to be perfect little angels for the next four weeks or the presents under the tree will be a cesspool of disappointment. So suck it up, keep smiling and eat whatever they give you.”

Little Sally: “Got it. Wait, why do we have to be good? I’ve been watching the news lately on my Etch-a-Sketch, and there are a lot of politicians out there who have been behaving very badly and yet they keep getting re-elected. I mean, I know our family is ultra-conservative and I’m supposed to be subservient because I don’t have a dingle-dangle, but something seems a bit unfair about this arrangement.”

Little Billy: “You do have a point, even though you’re not supposed to have an opinion based on your unfortunate chromosomes, so I’ll give you a bit of advice that our older brother gave me.”

Little Sally: “We have an older brother? Pray tell why I have never been informed of such.”

Little Billy: “Probably because he’s no longer a member of the family, which is the normal result of bucking tradition in a red state and trying to make your own choices. You should know this if you’ve been getting the news on your Etch-a-Sketch, which is the preferred Internet provider in states where we change our values every day based on whatever lies we are being told.”

Little Sally: “Oh, I have a special filter on my Sketch. It eliminates everything that can’t be proven by actual fact. Of course, this means the two-hour broadcast from Fox Spews is reduced to 13 seconds, but still, I get what I need. And another thing I need is to find out more about this older brother.”

Little Billy: “Well, last I heard, he was performing on Broadway in ‘The Book of More Men’. Naturally, his singing and dancing in a wanton way has done nothing to improve his status in the eyes of our parents, despite the fact that their eyes haven’t even been open since 1872.”

Little Sally: “I love him already and I feel compelled to write a moving sonnet about him later this evening. But first, what is this advice that he gave you before I was old enough to realize he existed?”

Little Billy: “He said the only way to survive is to pretend that you like the dead birds offered by your parents until you turn 18, then you run like hell.”

Big Momma, wandering in from wherever and clutching a martini: “I thought I told you kids to clear the table.”

Little Sally: “Oh, we did. Just not in the way you expected.”

Previously published in “Crusty Pie” and “Bonnywood Manor”. Revised and considerably extended for this post. The following year, Little Big Brother won the Tony award for Best Featured Actor for his performance in “A Streetcar Named Redemption”.

Big Momma, wandering back to wherever: “I just don’t trust those kids of ours.”

Big Momma: “Of course we do. Little Billy and Little… um… Cindy, I think it is. They bring you your pipe and slippers every night.”

Big Daddy: “Hmm. I thought they just came with this house when we bought it. Anyway, shake the Etch-a-Sketch, it’s time for the evening news.”