Confessions of a Possible Super Tramp 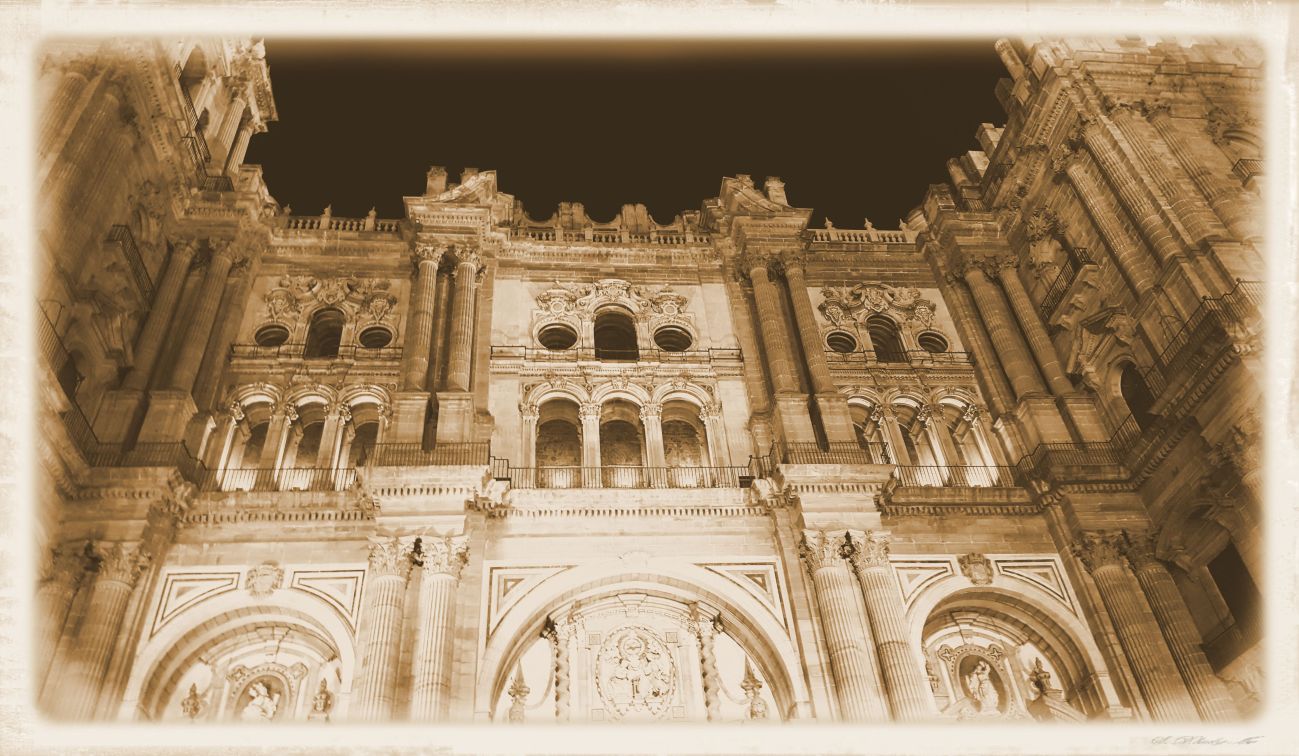 Note: The following dialogue took place during what should have been a private, soul-bearing moment at The Church of We Love Everybody Who Comes Through Our Door Unless You’ve Done Something Incredibly Annoying. In days of yore, such a conversation would remain confidential and sacrosanct. But let’s get real. We now live in an age where anything you ever do is subject to being enshrined on the Internet until the End of Time. As such, it’s completely acceptable that the unnamed author of this piece should not be held accountable in any way for sharing the sordid details that wouldn’t have been shared if there was any decency left in this country. And here we go…

Brian: “Forgive me Father, for I have thinned.”

Father: “I’m not actually a Father. Here at the Church of Love Everybody Unless They’re Willfully Insipid, we’ve done away with titles. Just call me Fred. And don’t you mean that you have sinned in some way?”

Brian: “Um, no. I mean that I have been a little thin with my blogging efforts lately.”

Fred: “Oh. Well, I must admit that I really don’t know what the hell you’re talking about.”

Brian: “That’s okay. I’ve been hearing that all my life. You get used to confusion when you grow up in Oklahoma.”

Fred: “Oklahoma? Is that still a state?”

Brian: “Well, it is for now, but if they don’t stop that damn fracking, it may not be one for much longer. Anyway, I’ve been contemplating my recent actions, and I’m wondering if maybe I’m being a bit negligent with some of the blogs and bloggers that I encounter.”

Fred: “There you go with that ‘blog’ word again. What is that? Is it like a ‘bog’, where there’s quicksand and people will eventually sink and disappear forever, like the Tea Party?”

Brian: “Oh. That’s actually a pretty good description for some of the sites I’ve visited. But no, a ‘blog’ is a place where someone can share their thoughts and stories about, well, things that are important to them. Or at least that’s how it’s supposed to work. Some folks haven’t gotten the memo on that, confusing ‘thoughts and stories’ with ‘700 pictures of themselves wearing couture and nibbling on sushi’. It can be incredibly annoying. But we really don’t have time for that.”

Fred: “You’re the one doing all the talking, not me.”

Brian: “You’re the one asking all the questions.”

Fred, sighing: “I think I understand why you might need some spiritual guidance.”

Brian: “And what the hell is that supposed to mean?”

Fred: “No need to take offense. It’s just a phrase they teach us to use when we don’t really understand what our parishioners are trying to say but we want to appear empathetic so the offering plate stays full. I’m also resorting to stock dialogue because the conversation seems to be meandering and what we really need right now is some divine literary intervention.”

There was a knock at the confessional door. (Of course, at the Church of All You Need Is Love Except When It Comes to Paying Bills, they no longer use the word “confessional”, opting instead for the more pleasant-sounding phrase of “Tea Time with Jesus”.)

Brian: “Fred, are you expecting someone? Did you double-book again?”

Fred: “Well, I did order pizza, but they usually come to my side of things when they deliver. Perhaps you should answer. If they start asking about search histories on the Internet, I’m not here.”

Brian opened the door and discovered a smartly-dressed woman, beaming cordially as she stood there in her stylish but sensible shoes. “Hello!” she chirped.

Fred: “Well, that was rather rude. Here at the Potter’s Barn, we try to be a bit more welcoming than your standard drive-thru.”

Brian: “She was wearing a brooch. I don’t trust people who wear brooches. It’s like they’re desperate for attention. Now, let’s get the focus back on me and my moment of personal crisis.”

There was another knock at the Tea-Time door.

Fred: “I’m assuming that’s for you. Your site appears to be more popular than mine.”

Brian, sighing: “I don’t understand why it’s so hard for me to get some validation around here.” He wrenched the door open again. “What?”

Chirpy was still standing there in her sensible shoes. As she continued to beam effervescently, she reached out and snapped the knob off the door and threw it over her shoulder, with it ricocheting off a statue of Our Lady of Perpetual Anxiety and then sliding across the marble floor to ding against the base of a statue of Our Lady of Random Plot Contrivances. “There. That should prevent you from being an obnoxious little door-slamming twit until I’ve had my say. Hello. My name is Cathi Wellhart, and I’m the Ghost of the Editor You Really Need to Have.”

Chirpy Cathi: “Yes, you do. While all of the above random rambling does have a certain charm, it reeks quite a bit of ‘not getting to the point’ and I’m here to rectify that situation.”

Brian: “But I’m known for my random rambling. It’s sort of my trademark.”

CC: “Known? By whom? The thousands of people who have not purchased your books? Let me break it down for you, Brian. Nobody wants to read a 500-page phonebook about that time you screamed in Paris. This is the modern age. We need sound bites and brevity or you lose the entire planet.”

Brian: “What’s wrong with taking your time to tell a story?”

CC: “See? You’re doing it again, with the meaningless diversions. I’m here to make a point, and that point is that it’s time for you to make your point instead of going on for page after page without saying anything of substance.”

Brian: “I really don’t care for you right now.”

CC: “Doesn’t matter. I’m a fictional character invented for the sole purpose of moving things along, and I don’t have actual feelings that can be hurt.” She reached over and yanked on a golden tassel, one that had either magically appeared or was there all along and no one noticed because we hadn’t been looking for tassels that could be yanked. The Tea-Time Hut was cleverly whisked away via an ingenious contraption designed by a bored Franciscan monk 500 years ago while he was serving time in a small Italian village with a population of 17, and that included the donkeys. (For those who relish trivia, this same contraption was also used by the producers of Miss Saigon on Broadway for that infamous helicopter scene, although no one bothered to credit the monk or the donkeys.)

Brian was now standing on a stage, facing a large audience that appeared to be either waiting for him to speak or were stunned to find that they were not at the premiere of Miss Saigon at a dinner theater in Phoenix, Arizona. To clarify matters, a podium suddenly rose out of the stage floor right in front of Brian, complete with a microphone and a laser pointer, should one be needed. A low-paid stagehand rushed in from stage left to plunk a bottle of water on the podium before scurrying offstage to go have a cigarette in the back alley, where he would meet a man named Alphonse and they would eventually get married in a charming ceremony in Málaga, Spain.

Brian turned to Chirpy Cathi. “I’m not really sure what I’m supposed to do at this point.”

CC: “Oh, please. This is exactly what you want, an audience full of people who are hanging on your every word. Of course, they might be hanging because they are hoping you can tell them where the exit door is in this dream sequence, but let’s hope for the best. Now, tell these people what you intended to say when you sat down to write this post.”

Brian turned back to the audience. “Okay. Well, um, it’s just that I’ve been feeling a little bit guilty lately about how I might not be the best blog buddy out there. I appreciate everyone who visits and comments on my own blog, I really do. But I know that I’m not the best at getting around to personally thanking everyone when they do so. It’s not that I don’t care, it’s just that there’s only so much time in the day, and when you reach a certain number of followers, it’s very hard to do the right thing.”

CC, whispering: “Dude, this sounds rather self-pitying and it’s probably annoying to other bloggers who are in your same position but don’t whine about it. You need to focus.”

Brian briefly ponders, takes a swig of the lukewarm water, then continues: “I just want to say that blogging has been a hell of a ride, and I can’t even begin to tell you how much it means to me when I see the same people show up every day, actually interested in hearing what I might have to say. Actually, I can tell you what it means. It means everything. And I hope you know that.”

The audience leaps to its feet in thunderous applause.

Sally Field Brian hoists the Oscar over his head. “I can’t deny the fact that you like me. Right now, you like me!”

There was another knock at the Tea-Time door.

Scotch the Cat was sitting on his chest, one paw stretched forward and thumping him on the forehead. It was 6am and time for kibble.

Scotch didn’t say anything one way or the other. Because cats are wise that way.

Previously published in “Bonnywood Manor”. Slight changes made for this post. Oh, and the photo is of the Catedral de la Encarnación de Málaga. Fred’s Tea-Time Teatro is through the door on the upper right, in case you’re here to deliver pizza…