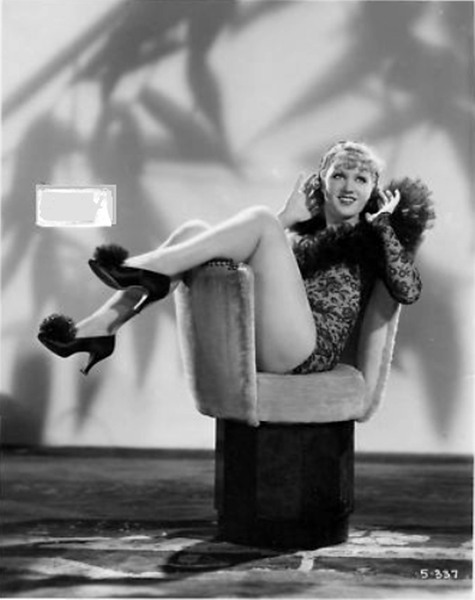 Tea Party Handbook – Manly Edition, Section 42, Clause B: “This is the proper position that your wife should assume when you arrive at home after a long day of doing everything you can to ensure that white, conservative, misogynistic men rule the planet. She is not allowed to speak, request validation, or have an opinion. She is only allowed to make you dinner, ignore your blatant indiscretions, and ovulate. Should she dare to get out of line and be lippy, we have an army of lobbyists in Washington who will immediately arrange for legislation to be passed that will strip her of all personal rights. P.S.: Make sure you cash those checks from the Koch Brothers in a timely manner. At some point the peasants in America are going to figure out that Citizens United is a bad ruling and you’ll want to make sure that your money is safely in an offshore account before that happens.”

Grace: “I’m sorry, what was that Voice-Over Man saying? The ruff on this leotard is absurd and I can’t hear a damn thing.”

Photographer: “Oh, nothing to worry about. Just some helpful Tea Party tips.”

Grace: “Tea party? As in Alice in Wonderland or those slack-jawed yokels who have elevated idiocy to a level never seen before in the history of mankind?”

Photographer: “Those are rather harsh words based on lies from the fake media.”

Grace: “Oh, please. I was being polite. And based on how you ignored my question just like the current revolving door of White House press secretaries, I’m guessing you helped reach the idiocy milestone. I’m not doing this photo shoot and I’m out of here.”

Photographer: “But I don’t have a decent picture. This one is fuzzy.”

Grace: “Well, here’s a thought. If you’d quit jiggling your jewels every time a female blipped on your radar, you might be able to hold that camera steady. But I doubt it. Tea Partiers have never been able to focus on anything that resembles the truth.”

Photographer, growing agitated at his ignorance being rebuffed, because that’s what Donald Trump would do: “But you can’t just leave. You signed a contract.”

Grace, pausing at the exit door in a dramatic manner, because that’s what good actors do: “Oh, really? Yet your messiah just pulled out of the Paris Climate Accord despite overwhelming opposition from most citizens in America and essentially all countries in the world. That was a contract. Me pulling out of this publicity nut-fest pales in comparison. Good day.” The door slammed.

The slack-jawed photographer stared for a while, but then he pulled out his copy of Tea Party Handbook – Manly Edition and sought comfort in its pages, especially the illustrated section which he had a much better chance of understanding.

Way over in a corner of the studio, down near the floor in a section that was rent-controlled and therefore nobody could get kicked out, two mice stood at the entrance to their gnawed-out lair and discussed the previous proceedings.

Frank: “Wow, the writer got a tad bit political there. Isn’t he worried that he might lose followers?”

Incense: “Of course he is. On the flip side, the waters around here are pretty clear. If you don’t like the reflection, why do you keep coming back to the shore?”

Frank: “Well, most of the time he’s just funny, or at least tries to be. Isn’t it easier to stick with the funny?”

Incense: “Yep. If the world was filled with decent people, the writer would crack jokes until the cows came home. And then he’d keep going. But it isn’t, so he can’t always, and sometimes he just has to ask what will it take for us to get back to where we once belonged?”

Frank: “Ah, a Beatles reference. That might help us come together, right now.”

Frank: “Still, it’s going to take a while for that to happen, because some folks never look at their reflection. What say we go order us some takeout? Our friend Myrrh just chewed his way into the cheese shop next door, and I understand there’s a huge wheel of aged gouda just begging for attention.”

Incense: “Rollin’ on the river.”

Frank: “Wait, where the hell are we going with this post?”

Myrrh: “Are you guys gonna help me eat this cheese or not?”

Personal note to Melanie and a few others who tried to assist with the quest: THIS is the post I was trying to find last year, babbling about the “that one with the mice singing Proud Mary”, yet it didn’t ring a bell with anybody and I began to doubt myself. I finally found it last night, thus softening the rough edges of my conviction that I am slowly losing my mind. The jury is still out concerning my loss, but at least they are still deliberating…