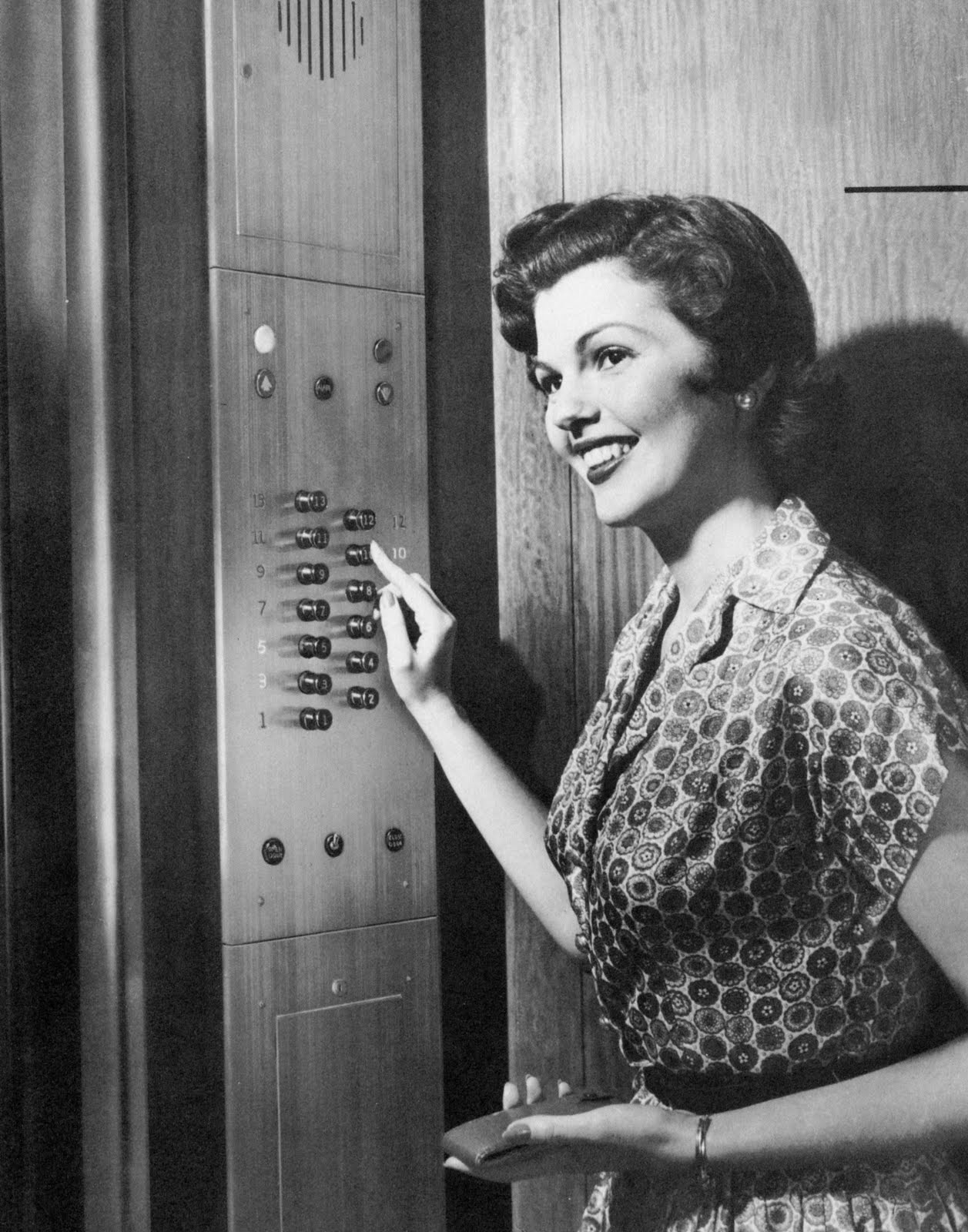 With the introduction of the Otis Autotronic Elevator on Tulane Street in New Orleans, Bridgette was hired as a spokesperson to allay the fears of the local citizenry that placing your faith in a moving metal box could lead to debauchery and Democratic-voting. Sadly, Bridgette was unable to comprehend numbers higher than “five”, because that’s the most chickens they ever had back on the farm, and she was uncertain of which devil button to push. Still, her winning smile and vibrant outfit seemed pleasing enough, so the advertising team ran the photo anyway. In an unrelated but interesting note, Bridgette eventually gave birth to the actress Geena Davis, who subsequently rode the express elevator to the basement of the Grand Canyon.