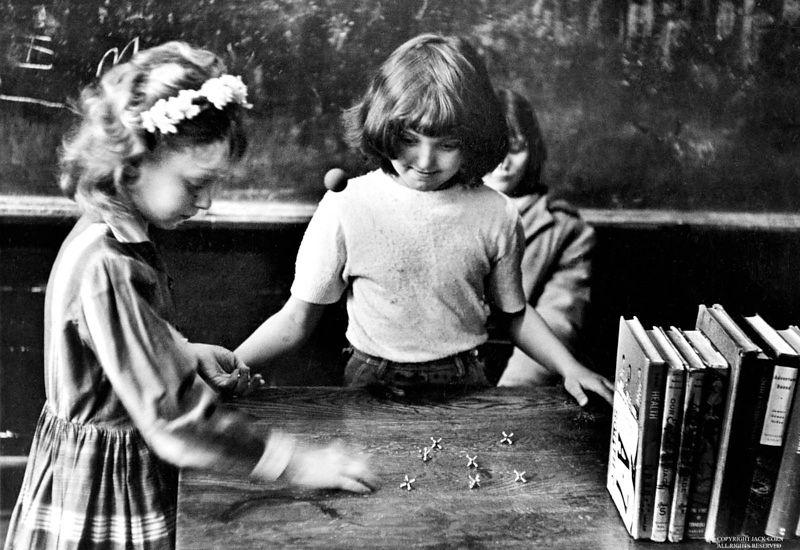 Note: The following is an alternate take on the action in the previous post. And yes, this one is twisted. Things happen when you can’t leave the house…

Moppetina, middle front: “This is so exciting! I love not going to school during the Current Teen. I don’t ever want to go back. My teacher smells like bathrooms.”

Henrietta, middle back: “The stupidity exuding from your pores is going to destroy this nation.”

Saffrogette: “Hey! I think you’re being mean. Momma said you can’t be mean just because we’re prettier and you’re jello-ish.”

Henrietta: “Do you realize that the more you talk the more you prove my theorem that somebody screwed up in the delivery room with the two of you? Or maybe they screwed up with me. I’m still doing research.”

Henrietta, sighing: “I don’t have the strength to even care enough to explain. You go back to your mindless grabbing and I’ll go back to reading this book.”

Moppetina: “Yes, it is. I wreck and nice it. I tried to look at it once but I couldn’t break the lock.”

Henrietta: “Honey, there’s no lock. You just… open it.”

Moppetina: “Oh. Well, maybe I don’t know how to open a book. Reading is hard.”

Saffrogette suddenly races toward Henrietta and snatches up the diary, hurling it across the room with an agility that is quite surprising in someone who can’t properly count to five. (Said diary slams against a wall smothered in velvet wallpaper, a decorating option that should never have happened, ever.) “You know you’re not supposed to touch that!”

Henrietta: “That kind of behavior is not going to help you find a good husband. And you’re going to need one. Trust me on that. And I was just getting to the good part.”

Moppetina: “Momma has good parts? She makes me eat broccoli. I have nightmares.”

Henrietta: “Yes, it was a good part. I had just found the entry where she talks about her fantasies.”

Henrietta: “Um, no. Not like that at all. Although she apparently likes to have classical music playing when they have sex.”

Saffrogette: “And how do you have it?”

Henrietta: “You know what? I just realized that I’m playing to the wrong crowd here. It’s going to be years before you have the processing capacity to deal with this, if ever. Let’s just say that Mother and Daddy play games just like we do, but those games are just a bit more complicated than ours, even if some of them also involve bouncing balls and getting as many jacks as you can. And if my spidey sense is correct, there’s a game going on right now just over yonder, in the parental playroom. I distinctly heard someone biting an apple.”

Saffrogette: “I never read anything. So they know I’m not the one who broke the lock on the diary.”

Henrietta: “There’s no lock, Sister. Anyway, you need to sneak the diary back into Mother’s room before they get done playing jacks in the next room.”

Saffrogette: “Why me? I didn’t do anything wrong. Not that I remember.”

Henrietta: “Well, I remember you playing with that croquet mallet in the living room when you shouldn’t have.”

Henrietta: “Run with the wind, sister from a possibly other mister.”

Henrietta: “As are the folks reading this post who didn’t read the previous post. Still, everything will be okay if you just keep your mouth shut. Pinky swear?”

Meanwhile, in the adjoining room, after the dismount…

Babs: “Well, then. That was festive. We should argue more often.”

Hank: “Any time. I tried to stifle my jubilation, but that field goal was spectacular. Do you think the offspring heard anything?”

Babs: “Of course not. They’re just children. But if questions arise, we lie. Pinky swear?”

Two minutes later, Saffrogette is in the midst of skillfully returning the diary when she spies something confusing in the drawer of Momma’s nightstand. What on earth would she need THAT for? Hmm.