A Pair of Pearls and Funny Girls 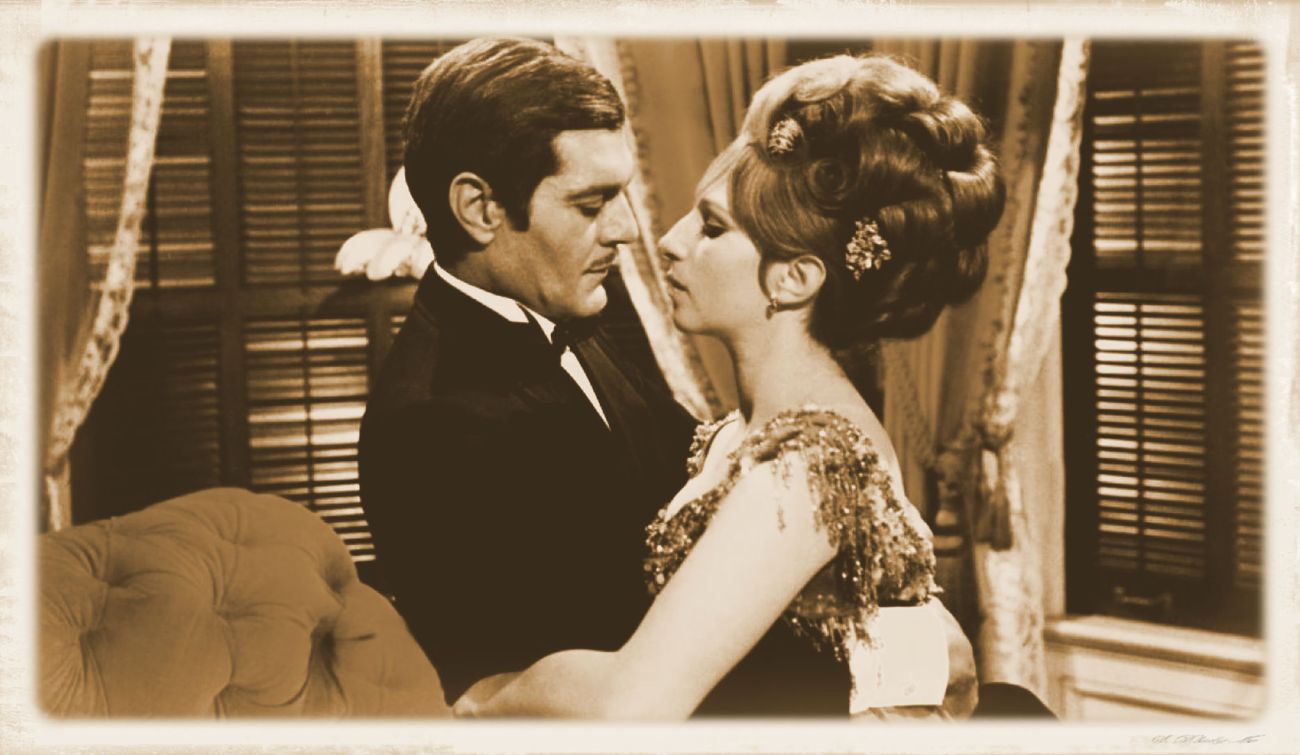 A biography, in snippets…

Ida, mother, catching her breath after the nexus exodus, looking down: “Meh. Maybe the next one will be prettier.”

Barbara: “But I can sing and dance and crack jokes!”

Ida: “That’s nice. Here, play with this Matzah Ball. Eat it, don’t eat it. I’ve got to get back to my job of being poor.”

Several years later, an apartment door opens. Neighbor: “Child, why are you wailing like that in the hallway?”

Neighbor: “And there’s nowhere else you can do that? In the entire world?”

Barbara: “I like how my voice echoes in here.”

Neighbor: “Well, knock it off. Go find yourself a good man and settle down.”

Neighbor: “And it looks like you’re gonna need the practice. Go!”

More years later, Mother Ida: “What’s all that writing you’re doing instead of finding a man?”

Barbara, Age 13: “I’m working on my career plan and finding the best places I can get noticed for my singing and optimize my revenue stream.”

Ida: “Wait, you can actually make money with that big mouth of yours?”

Barbara: “Sure! I’ve already won tons of contests, which you’d know if you actually went to them. It’s all right here. See?”

Ida, studying the papers, eyes widening: “Well, then. It looks like we need to make you an audition tape.”

Barbara: “Oh, so now you want to support me since I might be able to support you?”

Ida: “Let’s save your voice for the singing, shall we? But whatever you do, don’t screw up your education.”

Neil: “This education thing blows. I can’t wait until we make it big.”

Barbara: “I’m working on it. I’ve been acting in every play where they’ll let me.”

Neil: “Well, when you finally star in your own show on Broadway, I’ll bring you flowers every night.”

Barbara: “And I’ll do the same for you! Swear.”

Neil: “You better, or I might have to write a bitter revenge song about you not bringing them.”

Barbara: “You sound just like my friend Joan Molinsky. She’s bitter about a lot of things. We’re rehearsing a play called Driftwood.”

Barbara: “She’s been thinking of changing it to Rivers. But what about you? Your last name sounds fake.”

In a Greenwich Village alley behind The Lion, a gay nightclub where Barbara has been performing, drag queen Dusty Crates: “Girl, you are killin’ it in there. But I think you should change your name so it stands out better on the marquee.”

Dusty: “Oh, honey, I got rid of my first name as soon as I could. Nobody wants to date a Wilbur.”

Barbara: “I know! I’ll drop one of the vowels in Barbara!”

Late 1961, in an alley outside the upscale Blue Angel nightclub where Barbra has been performing to stellar reviews, director and playwright Arthur Laurents: “Say, I was wondering if you might be interested in a play I’m working on called-”

I Can Get It for You Wholesale opens in March, 1962. Barbra is 19. She is nominated for a Tony Award. As a side bonus, she falls in love with her co-star Elliot Gould and they eventually collaborate on the production of their son, Jason.

It was a good year for Barbra. And 1963 wasn’t too shabby, either, with Babs winning two Grammy Awards for The Barbra Streisand Album. It appears that somebody’s business plan worked out. But we aren’t done.

Late 1963, in another alley, producer Ray Stark: “I’m working on a musical about the life of Fanny Brice.”

Ray: “A Jewish girl who yearns to be a star, and with the support of her mother and a man named-”

Barbra: “Wait, the mother supports her?”

Ray: “Don’t you want to know about the man she adores so much that she sings about it? A lot.”

Barbra: “I can sing about anything. Give me a phonebook, I can make the words magic.”

Funny Girl opens on Broadway in 1964, wowing the critics, except for the bitter, jaded ones who never love anything, probably because they have never been loved, due to all that bitterness. Barbra is nominated for another Tony. (She loses to Carol Channing in Hello, Dolly. A few years later, when the movie version of Hello, Dolly is produced, Barbra is cast instead of Carol. Interesting how things work out, yes?)

Barbra is 22 at this point. And what did you accomplish by that age? Yeah, me neither.

A few years later, Ray Stark, still a producer (and son-in-law of Fanny Brice, by the way): “Can I convince you to be in the Funny Girl movie?”

Barbra: “Sure. I know where my bread was buttahed.”

Ray: “Good. Because I own the rights and I’m not making this movie without you.”

Barbra won the Academy Award for Best Actress that year, along with Katharine Hepburn for her role in The Lion in Winter. (The only time there has been a tie in this category. Go ahead, look it up.)

Zoe, film critic and star reporter for the website Hollywood Genes, an illustrious compendium of movie lore and love: “Um, Mr. Brian, it appears that you may have missed the point of your assignment. You were supposed to write about the movie Funny Girl. But you only got there at the end, and it was a very brief pitstop.”

Brian: “Fair enough. But here’s the deal. While the movie is actually quite fun, and it still holds up well despite all the years, the true kismet in the film is how so many things in the life of Barbra coalesced into a perfect moment of the precise actress being cast in a role that she was literally born to play. Fanny Brice and Barbra Streisand are mirror images, separated by time, brilliant, unconventional Jewish women who focused on a goal and scored, despite so many things being against them.”

Zoe: “Uh huh, I can see that. And you wove the little vignettes together in an… interesting manner. But it would be really swell if you could share a bit more about the movie. Do you mind?”

Brian: “Not at all. Here we go. Barbra is terrific, determined to make you love her performance, and she succeeds. Several of the song sequences are greatly satisfying, especially ‘People’ and ‘Don’t Rain on My Parade’. The costumes and giant coiffures are fun, and director William Wyler knows what he’s doing, as always. A few things don’t work, like Omar Shariff’s ill-advised warbling (some people shouldn’t do things they shouldn’t do) and the rather abrupt ending, making you briefly wonder if something is wrong with the DVD player.

“All in all, it’s a great answer to the question of what to do on a lazy Saturday afternoon. Especially right now, when all of the parades have been cancelled or postponed and we just need a big ole splashy distraction.”

Note: This is my round-about contribution to Zoe’s currently-running “The Great Ziegfeld Blogathon”. Pop over to her site for a looksie at the goings on, if you’re interested.

Whilst I obviously imagined the dialogues, the facts behind the imaginings are all true. Which is what you can say about a lot of things that happen here at Bonnywood…