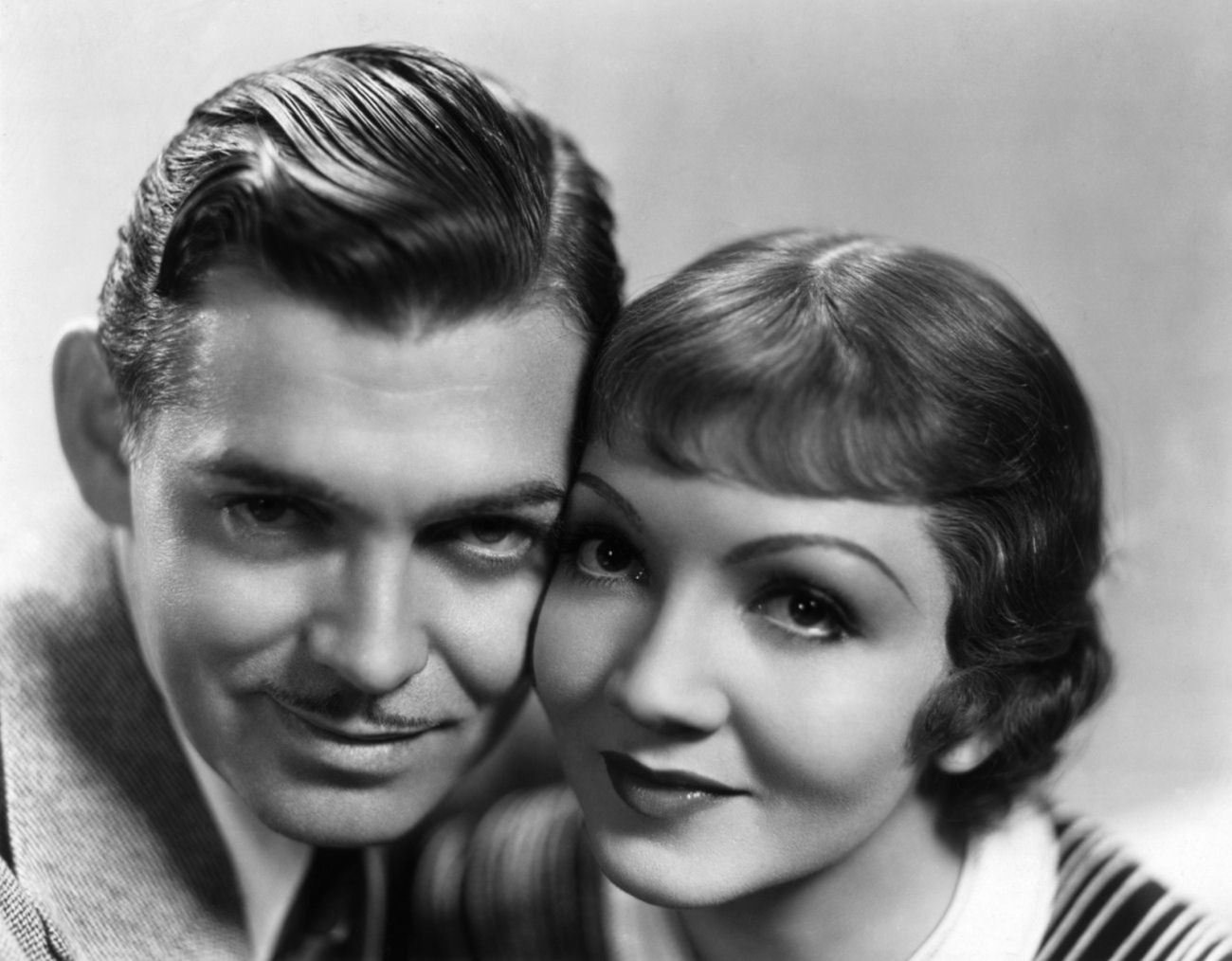 Clark: “I just realized something.”

Claudette: “That I’m trapped in the gravitational pull of one of your giant ears?”

Clark: “Look, I warned you about those things. Don’t get too close unless you’re firmly tied to a boat anchor.”

Claudette: “But I am. I’m latched to what’s left of Mary Pickford’s career, and we all know that’s not going anywhere these days.”

Clark: “That’s rather clever of you. But no, I’m talking about our faces. Have we been getting the same collagen treatments?”

Claudette: “Perhaps. I go to Dr. Cherilyn Sarkisian. You?”

Clark: “Yep. Cher’s been in the business for centuries and she still looks great.”

Claudette: “You know, I read somewhere that she was a passenger on The Mayflower. I bet all that extra collagen cushioning was a godsend when the boat slammed into Plymouth Rock.”

Clark: “Oh, she’s much older than even that. Some even say she was the one who built Stonehenge. She’s certainly tall enough to have done that.”

Claudette: “I wonder if that’s where she met Sonny?”

Clark: “It just might be, although he was a bit short for the task at hand. Say, maybe they worked on it together and that’s where they had the inspiration for their first hit single I’ve Got Your Ladder, Babe.”

Claudette: “And one of Cher’s hits, Hard of Stone.”

Claudette: “We All Sleep on Stones.”

Writer, peeved: “Look, are you guys done yet? Because I’d like to end this post. Nobody is going to get this except the Cher fans. And the two remaining Mary Pickford fans.”

Clark: “You’re just jealous because you can’t wear a Bob Mackie outfit like she can.”

Claudette: “Snap out of it!”

Writer, sighing: “This is just one of those times when you hit the submit button and hope for the best.”

Writer, sighing: “And why, pray tell, should I not hit submit? And why am I even listening to you? I really need to speak to my pharmacist about possible medication interactions.”

Writer: “What’s that got to do with any-”

Clark: “We might be acting in the clouds these days, but we still get texts. And we understand that Blocky is causing an increase in alcohol consumption and prescription filling in the blogging world.”

Claudette: “And an increase in mean words. Mean words are never good. Unless they help you win an Oscar. Just ask Bette Davis. The meaner she gets, the higher the box office receipts. That girl’s got it figured out.

Clark: “Oh my God! He’s not using the Block Editor.”

Writer: “What makes you think that-”

Claudette: “You’re right, Big-Eared Clark! I knew I smelt something wrong when I walked into this room. At first, I thought it was your formaldehyde. But now I know the writer is one of those annoying renegades who goes off script.”

Writer: “Me go off script? This train has been derailed since the two of you decided to turn this into a Lilith Cher concert. I can’t believe that the-”

Cleo the Cat, wandering into the writer’s office: “Daddy.”

Writer: “-two of you are being so insubordinate. After all I’ve done to keep your memories alive in the Past Imperfects. It’s downright rude and smells like ingratitude.”

Cleo: “You need to take your meds and go to bed. These people are not real, and it’s clear that you don’t understand that right now. Hit the submit button.”

Writer: “But this blog post is a mess and-”

Cleo: “Hit. Submit. Otherwise, I will claw everything in this house until you are reduced to a quivering mass of jelly.”

Previously published. Modified and extended for this post, perhaps in a grievously erroneous manner.

Later that night, on a dark street corner near Bonnywood Manor….

Cher: “Did you do what I asked and get me in the story?”

Cher: “Sure thing. Let me get your catnip out of my Gothic messenger bag and… oh, sorry about that.”

Cleo: “It’s okay. We all knew your nose was going to give up and fall off at some point. Just lick it and stick it back on.”