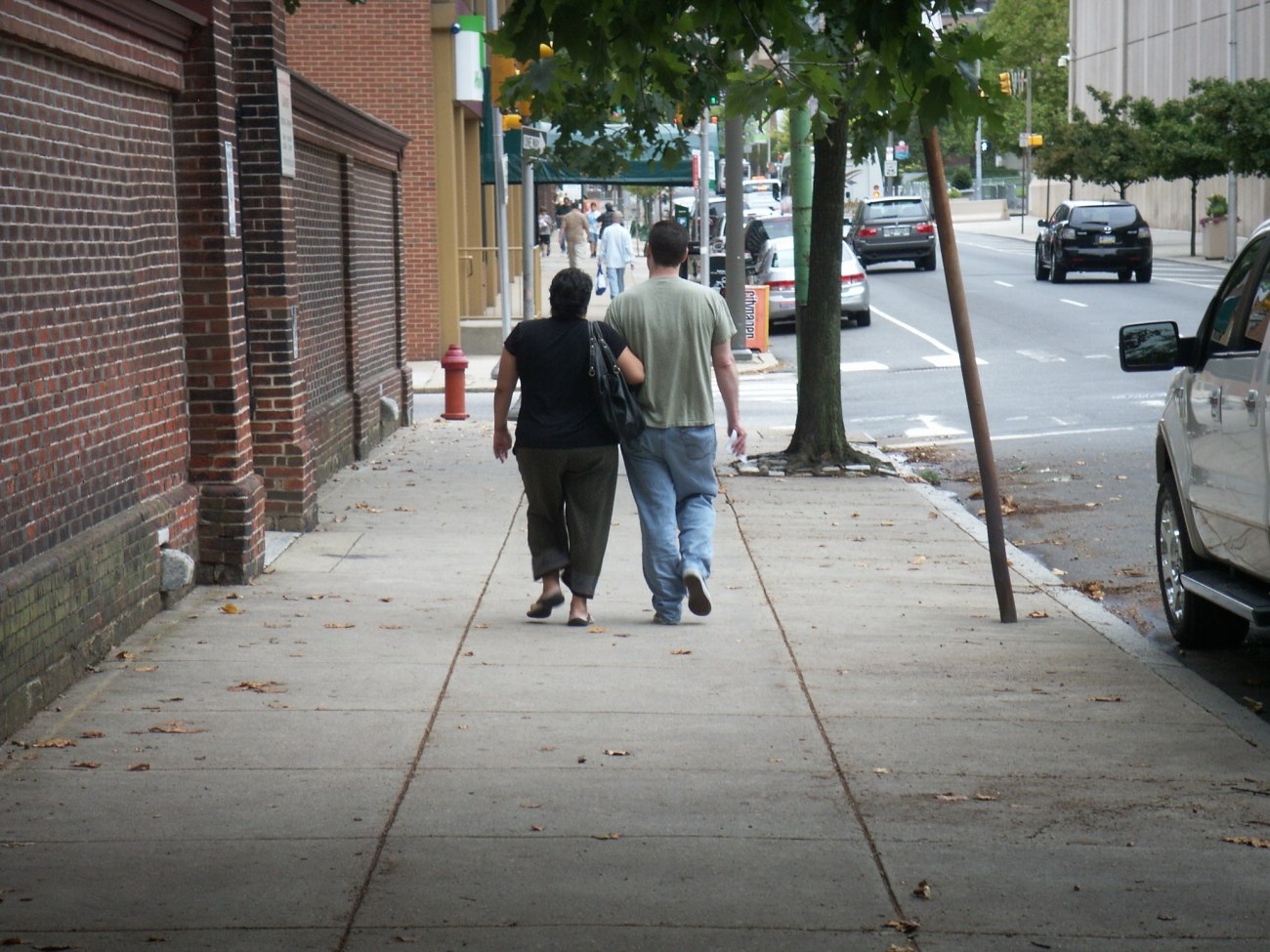 Howdy, Bonnywooders. (I just love typing that non-word, hinting as it does of clandestine activities after too many mint juleps on a hot southern night.)

Our friend Bubbles is scheduled to arrive at the Manor later today, on the backwash-boomerang end of her cross-country journey these past several weeks. Some of you will recall that I mentioned Bubbles recently, when she was on the outbound leg of her safari, staying as she did in one of the guest cottages that dot the landscape of Bonnywood. We laughed, we dined on extraordinary nosh, and we generally had a festive time. Alcohol may have played a part in this trifecta, not confessing to anything at this point.

Then she fled to other destinations, where other people she knows also like to laugh and nosh and imbibe, promising to return. She’s now making good on that covenant, with her sparkly effervescence appearing on the horizon at any moment. Insurance waivers have been signed, lawyers are on standby, and Partner and I welcome Bubbles with wide-open but slightly-trembling arms.

Why am I rambling about all this?

Well, Bubbles is a go-getter, so we will be going and getting with admirable intensity for the next several days or weeks. (She has a flexible schedule, I have a flexible schedule, and Partner just wants everybody to be happy.) So, I might be a bit AWOL from the blogosphere for a bit, and I wanted to let you know that it’s not you, it’s me. I will be back up to full warp-speed at some point, date and destination unknown.

As a redemptive gesture, because I always need redeeming, just ask my mother, I’m proffering up the following excerpt from a now-dusty blog series entitled “The Bubble Bath”, a travelogue from another time and place when we visited Bubbles in Philadelphia, eons ago. The vignette is a bit out of context, probably making Bubbles more strident than she really is. But in the grand scheme of things, Bubbles is a shiny gem that you keep in the good jewelry box (and then you lock it, tight, in case she tries to get out), and I say that with nary a trembling tongue in cheek. Enjoy.

Editor’s Note: We’re still at the “House of Blues” on the Boardwalk in Atlantic City, having decided that we really must eat something to suck up a bit of the alcohol before someone gets naked and/or obnoxious authoritarian figures make us stop doing things we really want to do…

Eating whilst drinking is always a risky endeavor. You want to eat enough that you can maintain equilibrium and pass any sobriety tests that might be rudely shoved your way by people that really should be minding their own business. On the flip side, you also want to keep enough of the alcoholic nectar flowing in your bloodstream so that you can tolerate people who are otherwise incredibly boring. It’s a fine art.

Bubbles and I decide on a salad, so that we can pick off all the good bits and then play around with the greenery once our chemical balances are just right. Our gracious server (who really should have a name by now, so I’ll call her Bettina even though we will be parting shortly and never see her again) highly recommends the spinach salad with blackened chicken. This sounds euphoric, so we both order one.

Trouble is, the chef is very serious about the “blackening” process. The spicy rub on the chicken is apparently composed of ingredients that normally would be used to acid-wash concrete. The spices are quite tasty, but within seconds sweat is oozing out of my scalp and my esophagus has been turned into brittle ash. Which, of course, means that we need more to drink. Bettina helpfully produces another round out of thin air, Empress of Concoction Conveyance that she is.

Eventually, after having sat at the same table for roughly three days, with Bubbles making friends with everyone in a five-table radius because she can’t help it, we decide we really must be moving on. Bettina is emotionally distraught over our departure, but she manages to pull herself together long enough to point out that our receipt has a coupon for the gift shop conveniently located through that doorway over there.

Oh? Alcohol and shopping? We’re on it.

Now, gift shops, especially those associated with themed-restaurant chains, are usually a purgatory of uselessness. Lots of things that you don’t really need, but because these items are often branded with the name of the establishment and/or the location of your particular branch, one is often moved to make a purchase that can be dragged home just for other people to pick up one day and say “Oh, you went to Atlantic City? How nice for you. Did you know that you’re out of toilet paper in the bathroom?” Other than that brief conversation, the souvenir will never be spoken of again, gathering dust on the little shelf where it has been abandoned.

So, I didn’t really think I would find anything of interest, but I went along for the ride because my traveling companions seemed invested in the idea. I might still need them to be my friends later in the evening, should a drunken brawl break out over a misunderstanding concerning a hand gesture I might have made.

Bubbles and Terry managed to quickly find a sparkly boa, which meant they would be occupied for a good fifteen minutes and I had some time to kill. I fiddled with some magnets. I fondled some key chains, purposely putting them back on the wrong hook so that, during shift-change tidying up, a disgruntled clerk could speak with disdain about tipsy tourists. And I flipped through some postcards, none of which even approached the artistry of the shots Terry had already taken, so there was no point in spending any money on those.

Then I turned a corner, and before me was a display of pink Harley Davidson-like t-shirts with the slogan “Where the heart meets the soul”. Well, my sister likes pink, my sister likes Harley Davidson (or at least pretends to like Harley, because her husband does, not sure), and in my lubricated state, I thought the imprinted slogan was the most amazing thing that had ever been scribbled in the history of literature. (Which isn’t really saying much, because five minutes before that I had thought “Thank You for Coming” at the bottom of the “House of Blues” receipt had been just as stirring.)

I whipped out my phone and texted my sister. “What size shirt do you wear?”

She zinged back. “That’s kind of personal, don’t you think?”

I sighed. “Look, do you want a shirt from Atlantic City or not?”

Oh? I was buying her something? She instantly called me. “Is it cute?”

Well, I thought so. It doesn’t really say Atlantic City, but you’ll know that’s where I got it and you can cherish it forever. And it’s pink. That last bit was all she really needed to hear. She approved the transaction, but she had a follow-up question. “What the hell are you doing in Atlantic City?” This was asked with an undertone that indicated I was perhaps out of my mind.

Total silence on her end. She had no idea if Bubbles was a person, a condition or an accessory. She may have even had a flashback to a certain “Mr. Bubbles” that provided childhood bath-time fun before people grew up and had to pay bills.

As soon as I uttered this phrase, the real Bubbles paused in her pawing of something pointless on a rack, and turned to glare at me as if I had just walked into a lesbian bar and screamed out “Vaginas are ugly!” What was that all about?

The second I hung up from my sister, Bubbles was in my face. “Terry’s friend?”

Her hands on her hips. “I’m Terry’s friend?

Ohhhh, got it. Implying that she’s not my friend. Good God. “That’s not what I meant. My sister just didn’t know who you were, and I was trying to make a connection for her.”

“Fine!” Bubbles turned back to the rack and started slamming garments along the pole.

I sighed. Did I mention that Bubbles can have a short fuse? And that it’s often not exactly clear what might have lit that fuse? You can be innocently sitting at the dinner table, benignly asking your neighbor to “pass the turnips”, and Bubbles will be instantly livid because someone once threw a turnip at her in the fourth grade after Bubbles performed unsatisfactorily during a round of tetherball.

I instantly ran to the other end of the store, because I didn’t want to die in the “House of Blues”. Especially if I still had cocktail power in me.

Once securely distanced, I surveyed my surroundings. Bubbles was nowhere in sight. This appeased my somewhat, but I was still on Defcon-3 alert. I was going to stand right here until the threat had lessened, because there was a fire extinguisher nearby and I had seen people successfully use those to fight off attackers in serial-killer movies.

Terry come wandering up. “What are you doing? Why are you quivering?”

He glanced over his should and back. “She went to try something on in the dressing room. Why?”

Just then, the sound of something large being slammed against something else echoed out of said dressing room. Great. She wasn’t trying anything on. She was creating a death machine that would crush me into unappealing goo. My final moments on Earth were about to take place, all because I wanted to buy something so my sister could be pretty in pink.

Suddenly, the dressing room door flew open and banged against the wall. On the other side of said wall, in the bar we had recently vacated for no good reason, several bottles of liquor were forced from the shelves and smashed to the floor. A chorus of drunken disappointment and utter dejection arose.

Bubbles stepped out of the dressing room…

Because we’re going and getting, and our time is flexible…