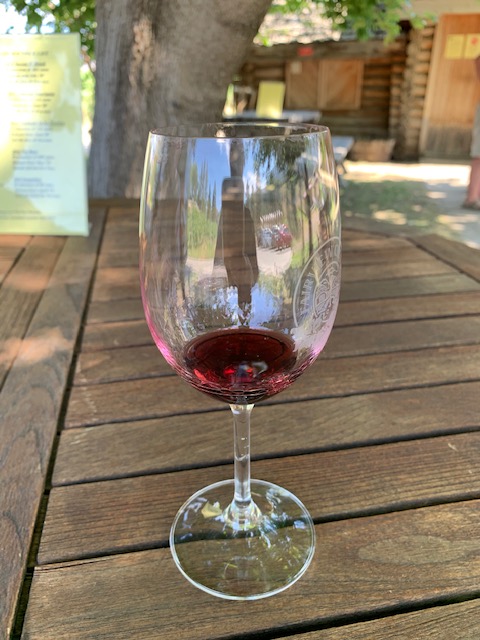 Henry was somewhat regretting his decision.

After all, he hadn’t been here for years. Decades, possibly. Time skitters once you reach a certain age, with current happenings briefly shimmering in the neck of the wine bottle, but once you uncork, the vessel of memory expands and long ago competes with last month. This is the vintage of the years that flew.

He usually drove past the roadside diner, the charming dilapidation of the rustic structure barely registering, white noise avoided. He drove this route nearly every day, because life required he do so, but he rarely took in the places that had been taken from him that day when it all went so wrong, so quickly. This time, though, without even realizing until the deed was done, he pulled into the parking lot and eased his tired truck into the same slot that it had slotted so many times before. This gave him courage, in an undefined way, the way that most of us grab onto nothing and make it something, because we must.

Henry’s resolve faded slightly in the foyer of the diner, a mild panic of trepidation. Nothing looked the same. But how could it? Years, maybe decades. His own life hadn’t been familiar for longer than the wine bottle remembered, rippling variations of once but not now. Then he spotted that wretched painting of dancing woodchucks, dustily still surviving behind the cash register, an image his wife had hated relentlessly, often vowing to rip said image off the wall and hurl it into the river that ran alongside the diner, a resultant fervency inspired by perhaps one too many glasses of wine. Good times, then.

“How many in your party, sir?”

Henry shifted his focus to the young lady standing at the worn but strong hostess station. Chipper she was, shiny, because life was still new and people hadn’t yet left. “It’s just me.”

“And would you prefer the main dining room or a table on the river?”

Ah, the river that the woodchucks narrowly escaped. “The river, actually. Would it be possible to have the table near the tree?”

Chipper looked down at something, perusing, then her eyes bounced back. “I think we can make that happen. Follow me, please.”

Henry followed, and he was soon ensconced at the very table that meant more now than it had then, if only he had known. But we never know until it’s too late. The waves crash, and the ocean knows no pity, only repetition.

Chipper placed a menu on the wooden table by the tree, another repetition, fleeting and always. “Could I get you something from the bar? Perhaps some wine?”

Henry thought that was a splendid idea, as the cork had already been plucked and so many things were flowing right now. “Something red. Surprise me.”

Chipper nodded. “Of course. Your server will be with your shortly.” Then she was gone, a faint refrain that echoed. Woodchucks and suddenly rooms were empty.

Henry’s gaze shifted from the river to the woman now beside his table, deftly placing a rose-tinted glass next to the menu he had not yet perused. Echoes bubbled in the vino again. He knew this woman, knew her well, from the fading moments when his wife didn’t care for stupid paintings. Gladys, was it? Yes, Gladys. “How ya doin’, darlin’?”

Gladys shrugged. “Can’t complain. Win some, lose some, you still have to pay the rent. More important, how have you been?”

Henry’s eyes suddenly welled, brimming, flashbacks, water going where it must. “I just… I get by. One day, another day. Then next thing you know the days are years.”

Gladys nodded. “Honey, I get ya. The road is rough and we don’t always have the right tires. I’m just glad you finally came back to see us.”

Henry turned back toward the incessant river. “I don’t even know why I’m here.”

Gladys nodded, again. “That’s okay. We don’t always understand why we do the things we do. Things happen and we shift and shimmy until we get it right. Now, what would you like to eat on this fine Sunday afternoon?”

Henry stared at the menu, unseeing. “I have no idea what to order.”

Gladys gently took the menu and held it behind her back, because kind people who think of others often know the very thing to do. “No worries. I’ll just bring out what you and the missus used to order.”

Henry’s throat tightened, because things were still so sharp after all these years. “But there’s just me. You know that.”

“Of course I do. But wouldn’t it be mighty fine to dine in the way that you used to do? I’ll be right here to help you through it. And Claire is here as well. I think you know that.”

Henry sighed. “Yes, I think I do. She’s the one who made me turn into the parking lot. I don’t know why, but she did.”

Gladys reached down and patted his hand, and Henry marveled at the human touch that had been absent for so long, however abstract it might be. “You just sit right here and finish your wine. I’ll be back out in no time and we’ll do this right proper.”

Gladys went back into the diner.

Henry’s eyes went back to the river.

And the water flowed.

The image for this post was graciously provided by Lynette. She knew I would go somewhere with it, but I doubt she expected this. I hope she approves, nonetheless. And in case you missed it, scroll back and peruse said image. Can you see the reflection of the woman in the wine glass? I certainly did, and the words trickled out from there…