The Conundrum of Clueless Changes 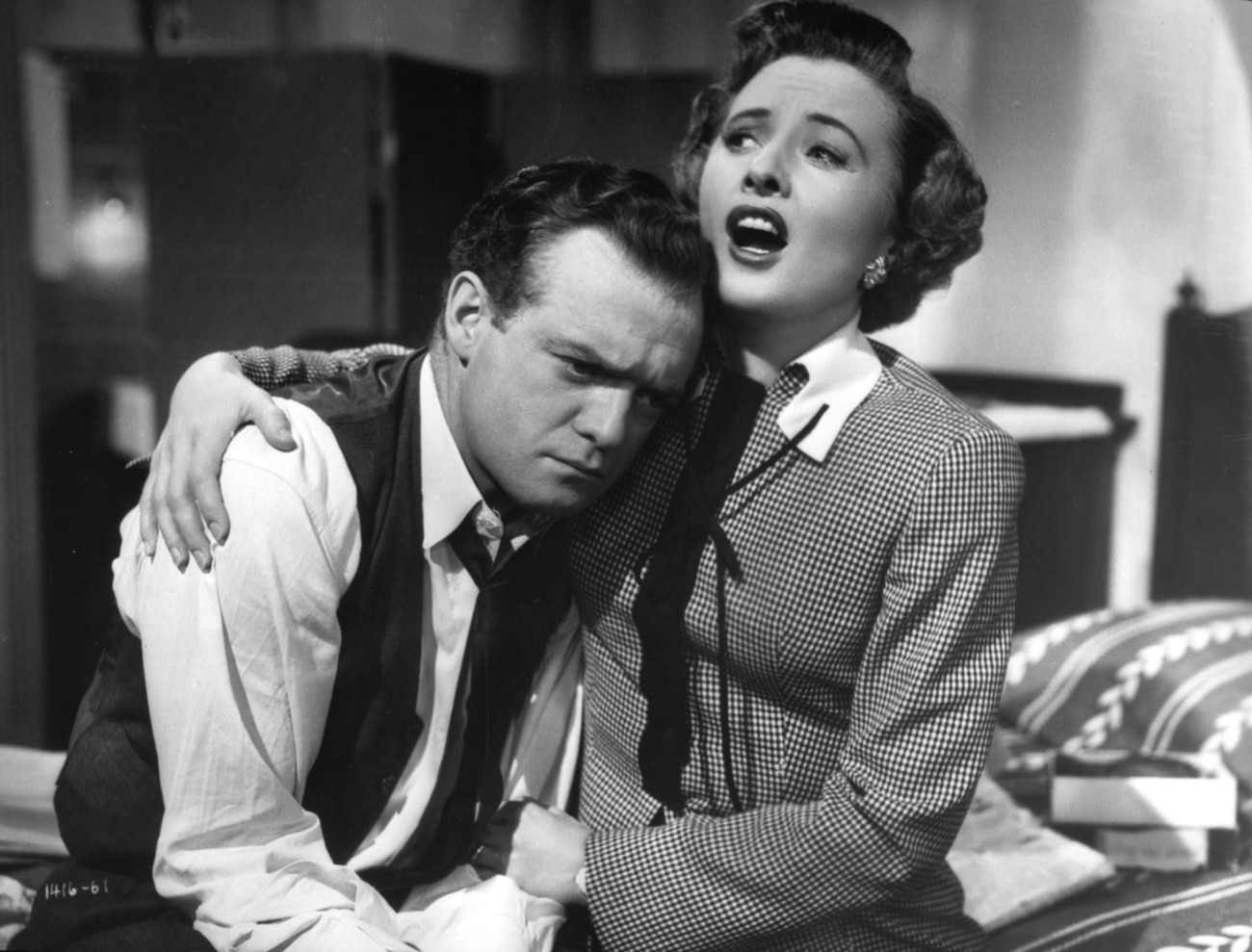 Van, left: “I can’t believe they’re doing this to me!”

Barbara, right: “I can’t believe it, either. Especially since I don’t know what you’re talking about. Who are ‘they’? And do they also want to do things to other people? Like me?”

Van: “But I thought you would understand my pain. That’s why I came to you.”

Barbara: “Actually, I came to you. I was at a cocktail reception in the Bijou Room around the corner, and I was merely seeking out the public loo that some drunken hussy told me existed at this end of the hallway. Then I heard screams coming from this room.”

Barbara: “I think that’s what you were doing. If not, you may have a medical or psychological issue which requires further study. By the way, could you not clench me so tightly?”

Van: “But you’re the one doing the clenching. Scroll up and review the opening photo.”

Barbara: “Oh, right. But you have your head on my bosom. See there? This isn’t really something one should do when someone else is innocently popping by to see if an axe murder is taking place. Such is clearly not happening, or I would assume that things would be much more messy, with blood spatter and whatnot. I watch ‘CSI: Vintage Hollywood’, you know.”

Van: “I must protest that my head is not on your bosom. I’m not allowed to place it there, according to that hideous Production Code enforced in 1934 by the studios after Hedy Lamarr bared her radial axis in a lake in that otherwise obscure German film.”

Barbara: “It seems that you are now obfuscating, and I really don’t care for that. Are you truly in some type of danger or can I march forth and attend to the gin that is swelling my bladder?”

Van: “Well, I just received a ransom letter in my email.”

Barbara: “Hmm. Well, that’s not exactly blood spatter, but I must admit to a tiny smidge of curiosity.”

Van: “You really seem focused on the blood spatter. Do you also have issues which require further study? Like that outfit you’re wearing. There’s really no valid explanation for it.”

Barbara: “I require that you get to the point or I will be quickly exiting stage left. What does the ransom letter say? Who is it from? Do you have any gin in this room that can keep me company whilst I process your rambling?”

Barbara, gasping: “Is this about the Block Editor? I’ve heard the horror stories about the enforced implementation of such. It doesn’t directly affect me, of course, because I come from money and I can pay people to take care of things for me. But it has caused some of my more artistic friends to abuse prescription medications, and that’s really annoying when one is trying to plan a proper dinner party. If you RSVP with a ‘yes’, then you should show up, not check into rehab. It’s just not proper.”

Barbara: “I thought you weren’t allowed to talk about your tackle, according to the Production Code.”

Van: “Your annoyance level just fluctuates wildly, doesn’t it? Look, just read this copy of the email that I printed out on the back of the room-service menu, specifically the section I circled in purple crayon.”

In two weeks we’ll be making some updates to the custom fonts available on WordPress.com to ensure that we have a diverse selection of high quality fonts. As a result, you’ll see the following change(s) on your site(s):

On lageose.wordpress.com:
Calluna will be replaced by EB Garamond

These updates will be made automatically on October 19, 2020. Because these fonts are very similar to the ones you already have, your visitors shouldn’t notice a difference on your site(s).

Barbara: “But wait, your name isn’t Brian. It’s Van, according to the scriptwriter. Or is this entire room filled with lies and deceit but not the blood spatter I was mildly relishing when me and my brimming bladder opened the door?”

Van: “Don’t quibble. The scriptwriter is merely trying to mesh reality with farcical whimsy, as he always does. Why are you even here at Bonnywood if you can’t grasp that concept?”

Barbara: “Because the drinks are free. And no one showed up at my own dinner party because everyone was busy seeking counseling after the Block Editor Hellfest. But I do agree that this is an outrage. No one should change anything about your appearance without your permission.”

Van: “Exactly. But that’s not the worst of it.”

Barbara: “There’s more? Have we not suffered enough? Well, you, mostly. I’m really not that invested.”

Van: “Look at the numbers. I received this email on October 12. It first states that they will be making the changes in two weeks. But then it says the changes will take place on October 19. That’s one week, not two. What in gay hell?”

Barbara: “Ah, that explains everything.”

Van: “It does? Enlighten me, Bladder Barbara.”

Barbara: “The programmers at WordPress clearly can’t count. And counting is a critical skill for a programmer. It’s clear that the wrong people were hired to do very important jobs. So, it’s obvious that WordPress is now staffed with members of the Trump Administration. None of those people know what the hell they’re doing.”

Barbara: “I’m always on something, a revelation you can interpret however you wish. But right now I need to be on the porcelain throne in your comfort chamber. I really need to recycle the gin. Once I’m done, we can plot revenge. Is it this door over here?”

Van: “No, that’s the closet. You don’t find anything in there except maybe a Republican politician. Take the door just to the left.”

Van: “Ignore any blood spatter you might find in there. We’ll talk about that in another post.”