15 Things About Modern Technology That Make You Want to Scream 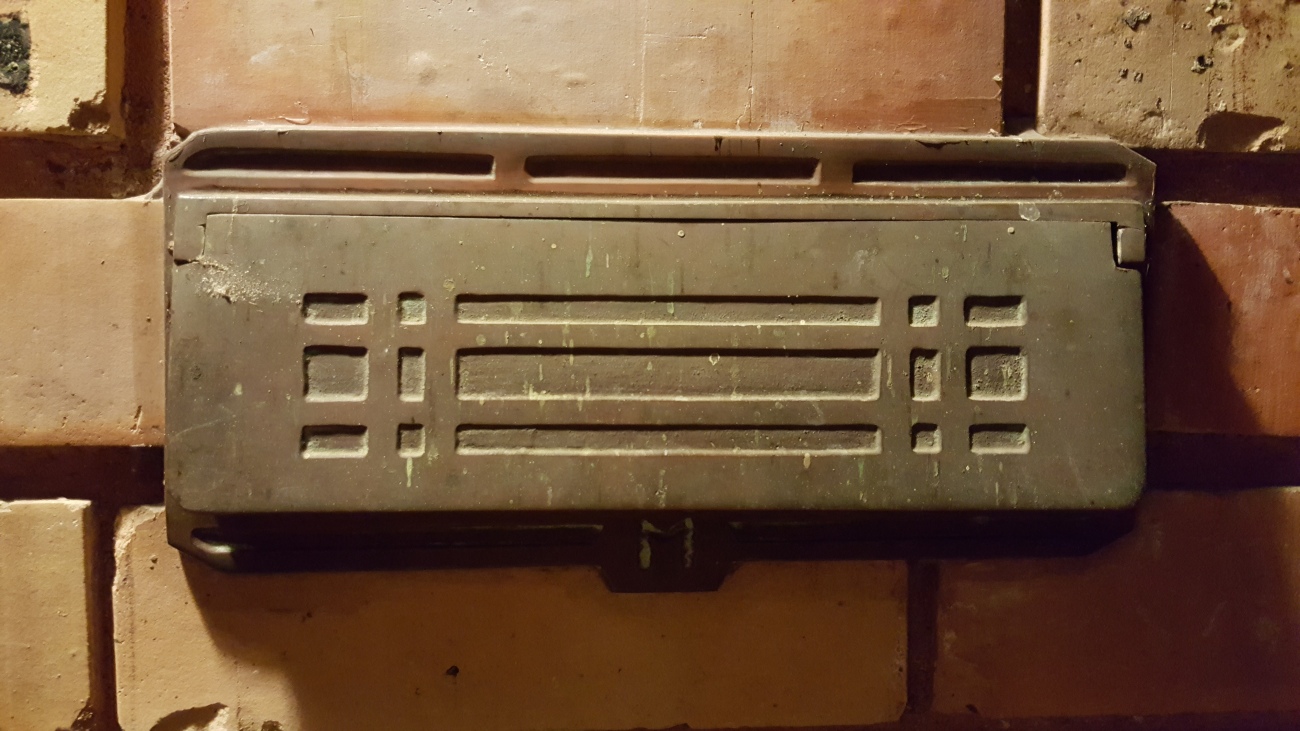 1. You watch a TV show that you’re not all that interested in just because you’re too exhausted to figure out how to get to that Guide channel on the new remote that your partner keeps swapping out every two weeks. (Why must we always have new ones? WHY?) Besides, every time you do find that menu, you punch a button you shouldn’t and eventually hell breaks loose.

The next day, people yell at you because the DVR stopped recording “Orange is the New Black”, half of the channels are now in a language that nobody speaks, and somebody is declaring that they’ve had enough of your heartless cruelty and they are moving out. (Hmm. Maybe I should push that button again and further fine-tune the population around here.)

2. You get irritated when a photo you’re trying to save from the Internet takes longer than two seconds to download, completely forgetting that in 1995 you were completely thrilled if a racy photo of Brad Pitt downloaded in less than 10 minutes. (And that was for a black-and-white, grainy snapshot. If you lusted after a full-color, crisply-defined photo the download would take three days and eat up half your hard drive.)

3. You discover that you are no longer able to from a proper, complete sentence after having sent roughly 40,000 texts in the last three years. The saddest part? 39,997 of those texts were completely unnecessary and generally involved food that you shouldn’t have been eating in the first place.

4. The soothing Bluetooth voice in your fancy new car announces that you should lose 23.7 pounds for an optimum driving experience.

5. You get really upset that your wireless phone dropped yet another call because you were in that “black hole” part of your house, and you angrily stomp down the hall past the wired phone that works just fine. Truth be told, you’ve forgotten about that old-school landline contraption, gathering dust and pet hair as the aging plastic cracks. (When it rings once a year or so, people get confused and think the fire alarm is going off, racing out of the house clutching family photos, heirloom china and a jump drive with all their social media passwords.)

Most folks don’t really need that landline anymore. But since the name of that old-school phone company has changed five times recently, you don’t even know what that bill is for anymore, so you pay it just in case it’s an important one. (Remember that time you didn’t pay the bill from “Beaver Valley Home for the Decrepitly Rich and Happy” because you thought it was a mistake? And then Great Aunt Edna called you from the McDonald’s where she was forced to live for three days until things got resolved? And then Great Aunt Edna, still smelling like a Happy Meal, changed her will and your stupid cousin Bucky was now in line to get her family estate instead of you? Yeah, we don’t need to go there again.)

6. Your email address gets picked up by some murky syndicate and suddenly you are getting endless promises of everything from drive-thru breast implants to a miraculously-strong penis that can double as a carjack.

7. Your email inbox hasn’t been fully cleaned-out in over a decade. When you try to click on some of the decrepit messages way at the bottom of the list, your laptop shuts down and a military helicopter flies overhead.

8. You start to initiate a friend connection on one of your 23 social media sites and a pop-up displays, warning you that you drunkenly slept with this person 12 years ago but you’ve managed to block out the experience. Are you sure you wish to proceed?

9. You’re so used to something in your pocket playing an annoying tune and buzzing like an insistent wildebeest that you no longer pay attention and you miss half your calls. Tragically but inevitably, because your life reeks of suckage, the missed missives include one from Great Aunt Edna’s lawyer alerting you that Edna might bring you back into the money-filled lineage if you respond to said message within the hour. Sadly, you don’t hear of this development until 7 hours later, when the overloaded battery in your phone burns a hole in your pocket and drops to the floor, inadvertently kicking off your voicemails while the now-leaking battery acid sets afire your favorite throw rug. (Why can’t I have nice things? WHY?)

10. Your own computer suddenly announces that you are no longer an Administrator on this device. But for a small monthly fee, it will allow you to access some of the non-premium content. Click here to sign up for the Platinum Plan.

11. You hit a wrong button on the confusing security-alarm control panel you had installed at the house. (Why must there be 47 buttons? WHY? What happened to “on” and “off”?) Next thing you know, the dishwasher suddenly turns on, “Orange is the New Black” starts streaming on the ceiling in the den, you hear a fire truck approaching from the end of the street (is the rug still burning?), and a Jehovah’s Witness rings your doorbell, somehow getting to your house on a mere bicycle before the fire truck can, yet another example of governmental ineptitude.

12. Your techie friends laugh at the fact that you still buy physical CD’s in a physical music store. You choose not to mention that every time you do this, you somehow manage to get the one CD with that weird crack in the plastic that you swear wasn’t there when you picked it up. Is the Bluetooth woman in your car doing something to your purchases when you aren’t looking? Probably. Maybe it’s time that she found another place to be soothingly overbearing.

13. You have so many user names and passwords that you are forced to start a spreadsheet for all that mess. And you must include a column with your answer for the security questions, because you’re getting old and it’s no longer easy to remember the first car you owned or the town where you were born or your favorite teacher in that failed social experiment known as high school. Sadly, said spreadsheet was on the jump drive that Cousin Beulah was sweatily grasping as she raced outside during the false fire alarm that was really the unused phone burping to life for the first time since 1997. Hold up. Where is Cousin Beulah? Just how far did she run?

14. You start to join another website, and you are flummoxed when the unique “surely nobody is using THIS” user name you enter is already in use. What the hell? Who else would go by “@KDWbang!%”? Have I been to this website before and I just don’t remember? Are the breast-implant people stalking me? Is this the place where I pay the bill that I don’t understand might be for the phone that I don’t use? Why can’t we just go back to everybody communicating using Big Chief tablets and those really thick pencils designed for people who are dipping their first toe into the world of written language.

Perhaps the world would be a better place, taking a step back. Considerably more uninformed and naive, but then again, all the proven knowledge in the world is now at our carpal-tunnel fingertips, yet we still have absolute idiots running amuck and shooting ignorance out their asses. Which is the better deal, I ask with minimal sarcasm and maximal sadness?

15. You wake up in the middle of the night screaming “ACCESS DENIED!” and your bed partner sighs and heads to the guest bedroom for the rest of the night, frustrated once again and sending a furtive text to Great Aunt Edna that she made the right decision. This dog don’t hunt. Meanwhile, the Jehovah’s Witness is still on your front stoop, patiently waiting whilst counting the number of moths who fail in their mission to conquer the porch lightbulb. In the distance, Cousin Beulah is still running for parts unknown, jump drive still in possession, the world still an oyster, hope still somewhere…

Previously published. Considerably revised and updated for this post, as that original piece (and many of you will know exactly what I mean) was one of those where you open the saved file and think “did I really throw this out into the ether and think people would actually appreciate it?” We all have our clunkers, we all have our patches, and somewhere in the process we do our best to salvage it all…

Aunt Edna, answering the phone, already annoyed: “What is it?”

Cousin Beulah: “Eddie? This is Boo.”

Edna: “That means nothing to me. Make this more interesting immediately or I’m hanging up.”

Edna: “And who the hell is Amelia?”

Beulah: “Your daughter. Well, one of seven. You sure popped ‘em out a lot, didn’t ya?”

Edna: “That means nothing to me.”

Beulah: “It should mean that I now know all about what you did late December, 1963.”

Edna: “Oh. Well, how much money will it take for you to throw this jump drive thing off the Tallahassee Bridge?”

Beulah: “Wow, you move fast. I was gonna work up to that, but I guess I can toss aside this notecard.”

Edna: “I’m 97. There are only so many pages left in my day-planner. What’s your bank account number?”

Beulah: “Um, I’d have to look it up. That’s on another file and I don’t have the password with me. Can I call you back?”