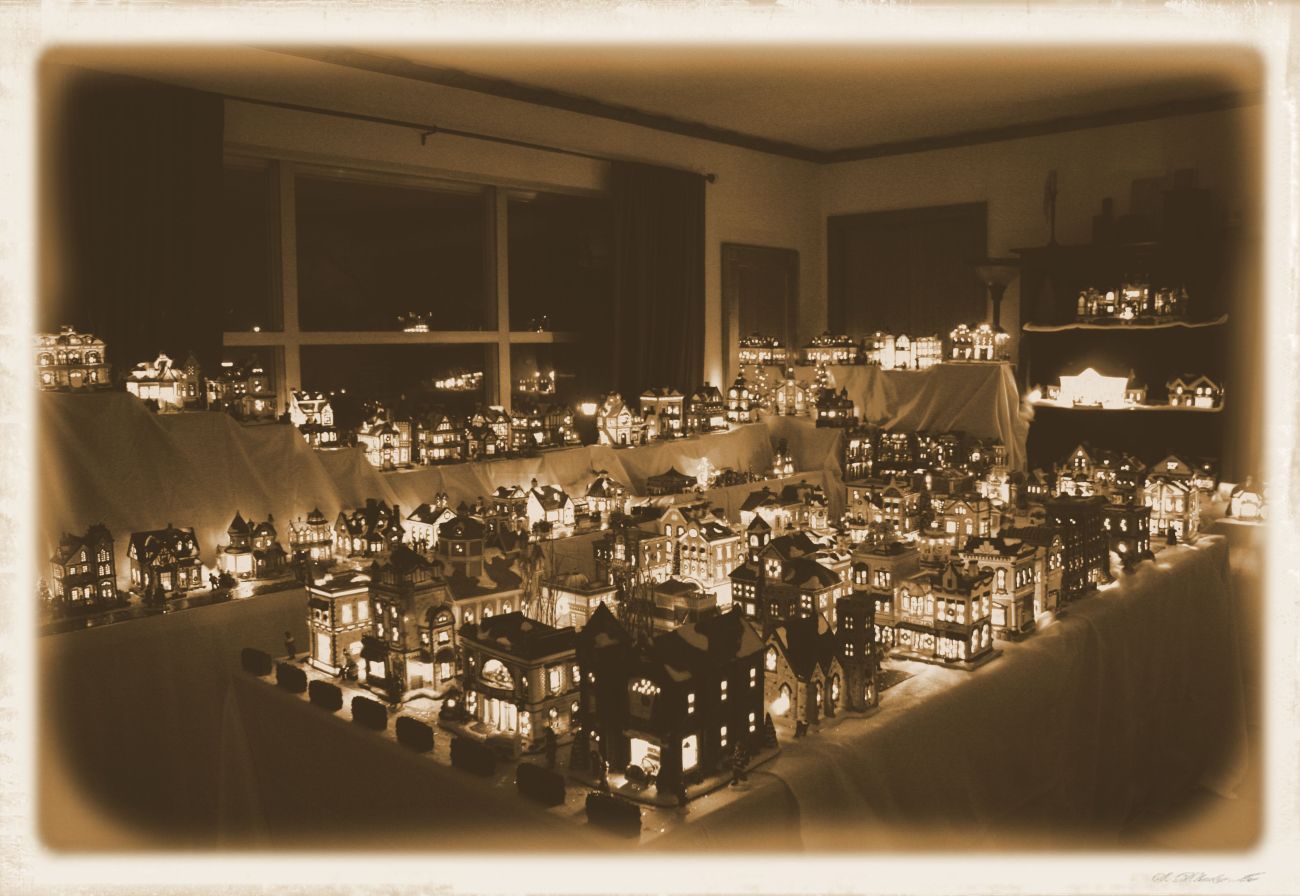 Note: Another twisted chestnut from my archival stocking, thus explaining a few of the dated references…

[Take cheap plastic meat out of cheap plastic packaging prior to arrival. Wrap meat in the ugly silk scarf that Cousin Edna tossed your way 20 years ago and you’ve never worn.] “This is a special friendship log that I ordered for you from Bolivia. It was hand-made by hundred-year-old nuns in a convent dedicated to the sausage-making skills of St. Felicia the Sturdy-Limbed. They have taken a vow of silence, so I don’t really know what’s in it, yet legend has it that you will now be fertile whenever fertility might be necessary. But you might want to stay away from Bolivian sacrificial ceremonies if your loins start to tingle, especially if there is an active volcano nearby.”

2. The leftover plastic cap from a gallon of milk.

[Be sure to hold cap upside down when presenting with a flourish.] “This is a tea light holder recycled from salvaged parts of Apollo 13. This has actually been on the moon and was later touched by Tom Hanks when he was rehearsing how to look uncomfortable in a tight place. That patch of dried whiteness that smells like dairy is really the sweat from one of the astronauts, dripped on that very spot due to the heat of reentry. Only 10 of these were ever made, and Ron Howard owns 9 of them. By the way, you probably shouldn’t show this lovely gift to your cat, because it might get whacked under the couch and you will never see it again.”

3. A chicken bone from KFC.

[Light incense just before proffering to recipient.] “This is a special love talisman blessed by the Voodoo Priestess Marina del Crotchlina de Taco Bella. She rubbed it profusely during an intricate, midnight ceremony wherein there was chanting and the releasing of orgiastic cries whilst startled chickens experienced sudden changes to their flight itinerary. If you wear this around your neck, you will exude an overwhelming musk that will have lusty, foreign lovers throwing pebbles at your window late at night, begging for a chance to sample your secret herbs and spices.”

“They have been lying to you all these years. This really IS a toy.”

5. A small tree branch that fell in your yard.

[Prep this item by stripping away ugly limbs to make it more convincing and streamlined. A splash of red food coloring on the sharp end will be a nice touch.] “This is a battle spear used by the Mayans during the Cucaracha Revolution. Some say it’s the very spear used to torture Mother Theresa Quesadilla, forcing her to reveal the hiding place of the Babbling Bishops while she was held captive in a Mexican restaurant. Late at night, if you listen carefully, you can hear the spear asking if you’d like a side of guacamole with that.”

6. An old bucket and a garden hose.

“This was Marie Antoinette’s favorite bidet. I got it on eBay. Apparently she doesn’t need it anymore.”

7. The bag of grass clippings that you forgot to drag to the curb on Trash Pickup Day.

(For authenticity, peel the produce sticker off an apple and slap it on the bag, giving it an air of somehow being imported from a faraway land where people speak funny and have odd holidays that don’t make sense.) “This is mulch from Scotland. It was composted under the very tree where Mary, Queen of Scots, had someone executed for not wearing plaid at a time when they really should have done so. If you use the mulch properly, your begonias will thrive, you will suddenly know how to play the bagpipes, and you will feel the growing need to dispense with underwear whilst sporting knee-high socks and a jaunty cap with a little pompom on top.”

8. The never-read owner’s manual in the glove box of your car.

[Prep work: Cross out any wording on the front, and then seal the book closed with duct tape. Beat manual on ground to give it that nice ancient-text aura.] “This sacred book contains all of the secrets of the known universe. But you are not allowed to open it until Justin Bieber is no longer popular. If you open it before then, there is the possibility that he might reproduce, and this planet simply cannot survive if there are two of him.”

9. The spare tire off your car.

“Wear this around your waist and roll down a hill. Everybody is doing it in France. Except Marie Antoinette.”

I think this one is self-explanatory.

Because nothing says “thinking of you” like making someone perform manual labor on a little rectangle that they will just throw in the trash when they don’t win anything. Translation: “You are disposable to me, and my affection is dimming. Can you pass the pea salad?” (Side note: Only present this gift to those people where it’s fundamentally clear that you will never be in their will and/or it’s obvious that anything in their will can’t possibly be worth squat. Side note two: Yes, I realize that some people actually do hand out scratch offs at Christmas, but that’s not the only thing you give them, right? Right. So, totally different scenario.)

[Preparatory Note: This gift should be directed towards individuals that are the least related to anybody else in the room, like the latest girlfriend of your distant meth-lab cousin, the miscreant who changes paramours and incarceration facilities every month.] Nobody likes Pearl. She’s scathingly rude and doesn’t bother to bathe properly and is so bitter about everything that she hasn’t had an admirable bowel movement in 37 years. (Admit it, there’s a pearl in many family shells.) Isn’t it time another family had the opportunity to be berated about everything they try to do in their lives? I think so.

Share the misery and cast the Pearls far and wide. Who knows, maybe Pearl will finally find a family that doesn’t disappoint her as wretchedly as her own does. And in that respect, you’re performing a noble public service. (P.S. Be sure to tuck all those unwanted fruitcakes in Pearl’s overnight bag as she heads out the door. It’s the only way to get rid of them. P.P.S. I sure as hell hope I’m not the Pearl of my family, because it’s very possible that I am.)

Fair Disclaimer: This last entry is now burnished with a significance that I couldn’t have imagined ten years ago when I first scribbled the words, what with 2020 bringing the Covid and the lockdowns and the travel bans and the general upheaval this year has been. For the safety of ourselves and our loved ones, we shouldn’t be congregating, however much we might yearn for such. That’s just life right now. But we will make it through.

13. The Best Last-Minute Gift of All.

Simply being there for your true family, however you define “family” or “being there”. All snark aside, your presence is far more golden than your presents. The gift that goes both ways is getting as close as you can to those who celebrate you home, regardless of wills and bloodlines. And maybe you can’t be there physically, and that’s fine, the spirit is what matters. Love is not a biological mandate, it’s a choice, a freedom, an essence that sits at the dinner table even if the chair is empty, a warmth that happily samples the fruitcake in us all and doesn’t mind the weird candied green things. Holidays are about who you think of, not where you are.

And now I’m off to drink the rest of the milk in the plastic jug, because I’ll probably need that cap in a few days…

Previously published, some changes made. Special activity for those who feel moved to participate: Care to share the story of a desperation gift that you’ve given someone? Come on, you know you’ve stumbled somewhere…