Soul Dancing: A Big Pile of Smart-Ass Predictions for 2021 That Probably Won’t Come True but I Can Still Dream About Them in My Fortress of Solitude 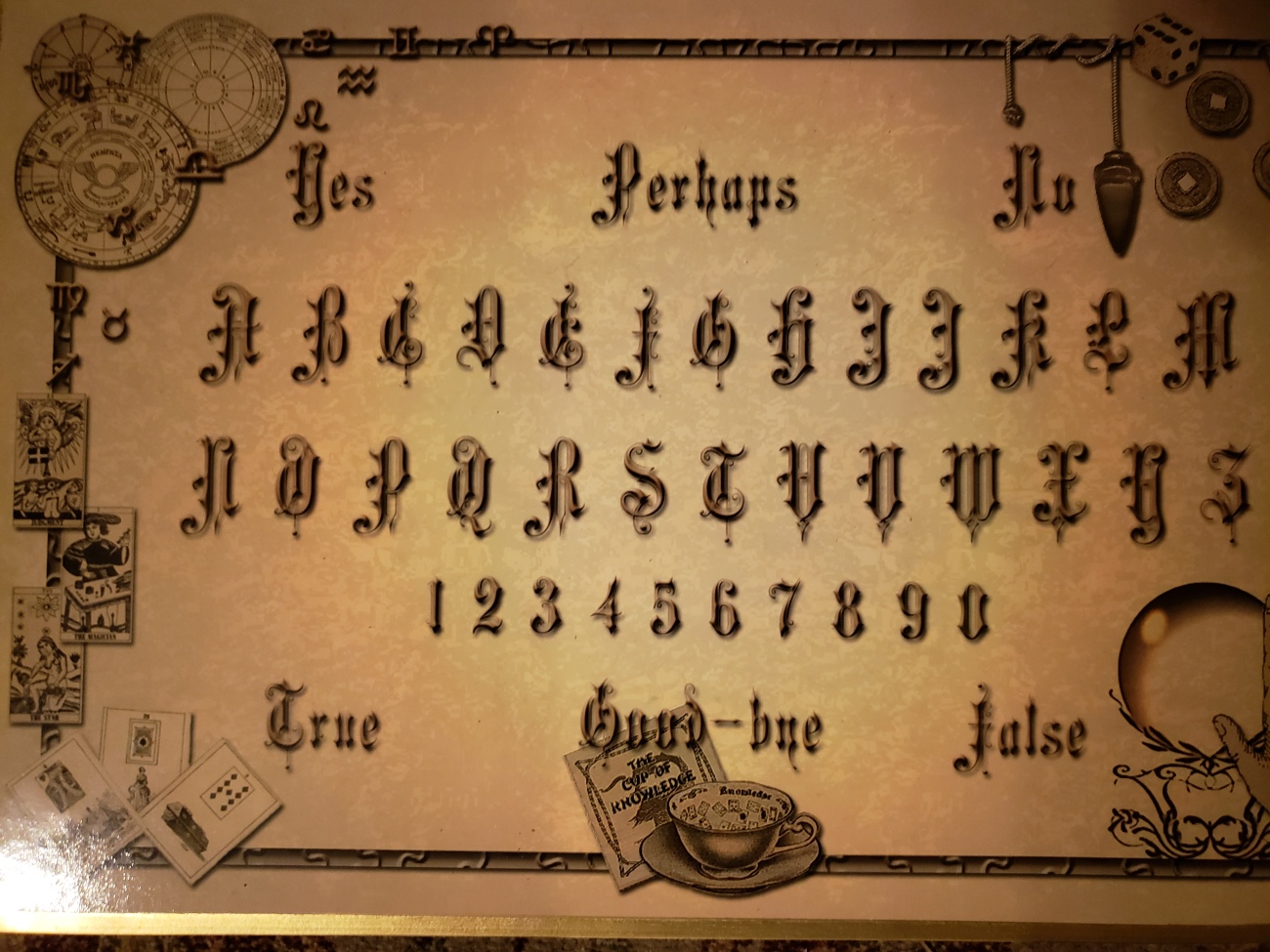 Note: This list is actually from two years ago, but the song remains the same, for the most part…

1. Car manufacturers will finally develop a special button for your dashboard which, when pushed, will cause the car in front of you at the drive-thru ATM, wherein the occupant is taking forever to make a simple transaction, to be hurled into the blazing hell of the sun.

2. Said manufacturers will also develop a secondary button, one that can be pushed if you happen to be the twit who can’t grasp modern technology or science, sending a message to Fox News that they should defend your idiocy no matter how much you lie and thus preventing your otherwise-deserved immolation. These dual buttons will basically exemplify current American politics. (Future Historian: “And in the year 2019, 2020, 2021it all came down to button-pushing and scare tactics and threats of deportation, the three pillars of the once-great Republican Party. Abraham Lincoln had to block them on social media.”)

3. Gum-smacking in public will finally be recognized as a war crime by the United Nations General Assembly.

4. Restaurant owners will be fined if the entrée they slap on your table does not match the picture on the menu. The fine will double if said entrée has clearly been kept under a warming light since the War of 1812. (Dolly Madison: “OMG, the White House is on fire! Whatever can I save? Hey, why don’t I grab that unfinished portrait of George Washington and run like I’ve got crabs in me knickers.”)

5. Someone will finally figure out that maybe you shouldn’t let just anybody into the White House. (Security Guard: “What was your name again?” Man: “Kanye West.” Security Guard: “Nope, we’re not doing that again.” Kanye: “But I love Donald Trump!” Security Guard: “And that’s the reason why.”)

6. The morally-waffling staff at Twitter will finally realize that what Donald Trump is doing with his account is not acceptable and shut it down. It’s one thing to be a sociopath living in your parents’ basement and spewing provably-false crap. It’s another thing to be the supposed leader of a nation and doing the same.

7. Mark Zuckerberg, the supposed founder of Facebook, will finally be found guilty of being an arrogant snot who sold his soul to the Russians. Along with the personal information of 55 billion users. (“It is up to the user to go find the special setting that we have hidden on a secret page the user can’t find because it doesn’t exist. And even if they do find it, we’re going to do what I want anyway. Because nobody puts Baby Zuckerberg in a corner.”)

8. Is it too soon to mention Donald Trump again? (After all, he mentions his own name every three seconds, especially when he’s pleasuring himself at night.)

9. There will actually be a surprise winner at the Academy Awards. (“And the Oscar goes to… who the hell is that?”)

10. One of the major TV networks will finally allow a quirky but intelligent series to last longer than three episodes. (My heart will go on loving you, “Pushing Daisies”. I will not let go. Love, Jack.)

11. A blockbuster movie will finally be released that doesn’t involve explosions, violent deaths, or a busy soundtrack that tries to obscure the fact that we’ve seen it all before.

12. A brave executive at one of the mega-huge music corporations will finally stand up and say “Hey, maybe we should stop using the Xerox machine to produce new artists.”

13. Someone will win on “The Voice” who isn’t a white, teenage female with 0.0002 body fat. And the billions of unfocused teens who vote for such an exclusionary ideal, with the intensity of woodpeckers on crack, will understand that sometimes you should vote for what you can’t see in the mirror rather than what you can.

14. I will finally release my own album, covering emotional songs from the 70s and 80s that helped me grow spiritually. Think Janis Ian singing “Seventeen”. If you don’t know who that is, well, all the more reason you should buy my album. But you’d better hurry, because I’ll only be on the charts for roughly 13 seconds. (News reporter: “In breaking news, it appears that an unknown artist from Oak Cliff, Texas has just….whoops, never mind. Back to you at the anchor desk, Fred.”)

15. There will come a day when people will understand that just because you didn’t do everything they expected you to do, it doesn’t mean that you couldn’t. Life intervenes, and you just hope you get a second chance, and maybe a third.

16. Gas pump prices will stop showing that ridiculous “X.X9” value for a gallon of gas. 2.99 is three dollars, not two dollars. Who are you trying to fool? That car in front of me that can’t figure out that this isn’t an ATM? (“Why are there so many buttons?”)

17. Digital book publishers will stop charging outrageous prices for something that doesn’t cost them anything to distribute. It’s digital. It’s not like minions are sewing bindings in a slave camp in Guatemala. If you expect me to pay 25 bucks, I want something physical I can put on a shelf and never read, not something ephemeral on a tablet that I will never read. (Mega-Selling Author: “You have no idea what it takes to write a book.” Me: “Oh really?”)

18. Brian will finally learn to stop being bitchy about things that are not really that important.

19. Put no faith in the above entry. After all, this is Bonnywood. (Little Brian: “Momma, someday I want to write stories.” Momma: “That sounds swell. Just don’t be bitchy about it.” Little Brian: “Okay.”)

20. News reporters will stop using the phrase “admitted homosexual” and utilize a more pleasant term, like “happy camper” or “rainbow enthusiast”. This is 2021. The only people who are still afraid of homosexuals and lesbians are people who are still in the closet, like Mike Pence and Jeff Sessions, who have done everything they can to stop people from loving who they want to love. Luckily, one of them is already out of a job. Let’s hope his former boss will soon be.

22. Put no faith in the above entry. After all, those who forget the past are doomed to re-post it. (Medium Brian: “Momma, I was thinking of re-sharing that post when I was Little Brian where I did something amazingly stupid.” Momma: “That sounds swell. Just don’t post it more than twice.” Medium Brian: “Okay.”)

23. Somebody will invent a fat-free salad dressing that actually tastes good.

25. I will finally get revenge for those times in my youth when the popular people made me feel small because I was different. Concurrently, I will also realize that revenge is a cold dish best left unserved. This doesn’t mean I have forgiven you. It means you aren’t worth the time I would have to spend in the kitchen to cook the dish.

26. I will sing a song of great beauty and insight, one that eases the loneliness that I have felt for so long, even though I know that the only person in the audience who fully understands what I am singing is me. Write this one down, folks. It’s perhaps the rawest moment you will ever get from me.

27. I insist on dreaming in color. I’m a happy camper, despite the misdirection I sometimes proffer to the contrary.

28. Right at this moment, as I type away in the early hours, it’s raining in Dallas. A cold, hard, winter rain. I suppose I could latch onto that development, an accessory for my admittedly melancholy mood. I didn’t plan to get to this point when I started this mess, but things develop and you follow the muse, which is how I write most of my stories. I never know where I’m going until I get there, which, really, is how most of us navigate this thing we call Life.

29. But I don’t want to end on the downswing, not for this piece. I want joy, I crave understanding, I yearn for the critical moment in our world when everything clicks and everybody breaks the shackles of prejudice and nobody hates and we simply accept one another for the warmth we have to offer. And when that moment happens, those of us who can sing, and those of us can’t, will join hands and record an album we will simply call…

Previously published, tweaked a smidge here and there. And for the record, as I prep this re-post, it’s raining cold in Dallas, same as two years ago. Time slips..

Momma: “They sound swell. But don’t get too uppity. Nobody likes a button-pusher.”