10 Reasons Why Assembling a Fake, Pre-Lit Christmas Tree Will Suck The Life Out Of You

1. The stupid box it comes in. As soon as you dump the various sections of the tree out of the shiny, new box, you might as well throw the box away. You are never going to get all of the tree back in that box. And as […]

Click Here to read this story from the beginning. Initially, the room was in stunned silence following Buford’s pronouncement that he wished to serve the Lord via a midlife career change, then the chaos descended. “Now you’re my favorite son!” squealed Granny Crown, hurling herself into Buford’s arms […]

Click Here to read this story from the beginning. Momma Crown sighed for the twenty-second time that day as she entered the living room and approached her mother-in-law, who was standing at the picture window in the front of the room. “Tell me, Mother,” she queried, “why is […]

Click Here to read this story from the beginning. Before Momma Crown could counsel her child that it was entirely possible to be popular without being a miniature slut, there was a clatter as Granny Crown traipsed into the kitchen from the living room. “Mother!” exclaimed Momma Crown. […]

Note: The following is a short series that I created for one of my other blogs a few years ago. The original intent of the series was to show appreciation for some of my ardent blog followers by working their names into the story line. Reading it […] 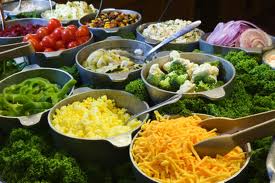 10 Reasons Why Salad Bars Are Just Like Real Life

1. Nobody really wants the lettuce. Sure, we’ve been raised as consumers to believe that the foundation of any decent salad is chopped-up leafage of some kind. This is a scam. Do not fall for it. The salad people want you to load up on the greenery so […]

20 Signs That I Was A Complete Geek In High School

Picture it. Broken Arrow, Oklahoma. Late 70’s, early 80’s. We didn’t have any money. And GO… 1. The fact that I would go out in public looking like I did in the photo above. 2. A female friend had to pull me aside and discreetly inform […]

10 Reasons Why I Shouldn’t Go Grocery Shopping Without Supervision

1. The parking lot. The uncontrolled behavior starts before I even get in the store. I’m one of those who doesn’t like to park anywhere near the entrances to a retail establishment, because some drivers are incredibly stupid and inconsiderate and I don’t want them maneuvering a vehicle […] 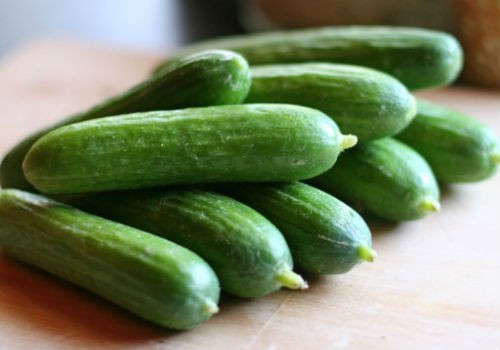 1. You become aroused simply walking through the produce section of the supermarket. (Stay away from the cucumbers and the carrots. And you might want to avoid the gourds as well, because some of those raised bumps can look very interesting.) 2. You seem to be […]

10 Things To Do While Waiting for an Inspirational Blog Idea

1. Open the refrigerator door and stare into it. It’s still all the same stuff that was in there the last twenty times you looked, but if you stare hard enough you will notice something that you haven’t seen in a while. You probably won’t want […]