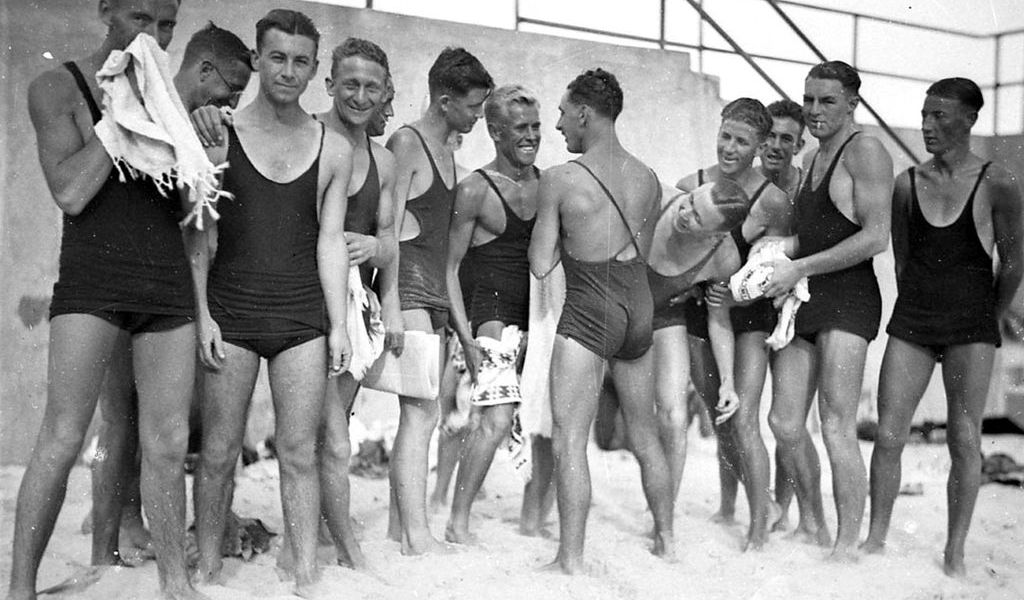 Life is often confusing, but one thing is abundantly clear: In order to win the Miss America contest in 1935, contestants did whatever it took to get the rural vote…  Note: This is Exhibit #11 in Bonnywood’s March Madness. Details found here. And yes, this is a publicity […]

Okay, folks, we’re going to deviate somewhat from my usual methodology with this type of post… This Past Imperfect is one that has languished on “Crusty Pie” without being revised and shared on Bonnywood. I’m not a fan of the original micro-story I scribbled, yet I’ve been unable, […]

A Totally Random History of America – Part I

2000 B.C. – 999 A.D.: The Native Americans live peaceably for thousands of years. Sure, a few of the tribes were a bit violent, but this pales in comparison to the religious persecutions that were all the rage in the Old World. (“I have the religious right to […]

Left to right… Guy #1: “Golly gee, I can’t believe I got elected to Congress with these other fine gentlemen. I was just trying to get a fishing license and I guess I filled out the wrong paperwork. I don’t even know where Washington is. I wonder if […]

Are any of these men able to wear a hat with grace and style? No. Is the happy kindergarten teacher with the six beers an alcoholic? Yes. Is that Sandra Bernhard doing a photo bomb on the right? Quite possibly. Will any of these people remember what they […]

1. “The wi-fi really sucks in here.” 2. “I didn’t realize you were THAT invested in getting my Adele tickets.” 3. “Guess I didn’t need to save those vacation days after all.” 4. “Well, at least I won’t have to put up with any more psycho-drama at Thanksgiving […]

Note: This bit seriously messes with the time-space continuum. Just raise your arms and ride the roller-coaster… King Edward VIII: “And so it is with heavy heart that I must abdicate the throne so I can be with the woman I love. I’m sure that many of you […]

Glycerina was rather proud of her festive ensemble, as she well should be. After all, it had taken a tremendous amount of effort to put things together, what with The Great War going on and everyone being so bitchy about supplies and late shipments and “personal sacrifice for […]

As Mrs. Shawn rounded the corner into the living room, she finally began to realize that her son might never marry. Still, there was hope. Mrs. Shawn: “Darling, must you?” Ted: “Yes, Mother. I must provide an output for my muse.” Mrs. Shawn: “I’d rather you not be […]